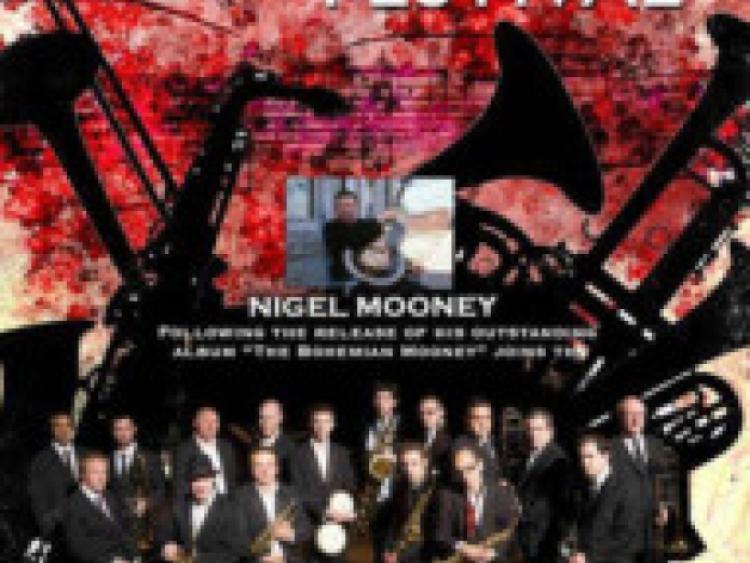 Darragh O’Neill starts proceedings in St George’s Church tonight at 8pm, while The Breffni Players Variety night in The Dock will take place tonight and Thursday at 8.30pm.

Carrick Cineplex is hosting a special night of music and movies as part of the festival, with screenings of musical movies, The Sapphires, Blues Brothers and The Last Waltz, and live music in the café from John Cathal O’Brien.

Thursday brings a free concert in The Landmark Hotel 7-8pm from Note-Orious 4 - a female Barbershop and A Cappella 4-part harmony quartet. Later that evening in St. Georges Church, the Sligo Baroque Orchestra will perform at 8pm.

Friday welcomes the return of the French Markets by the Quayside for the weekend and the return of the Festival Fine Art Auction Exhibition presented in The Landmark Hotel, viewing Friday evening Saturday and Sunday, the auction is on Sunday at 3pm.

The first of the Marquee events is on Friday evening, with 17 piece Dublin City Jazz Orchestra and guest vocalist Nigel Mooney performing at 8.30pm. After the marquee, make your way to The Dock for the Late Night Festival Club from 10pm where The MASS band will get you dancing, playing funk, soul, disco and everything in between!

Saturday 29th is a jam-packed day, starting with two Instant Orchestra workshops from Martin Brunsden at 10.30am and 11.10am. Participants learn to play the angklung, a tuned bamboo rattle from Indonesia with an exciting and melodious sound.

At 12.30, Brunsden plays the double bass along with Laoise Kelly on Moon River for a special Water Music Cruise. Laoise is currently touring with Christy Moore and Martin has recorded with over 200 artists from Sinead O’Connor to PJ Harvey.

‘Words & Music’ present ‘Carrick Remembered’ by Trinity Rare Books in The Dock at 2pm; hosted by Brian Leyden. From 3pm-5pm in the Market Yard there will be two FREE youth theatre workshops presented by actor Charlie Hughes.

The Gala Water Music event, Vladimir Jaokov’s Classical Twist takes place at 8pm in the Marquee. After the marquee, starting at 10pm in The Dock is DJ Paul Cunningham spinning an eclectic range of funk, soul, hip hop and electronic that’s sure to get you dancing. Also taking the stage is indie two-piece ‘We Cut Corners’.

Sunday 30th sees Festival favourites ‘The Original Guinness Jazz Band’ return to Moon River for a noon sail. On the water you will also find a Kayak, Canoe and Paddleboard taster session from 12-6pm. In The Dock at 12.30pm, the Custard Pie Puppet Company return to the festival with ‘Rumpelstiltskin’, directed and adapted by Conor Lambert.

Witness ‘Baby Bop’ at 2.30pm - a multi-sensory music and colour experience created by the Phase One Festival crew . In St.Georges Church at 5pm a piano recital by Jessie De Bellis. De Bellis will perform a range of Classical and Latin American pieces in what is sure to an evening of musical delight. Closing the festival in the Marquee at 8pm is the legendary Finbar Furey.

For bookings and info visit www.carrickwatermusicfestival.com or call (071) 9650828.