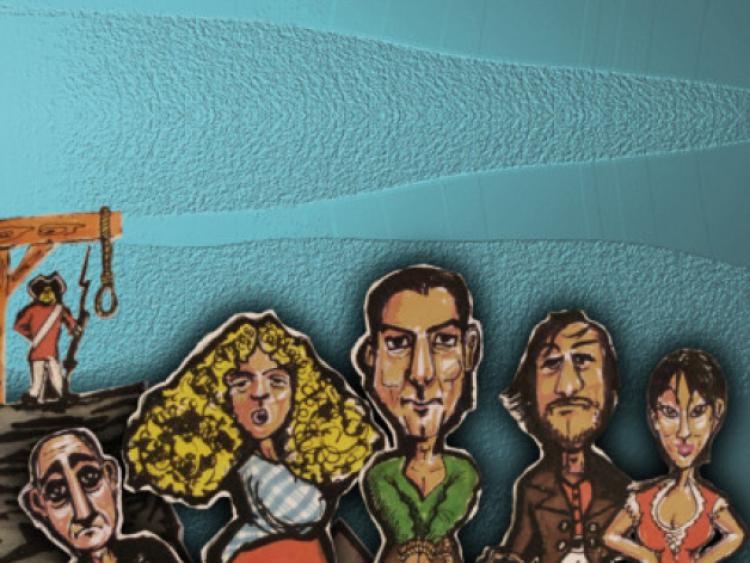 Rebels and villains come to life in Arrah Na Pogue, at the Backstage, Longford

Rebels and villains come to life in Arrah Na Pogue, at the Backstage, Longford

This classic Irish play written by Dion Boucicault is directed by Seamus O’Rourke who is the artist in residence at Backstage Theatre. The cast is drawn from across Longford, Leitrim and Roscommon. With an array of colourful characters, this play is set to have audiences in stitches when it comes to the stage from September 12-14.

Beamish Mac Coul, is the local hero. Descended from the high kings of Ireland, Mac Coul lands have been confiscated by British forces and Beamish is on the run. While in hiding, Beamish holds up the shleeveen rent collector Feeny, relieves him of his takings and, in true Robin Hood fashion, gives all his spoils to the locals. The brave Arrah Meelish, shelters Beamish in her cabin, risking her own life and that of her betrothed, Shaun The Post. When this secret is revealed on her wedding day, things take a turn for the worst for Arrah and Shaun. Shaun will do anything for Arrah, including risking his own neck, by taking the blame for Arrah’s action in harbouring a rebel. Michael Feeny is the wan everyone loves to hate. He’s a turncoat. After his money is stolen by Beamish, he wastes no time in exacting his revenge, regardless of who may get hurt in the process.

Fanny Power, is secretly in love with Beamish Mac Coul, using her womanly wiles, she tries to secure a pardon for her man. But will things become unstuck when her secret comes out? Colonel O’Grady, has his heart set on marrying Fanny. Despite this betrayal, will O’Grady do the right thing when the lives of innocent people are in his hands?