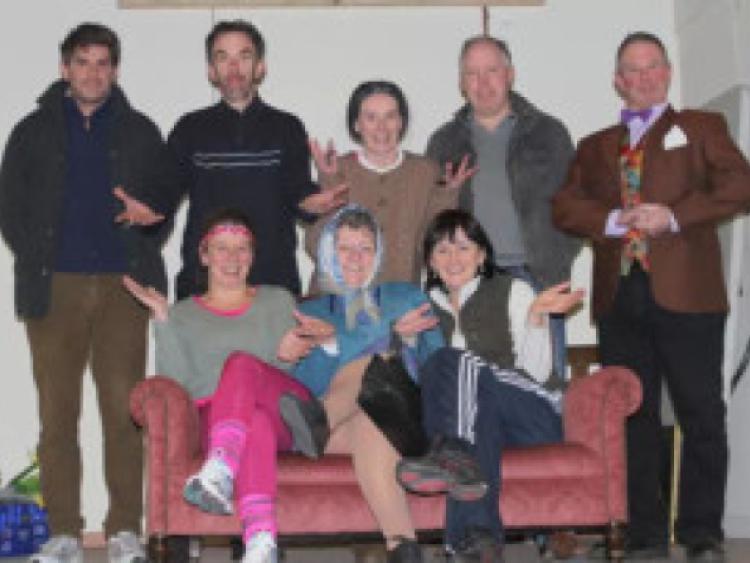 Mohill Acorn Players have been playing to full houses all over the North West with ‘The Two Loves of Gabriel Foley’.

Mohill Acorn Players have been playing to full houses all over the North West with ‘The Two Loves of Gabriel Foley’.

They are now bringing their successful Comedy to the Town Hall Theatre in Galway City on Thursday, January 23 and Friday, January 24.

The directors and driving force behind this production are Mohill natives, Anella McGuinness and Padraig Mcloughlin. Both have main roles in this very funny play by Jimmy Kearey.

In a recent article all about Jimmy, the Sunday Independent called him “The most successful play write you never heard of”. His plays – mostly comedies – have been performed all over Ireland but ‘The Two Loves of Gabriel Foley’ is the funniest and the most popular.

The Acorns have been filling halls with merry cheer wherever they go. One small village filled their large hall twice with the same audience – they couldn’t get enough of Gabriel Foley and a lady there said, “We would all go again if you came next week” and that was the general consensus wherever they played.

Phillip Flood is a Cavan man and expertly plays the part of the outlandish Liam. Bridie Fitzpatrick from Killoe plays Gabriel’s long suffering mother. The remaining stars are all from Leitrim with Máire Canning as the uppity Hazel, Mary Farrelly the collapsible Lucy and Dave Price the slimey Clive.

Here’s hoping that we see a large crowd in the Town Hall on the two nights. Let’s hope Leitrim people exiled in Galway will attend and be very proud of their county of birth on Thursday, 23rd and Friday, 24th.