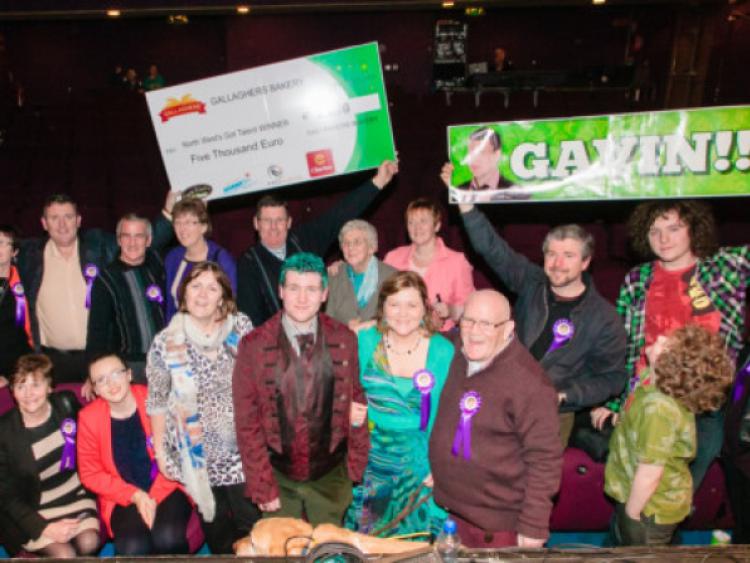 Twenty-one year old Gavin Sweeney from Drumshanbo was the winner of the North West’s Got Talent Final in Sligo at the weekend.

Twenty-one year old Gavin Sweeney from Drumshanbo was the winner of the North West’s Got Talent Final in Sligo at the weekend.

Performing Arts student at the American College in Dublin, Gavin Sweeney battled his way past 90 acts to make the top spot in the HawksWell Theatre, Sligo on Sunday, March 30.

Sweeney performed ‘Stars’ from the hit musical Les Miserables, and is a powerful and emotional solo song.

Gavin Sweeney would love to have a career in music theatre and the judges on the night told him he is “well fit for the stage” with a title more tutoring.

As well as winning the prestigious title of the top act in he North West, Gavin took home the €5,000 prize.

Acts had to make it through an initial audition and 36 acts were picked from the private auditions to go on to the semi finals in front of a live audience at the Hawks Well Theatre, Sligo.

From the semi finals four acts were chosen along with the audience Wild Card finalists.

The large scale talent competition was sponsored by Gallaghers Bakery and Ocean FM.

Edwina Guckian’s Sean Nós ar an tSionnan were the other Leitrim act which competed in the talent show final last Sunday.

The Voice contestant Craig McMorrow from Rossinver had provided entertainment during the semi finals.