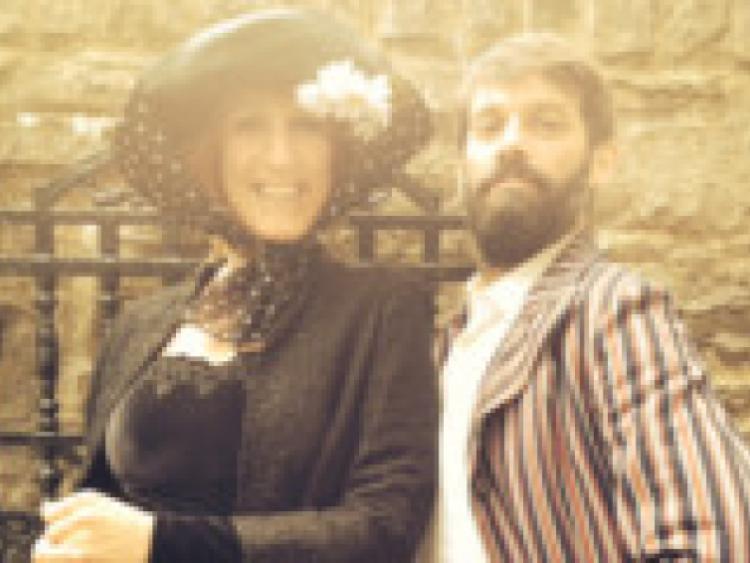 At 4pm, James Joyce’s grandnephew Jurek Delimata will speak about his “Uncle Jim”. Jurek only ever refers to James Joyce as uncle Jim and takes great pride in seeing his grand uncle’s writings reach ever greater audiences. His grandmother, Eileen Joyce, moved to Trieste in 1910 to help Nóra Barnacle run the house. She later married a Czech Banker Frantisek Schaurek. His cousin was keeper of the Joyce estate until last year.

Jurek lives in Dromahair as does his daughter and her three sons. Admission to this is free and all are welcome

At 8.30pm, the magnificent Gerry Farrell will preform his highly acclaimed one man show Blooming Ulysses. This humorous, energetic and authentic one man show has entertained and enlightened audiences all over the USA and Ireland. After a performance in Yale, Gordon Turnbull of the University Drama Department described it as “A compelling and energetic piece of work that brings this great novel to life in an accessible and entertaining way. Gerry Farrell’s acting as well as his text interpretations is little short of genius.”

Tickets are €12/10 and can be booked from the Glens Centre.

A host of other events will take place during the day including a traditional Ulysses breakfast in SuperValu (free of charge for those in costume), followed by a display of vintage cars. There will be pop up theatre around the town, and at 12pm, Songs of Joyce will be performed in the Parlour, McKenna, Main St. Other events include relay readings of Ulysses, and the best dressed lady will be titled “ The Dowager Duchess of Manorhamilton”. The best dressed man gets a bottle of whiskey!

Manorhamilton Youth Theatre will finish the day with a performance of their show Night-town on Main Street.