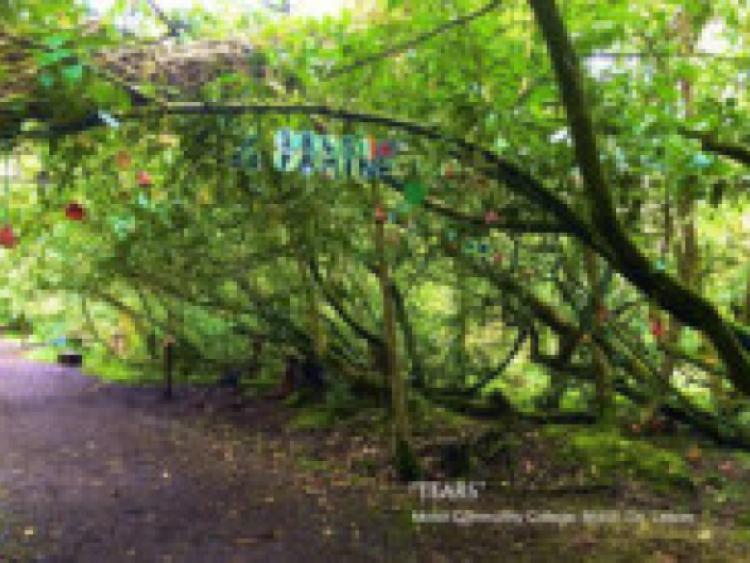 Visitors to Strokestown Park are being asked to cast their vote for their favourite entry for this year’s competition and the winning school will receive €4,000 thanks to the generous support of Investec Bank.

The competition is open exclusively to schools in Co. Roscommon, Mayo, Leitrim and Longford and this year’s theme is ‘The Great Famine & Commemoration’ to coincide with the National Famine Commemoration 2014 which took place at Strokestown Park earlier this month.

In total, there are 29 remarkable entries for this year’s competition which are now on display along the Woodland Walk for visitors to admire. Secondary schools students from schools throughout the four counties have been working on their entries for the past number of months and all their hard work can now be appreciated by visitors. The entries will be on display until early October and the winning entry and school will be announced at the estate on Friday, 17th October 2014.

Facebook Friends can also have their say on the vote. The votes will then be added to the total tally for each entry at the end of the voting stage. Visitors to Strokestown Park can vote for their favourite entry until October.

The Woodlands Walk at Strokestown House is open all year round free of charge offering visitors the opportunity to enjoy a relaxing stroll through the beautiful, natural woodlands that wind through the estate. Visitors to Strokestown can also experience a trip back in time with a visit to the National Famine Museum, which is celebrating its 20th anniversary this year, or a tour of the magnificent Strokestown Park House, which featured in the 2013 TV3 programme, ‘The Big House’.

For more information on Strokestown Park or to find out more about the exciting schools sculpture competition log onto www.strokestownpark.ie or find them on Facebook at www.facebook.com/strokestownpark