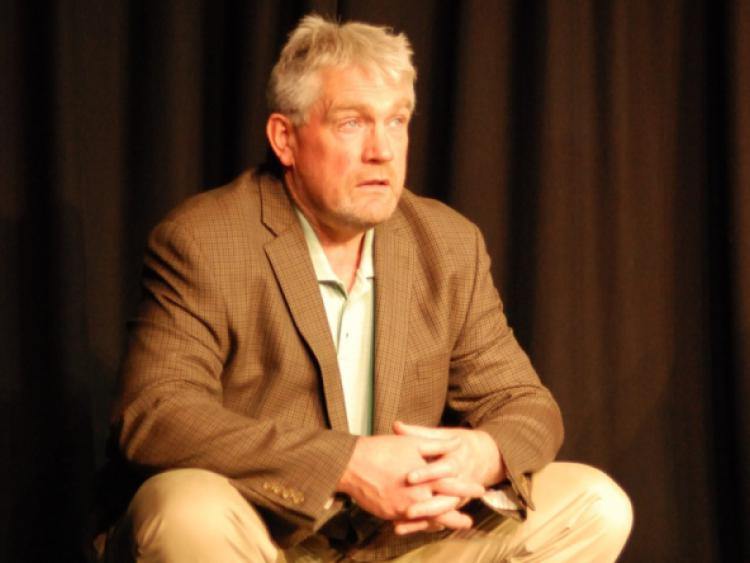 As Carrigallen man Seamus O’Rourke heads into the second half of a nationwide tour of his latest One-Man play, ‘Padraig Potts’ Guide to Walking’, he upholds the view that theatre in general, but even more so, local theatre is a vital tread in the fabric of rural social life.

As Carrigallen man Seamus O’Rourke heads into the second half of a nationwide tour of his latest One-Man play, ‘Padraig Potts’ Guide to Walking’, he upholds the view that theatre in general, but even more so, local theatre is a vital tread in the fabric of rural social life.

“It’s the easiest thing to sit at home flicking the TV from channel to channel’, says O’Rourke, ‘ but to get out to the theatre or local hall or hotel and join your friends and neighbours for an evening of drama or playacting or whatever you want to call it, is so much more stimulating and memorable... it’s just more fun”.

Seamus started out his theatre life with Carrigallen’s Corn Mill Theatre, a theatre he is still very proud of and very much involved with.

“It’s my favourite venue and a credit to the people who take care of the day to day running of the place’, O’Rourke smiles, ‘no one gets paid and no one loses the run of themselves... even after winning the RTE All-Ireland drama finals this year, (the Corn Mill’s third title since 2005) everyone remains focused on the upkeep of the theatre and the next production.

“A great place to learn your art and to appreciate the importance of your audience.’

And it’s that one thing that Seamus becomes most animated about. “The importance of the audience”.

He says, ‘I don’t mean that you pander to or patronise them, but just that they are a very important element in an evening of theatre.

“It’s all very well, an actor strutting about the stage, showing off his or her wide range of skills, but if it gets in the way of the story, then it’s just self-indulgent’. ‘

“When people leave the theatre, I don’t want them to be talking about great acting or the lovely set, I want them to have been taken on a journey (through the story) that gives them an experience that will affect them, make them laugh, maybe even cry, but something that they’re very much part of...’

These are good times for Seamus O’Rourke and his company ‘Big Guerilla Productions’, ‘Padraig Potts’ Guide to Walking’ is going down a storm and another play of his, ‘Victor’s Dung’ which was taken on by a Scottish company, has won the All-Scottish and subsequently the All-British One-Act Drama finals. Great days indeed.

l Padraig Potts’ Guide to Walking will be performed in:

The Glens, Manorhamilton on Tuesday Nov 4;