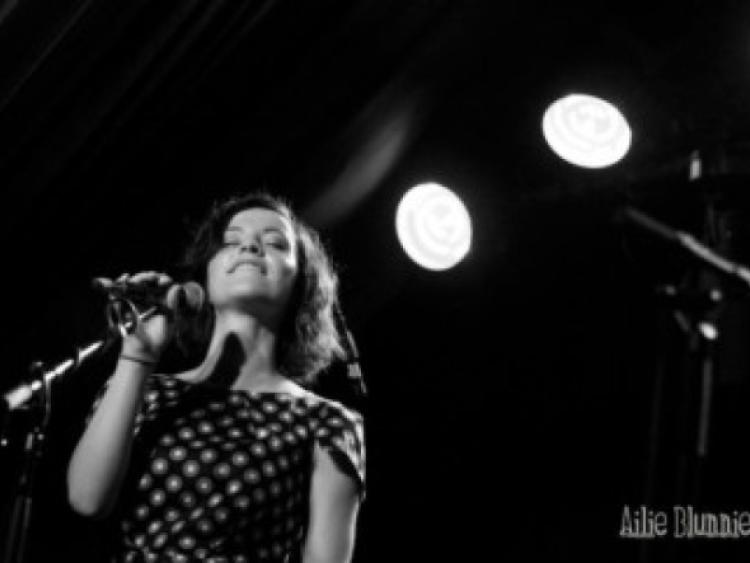 Carrick-on-Shannon musician/singer/songwriter, Ailie Blunnie (29) has scored a major musical coup taking out top honours in one of the sections of the 2014 UK Songwriting Competition.

Carrick-on-Shannon musician/singer/songwriter, Ailie Blunnie (29) has scored a major musical coup taking out top honours in one of the sections of the 2014 UK Songwriting Competition.

Ailie’s song ‘How much do you love me’, proved a firm favourite with judges and its engaging melody and wistful air ensures Ailie a well deserved win in the Love Song Category, beating thousands of other entries in the process.

Not only did Ailie achieve success in this category, she was also a finalist in the Singer/Songwriter Category in 2014 and she acknowledges that the exposure and experience gained through such a prestigious competition will be a major boost for her career as a songwriter.

The UK Songwriting Contest is one of the longest-running and popular international songwriting competitions.

It was set up in 2002 with the aim of “discovering and encouraging new songwriting talent and the craft of songwriting” and operates in association with prestigious bodies such as The BRIT Trust (of BRIT Awards fame), The BRIT Studio, The BRIT School, Music Aid UK and top British producers and industry professionals, and is supported by BBC Radio.

The judges are Grammy, Emmy, BRIT and CMA Award winning, gold and platinum album producers and artists and a category win means that the song will be included in a promo album which will help bring the songs, and their writers, to the attention of the top music industry producers, performers and record companies.

Speaking to the Leitrim Observer following her win, a delighted Ailie said: “Literally thousands of people enter this competition each year and I just sent off my entry and hoped that the feedback would be positive. It is a bit terrifying when you send in something you have written to this sort of competition because you know that not everybody is going to like what you do. You have to go into things like this with the mind-set that “I’ll be OK as long as they say it’s not complete rubbish!” she laughingly explained.

“Being shortlisted as a finalist is a phenomenal achievement. It has been incredible to win a category, really I still can’t believe it”.

Ailie has had a lifelong involvement with music. From her childhood when she took the obligatory piano lessons - “I really didn’t like them at the start but I grew to love them,” she notes - through her teenage years when she took up the guitar and on to college where she furthered her studies with a degree in music, music has always played a role.

She began writing music on the guitar during college and five years ago, returned to writing pieces on the piano, finding her own unique voice and as she acknowledges, honing her craft as a songwriter and also moving into the role of performer.

“For me performing can be a little more demanding than writing as writing is more solitary, performing is a skill you learn along the way,” she said.

Ailie admits that she had been incredibly lucky to have the support of her family, especially her parents, in her pursuit of her music career.

“They have been a big part of my success. They are very supportive and they have never told me that this is a ridiculous thing to do for a career. They have been amazing,” says Ailie.

While she currently works full time Teaching English As a Foreign Language (TEFL), Ailie is committed to furthering her music career. She has already released an EP of 5 songs and she is hoping to finish recording her first full album this year.

“I already have lots of songs written which I would love to have recorded and I will be using whatever money I can put aside this year to book a studio and record them properly,” she explained.

While she has no current gig dates planned Ailie is also hoping to schedule in some performances in 2015. Her music has been described as a heady mix of cabaret/pop and folk influences but for Ailie writing and performing is not about being pigeonholed into a particular genre.

“I want my music to touch people on a different level and I want to be able to present it in a way that’s a little bit different to the way that people may be used to. To spark a reaction, a feeling, to create something that stays with them when the music is finished,” she points out.

Fans of Ailie Blunnie should also keep an eye out as she has been asked to contribute to a special fundraising album in aid of the Samaritans due out around Easter.