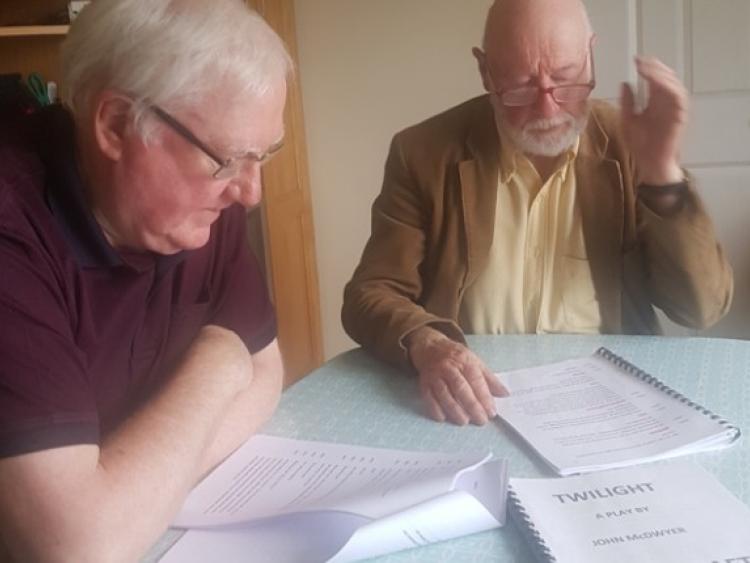 The Beezneez Theatre Company presents the world premiere of John McDwyer’s new play, Twilight, at The Dock, Carrick-on-Shannon, for four nights in October.

In Twilight two friends who have not seen each other in over 35 years meet for coffee on the balcony of a hotel. Why have they not met for all this time and why are they meeting now?
McDwyer’s play, whilst containing the writer’s trade mark humour is a serious exposition of how life choices bring their own consequences.

Through a series of denouements, as the reason for their estrangement are revealed, the two friends finally find common ground from which they can move on.
Featuring two All-Ireland Award winning actors, the author and Tom Walsh, Twilight is a play which will give much food for thought and discussion.

Twilight plays at The Dock , Carrick on Shannon from Monday October 21 until 24.
Tickets are €18 and can be purchased online at www.thedock.ie or directly at the box office on 071 96 50 828.
The show starts at 8pm nightly and will run for 75 minutes with no interval.