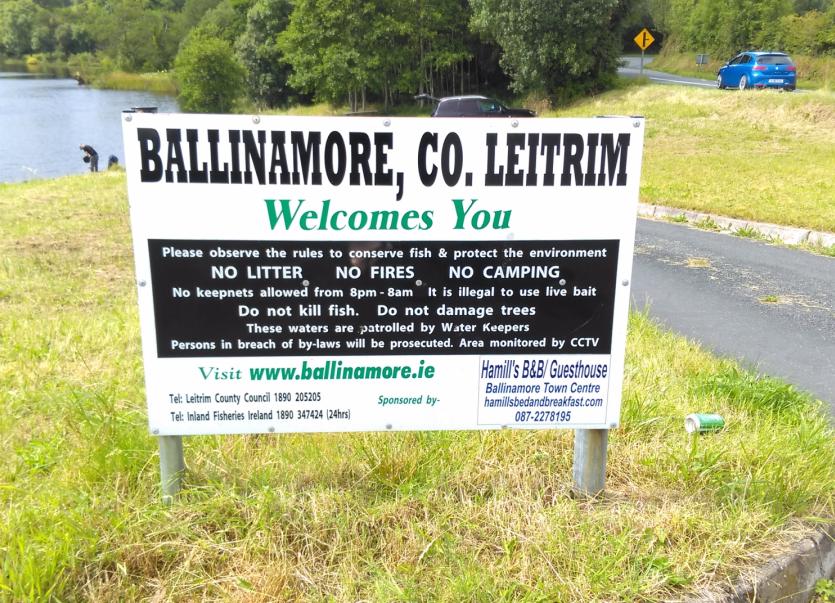 There are too many signs for Ballinamore and not enough for Fenagh according to issues discussed at the Ballinamore Municipal District meeting this week.

The council said there could be a case of “signage fatigue” locally. Leitrim County Council are due to meet Ballinamore Tourism this Thursday, July 27 to discuss sponsored signage erected by the group around the area.

The group have been very proactive in promoting the town, with new informative heritage and informational signs around Ballinamore as well as signage at bodies of water close by.

However, there have been some complaints about the amount of signage erected. Cllr John McCartin said in a short space on some of the local lakes there are a huge amount of signs saying keep area tidy - which he found to be excessive. He also said there is a sign “welcoming you to Ballinamore” in Newtowngore.

He asked, “are we all allowed to put up signs?” to which he got a resounding “no” from council officials.

Down the road, Cllr Caillian Ellis is looking for more signs directing people to Fenagh. He proposed that the council erect signs for Fenagh “in advance of the Edentenny junction.”
While there is a sign for Fenagh at the junction, he said traffic approaching are only aware the turn is for Mohill. He said many drivers have driven past the junction “looking for Fenagh.”
The council replied the signs for the village are “in accordance with the guidelines.” Cllr Ellis responded “in accordance with this and that doesn’t matter, this is a local issue.”

Senior Engineer Darragh O’Boyle said it is not proposed to erect additional signage. He said they are afraid of “signage fatigue.”