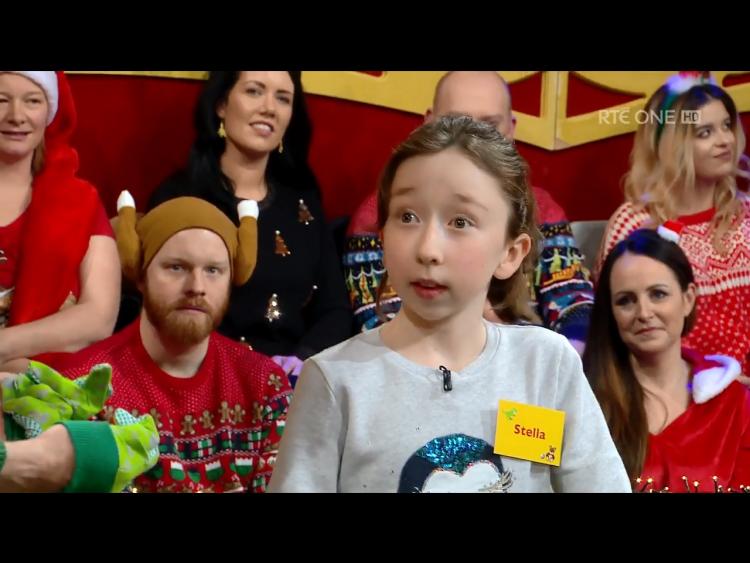 Stella McGirl from Ballinamore certainly made an impression when she appeared on the Late Late Toy Show demonstrating Field toys.
The 11-year-old Corlough pupil is once again going to be under the spotlight this Christmas Eve as she has been invited to pull the winning ticket for a trip to Lapland.
The competition has been running in Mulvey's Newsagents, Main Street, Carrick-on-Shannon and has generated huge interest.
It must be every child's dream to visit Santa, the reindeer. his elves and his workshop, all under the Northern Lights.
The winner of the 4 day all inclusive trip to Lapland will be picked by Stella next Monday, Christmas Eve at 5pm in Mulvey's. This is the last week to get your entries in. The competition has been run on a loyalty card basis, with customers receiving one stamp for every €20 spent in-store over the last number of weeks. When customers accumulate 6 stamps making a full card they are then entered into the draw.
Keep an eye out on leitrimobserver.ie as we will announce the winner straight after the draw. Good luck to all who have entered the draw.