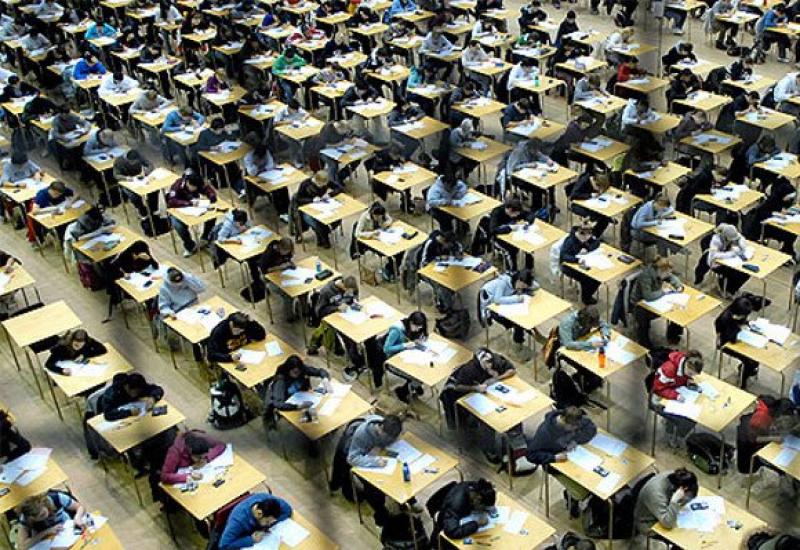 A new research report on the future of the Leaving Certificate was published today by the National Association of Principals and Deputy Principals (NAPD).

The report entitled ‘Senior Cycle Reform – What do you want?’ surveys the attitudes and views of students, parents, teachers and principals on the Leaving Certificate and its’ future reform.

Students are the only group who would support a teacher correcting their own students’ assessment (51%) compared to 30% and 22% of parents and principals, deputy principals & teachers respectively.

Speaking about the research, NAPD Director Clive Byrne said, “This publication is the result of four months of comprehensive research and information gathering. Initially, it was quite unsettling to see that only 4% of students and 28% of principals, deputy principals and teachers feel that the Leaving Certificate in its current format is fair and accurately assesses students.

However, and more importantly, what it also points to is a huge appetite for a change amongst all stakeholders. For example, 76% of students support a move towards continuous assessment. While almost one in four of all principals, deputy principals and teachers support the concept.

Speaking about the importance of education, Professor Nolan states in the report, "Education should stimulate this sense of a joy in learning, a curiosity to find out new things, an openness to thinking differently, and an openness to admitting you might have been incorrect in the past and have learned something new now. That love of learning, curiosity, a confidence in your capability, an openness to learning and thinking differently, are the most valuable things to take from time spent in education, and an important thing for both students and teachers to focus on."

There are many variances in responses between each group. For example, only 22% of principals, deputy principals and teachers support the practice of correcting their own students’ work, with many having concerns that a teacher would be biased against a student. That number increases to 30% of parents who would support such a change, and 51% of students. However, when it comes to reform, the numbers are striking, with 65% of principals, deputy principals and teachers wanting reform in its entirety, 78% of students wishing to move away from one final exam, or allow other factors to be included, and a massive 97% of parents supporting reform.

Oisín Hassan, Vice President of Academic Affairs in the Union of Students in Ireland, whose members also participated in the research, commented on the findings saying, "Almost 700 USI members engaged in this research project. They are currently completing the Leaving Certificate or have done so within the last five years and have very strong opinions on how the examination needs to be reformed.

"For a large majority they do not believe that the current system is fit for purpose or meets their needs and the challenges they face outside of education.

There has been much talk about reform of the Leaving Certificate for many years. Yet each year another class completes the exam without any meaningful change occurring. Relying on just one single exam to determine the work of each student across all their years in second level education is unfair on students. It needs to change.  We need to move beyond just talking about reform to actively embracing it. I am hopeful this research will help to accelerate this process”, added Mr. Hassan.

In response to the report’s findings the NAPD has set out three key recommendations to support senior cycle reform. These are:

•The establishment of a new Citizens Assembly Education Forum bringing together all stakeholders to fast-track the senior cycle reform process;
•The inclusion of an additional practical component as part of the Leaving Certificate examination assessment process; and
•To ensure equality for all – ringfence funding for traineeships and apprenticeships to ensure the Leaving Certificate is not largely focused on further and / or higher education.

Discussing their recommendations, Mr. Byrne said, "The three recommendations as laid out in our report, are realistic, achievable and most importantly, will modernise our education system which has fallen behind the technological advancements in all other sectors. We have no doubt that many resources, funding, training, and hours of planning and dedication are needed to accomplish any reform, but it must be prioritised by both Minister McHugh and the National Council for Curriculum and Assessment.

"What is important about senior cycle reform is that the conversation is starting, people recognise change is needed, and people are starting to think about practical solutions. We have seen small changes over recent years with the introduction of the new subjects such as Politics and Society or the recent two-day extension to the Leaving Certificate timetable to ease pressure on students.

"However, we need more than small steps. We in the NAPD want to lead the voice for change, and to ensure this critical conversation continues”, Mr. Byrne concluded.