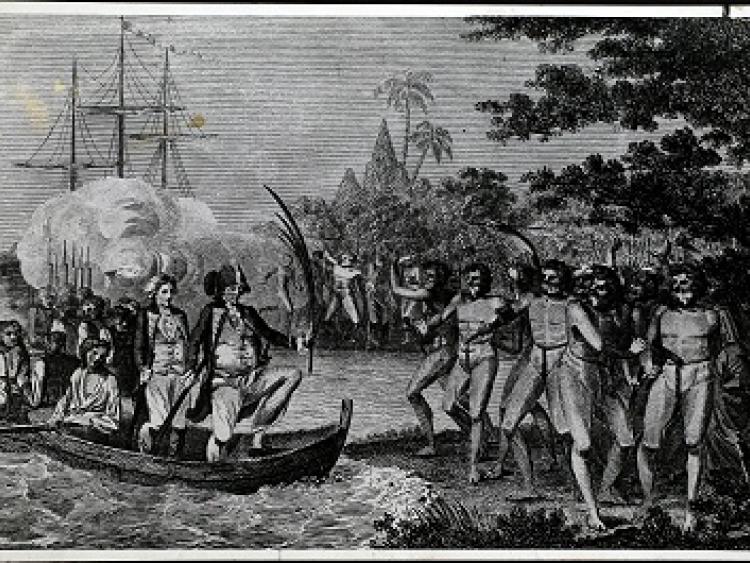 From descriptions of the father of Australia’s most famous outlaw, Ned Kelly, to details of a vast array of convicts' crimes and the length of their sentences; the stories of Leitrim’s transported convicts have come to light with recent research undertaken by Anscestry.com.
Some of the documents outline that crimes with a sentence of transportation included potato stealing, shoplifting and perjury.
Research undertaken into Captain Cook’s voyage from the United Kingdom to discover Australia revealed some additional stories of those who followed in the subsequent years.
Records show details of the convicts crimes, the length of the sentence they received, and the name of the ship they were transported to Australia on.
According to the National Museum of Australia, between 1788 and 1921 about half a million Irish people are believed to have been transported to Australia. This is 12% of all transported convicts to the country. Today, Australia is the most Irish country in the world outside Ireland.
Typed records and hand-written documents provide first-hand accounts of the details of the convictions and sentences some of those transported from Leitrim to Australia faced.

Convicted for stealing cattle
On 26 February 1840, Peter Flynn was tried and convicted for stealing cattle in County Leitrim.
He received 10 years imprisonment for his crimes. Details of his record stated that he was a 25-year-old single man. Flynn was recorded as having no formal education. He was a Catholic and had no previous convictions.
Prior to his conviction he worked as a farm labourer in County Leitrim. He was then transported on the Pekoe ship in 1840 to New South Wales.
On the same day, John Reynolds was also tried for the same crime.
Reynolds, a 35-year-old Catholic man was tried in County Leitrim and received a 10 year prison sentence. Records describe Reynolds as being married with four children, all of which were boys.
He also worked as a butcher and was described as having no formal education. He had no previous criminal convictions and was later transported to Australia on the Pekoe ship in 1840.

Female tried and convicted in County Leitrim
Although her crimes were unclear in the records, we can still get an insight into the background and temperament of some of the female convicts.
Rose Kelly was recorded as a 24-year-old woman who worked in the spinning industry.
She was described as having grey eyes, black hair and brown freckles. Her temperament upon being convicted was recorded as ‘very quiet’.
She was tried in May 1823 and received a life sentence in prison. It is unfortunate that the details of her crimes were not recorded; however, it is interesting to see how the earlier female conviction records differed greatly from those recorded in later years.
Joe Buggy spokesperson for Ancestry.com commented that: “Many Irish took the same journey as Captain James Cook when they were transported to Australia for crimes committed at home.
“This led to families becoming separated and many starting a new life in their new country.
“The Australian Convicts Collection allows families to answer some of the unanswered questions about how and why their relatives ended up in Australia”.
Now it is possible to search for a name or county and have the results shown on the Ancestry database. Family history has never been easier.
Ancestry is the world’s leading family history site containing the largest collection of family trees with over 100 million family trees from over 100 countries.
In previous years they have completed new research into Irish collections including Famine Relief papers from 1844-1847 and an interesting look at Irish first names that are becoming endangered.
To search the Australian convict collection log onto www.ancestry.ie. The records are searchable by name, date and the county in which they occurred.