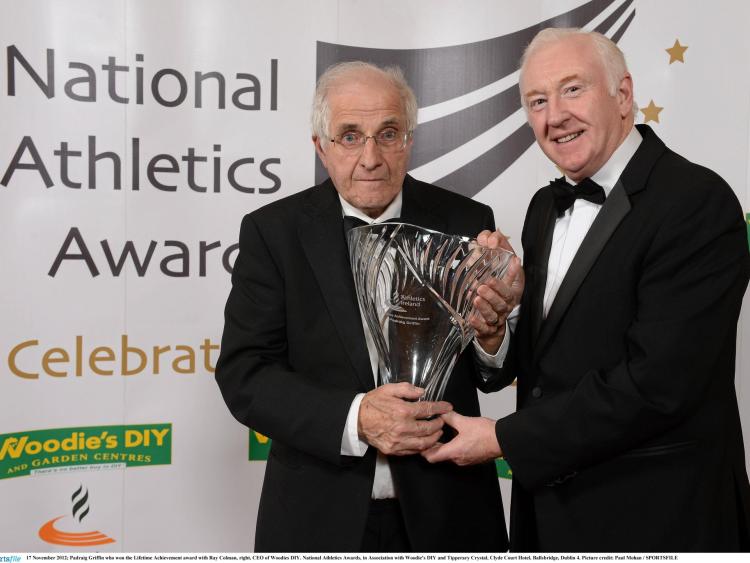 Padraig Griffin is the author of the new book on the Great War. Griffin was awarded lifetime achievement award from the National Athletics Association

Cathaoirleach of Leirim County Council Enda McGloin will officially launch a new book on Leitrim involvement in the First World War in Ballinamore Library on Monday July 1, at 8pm.

The book is titled Leitrim Echoes of the Great War and is written by Ballinamore author Padraig Griffin and supported by Leitrim County Council under the Decade of Centenaries Programme.
Monday July 1 is the 103rd anniversary of the commencement of the Battle of the Somme and on that day eleven Leitrim soldiers were dead by evening.

Apart from the fourteen people who died in the Lough Allen boat tragedy in April 1831 number wise this must rank high among the greatest calamities of this nature to affect the county.
Around twenty thousand British Army soldiers lost their lives that day.
The book traces developments locally, nationally and internationally from 1913 to 1919 and outlines the effects these subsequently had on Leitrim, Ireland and Europe.

A list of well over three hundred Leitrim related casualties, with appropriate related details, is provided.
The launch is open to all and an illustrated presentation to the background of this production will be given.