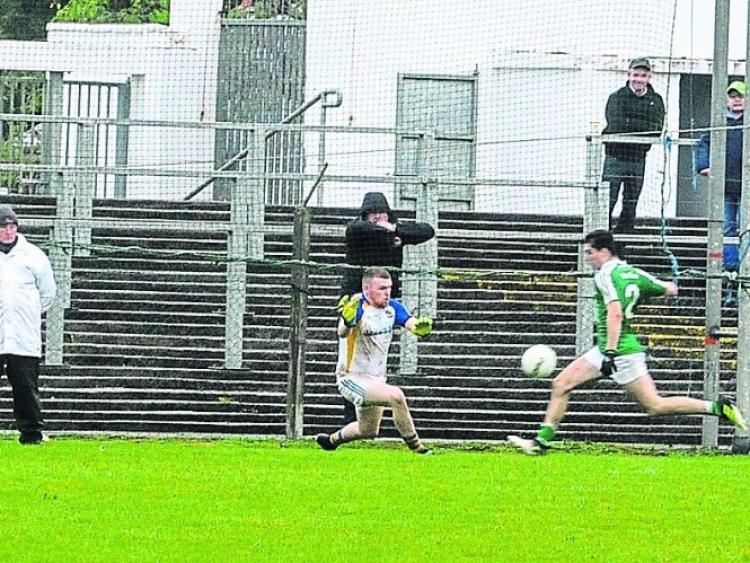 In what was easily the best contest of the weekend, Mohill and Aughawillan went toe to toe and Harkin's goal proved the major difference, a late flurry of injury time scores putting a gloss on the Mohill winning scoreline.

In the end, Aughawillan, hit by injuries to some key players, couldn't match the strength in depth of the Mohill men who were able to bring in multiple senior medalists James Mitchell, Alan McLoughlin and Daragh Gordon into the fray.

Mohill's ability to hold firm under fierce pressure from the defending champions shouldn't be underestimated either and it was as much their defence as their attack that allowed them book their place in the semi-finals.

Aughawillan opened the scoring just 40 seconds into the game when Mark Plunkett surged through the centre and off-loaded to his brother Gary for a 40 yard point. Mohill responded with a fine Alan Armstrong point from the wing after good work from Caillin Canning.

The champions surged in front with a Morgan Quinn free and a great point from Ciaran Gilheany, his run initially breaking down before Gary Plunkett won back the ball. 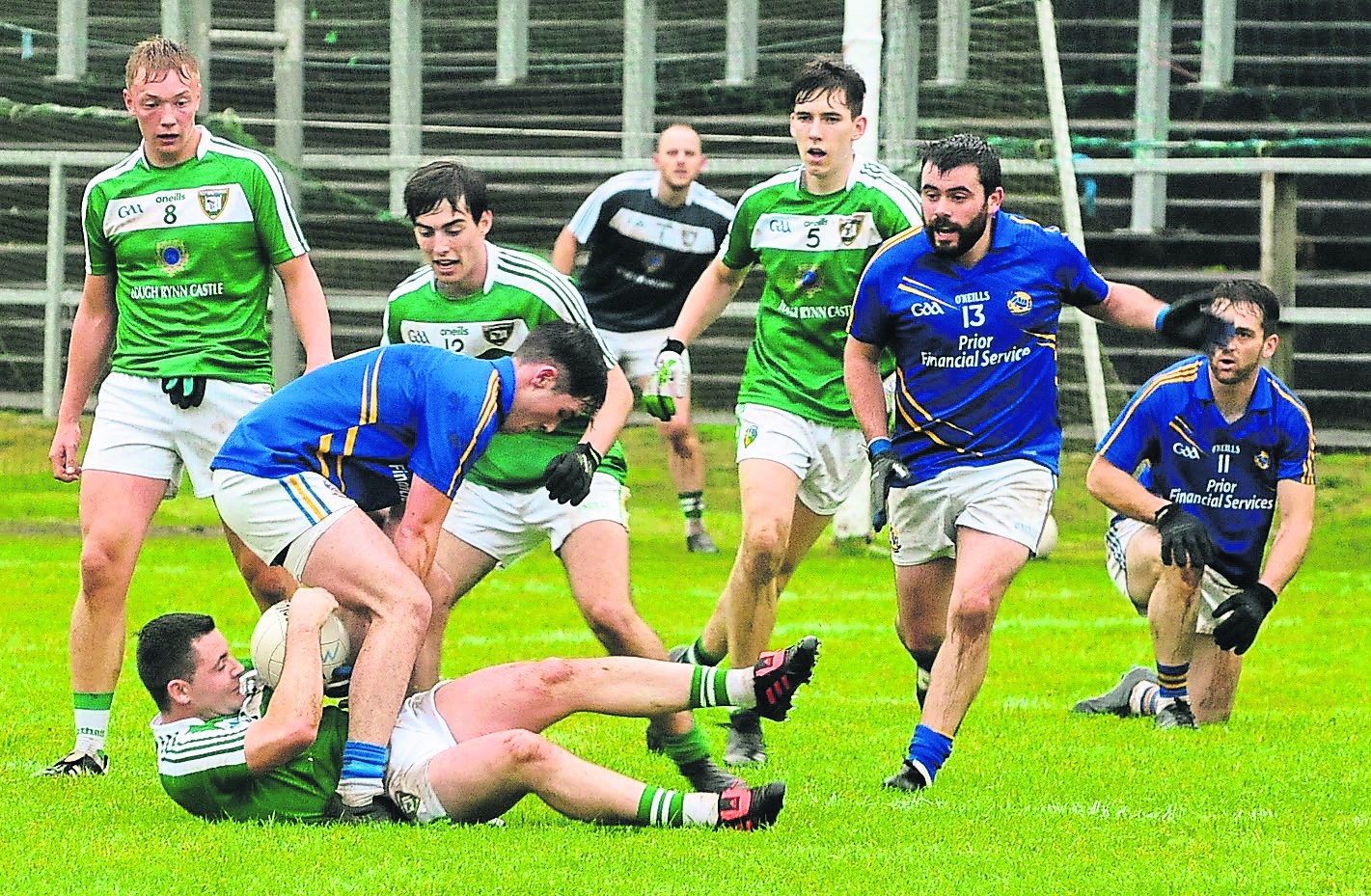 Mohill’s next score could have been a goal and should have been a free out - Fergal McTague’s risky pass across goal was intercepted by Evan Harkin who broke through on goal. Harkin clearly picked the ball up off the ground after he lost control of it before feeding the ball back to Ronan Gallagher for a point.

A long ball to Gallagher ended with a fine Harkin point as Mohill were now two up. Morgan Quinn's free was followed by Aughawillan retaining the ball in almost Dublin like fashion before popping the ball inside to Sean Quinn who turned for a brilliant point.

Mohill ensured it would be level at halftime when Beirne tapped over a free, the sides level at 0-7 apiece.

We wondered at the break if the teams could maintain the pace of the first half but incredibly, they went even faster. Forty-one seconds passed in the second half as Evan Harkin opened the scoring at the end of a good move.

Flynn immediately added a free but Aughawillan came roaring back, Mark Plunkett pointing after good work from Ciaran Gilheany while a quick free seconds later found Barry Prior in space and he swept the balk over the bar - all inside the first three minutes!

Mohill soon had one foot in the semi-finals: Fiachra McGuinness broke a high ball down to Ronan Gallagher for a point on eight minutes before the crucial goal arrived two minutes later.

It was almost eight as McGuinness saw a fisted effort hit the inside of the post before rebounding into a defender’s hands and Aughawillan went straight down the field and worked a goal chance only for Sean Fox’s shot to be blocked, the ball to literally fall into the hands of Padraig Tighe who had dived for the original shot and was sat on the ground.

Aughawillan dominated possession but the scores weren’t coming with wides for Noel, Gary and Mark Plunkett and a Keith Beirne free with ten minutes left seemed to suggest the end for the champions.

But a nicely worked point for Sean Flanagan saw Aughawillan raise the pulse and a minute later, Gary Plunkett scored a lovely effort to leave just four in it with more than five minutes of normal time left.

Aughawillan virtually laid siege to the Mohill goal but the defence stood firm and the closest the champions got was when the ball was fisted across the face of the goal and Rory McTague arrived in at speed, the ball hitting his lower legs and trickling wide.

Mohill took heed and in added time, they would add four points to put a gloss on the scoreline. Oisin Madden’s strong run set up Keith Beirne for a point and from the kickout, Domhnaill Flynn fired over.

Caillin Canning broke up an Aughawillan defence and ran half the length of the field with nobody but the keeper in front of him, the Mohill defender electing to fist the ball over the bar rather than going for the goal.

The last score of the game fell to Domhnaill Flynn as the champions fell once more at the quarter-final stage.

MAIN MAN: Some great displays from both teams - Oisin Madden and Caillin Canning in defence, Domhnaill Flynn, Fiachra McGuinness and Evan Harkin in attack while Domhnaill Flynn and Shane Quinn were solid throughout. For Aughawillan, Pearce Dolan, Fergal McTague, Mark and Noel Plunkett, Barry Prior and Morgan Quinn stood out.
TURNING POINT: Sean Harkin's thunderbolt goal gave Mohill the room to sit back and absorb all the pressure a frustrated Aughawillan tried to put on them.
TALKING POINT: These two teams have made a habit of ending the championship defence of the other team and it was the same again last Sunday. It was also the only game of the weekend that could be called a contest in any shape or form.
WHAT NOW?: After slaying one giant, Mohill face another in Ballinamore Sean O'Heslin's in the semi-finals