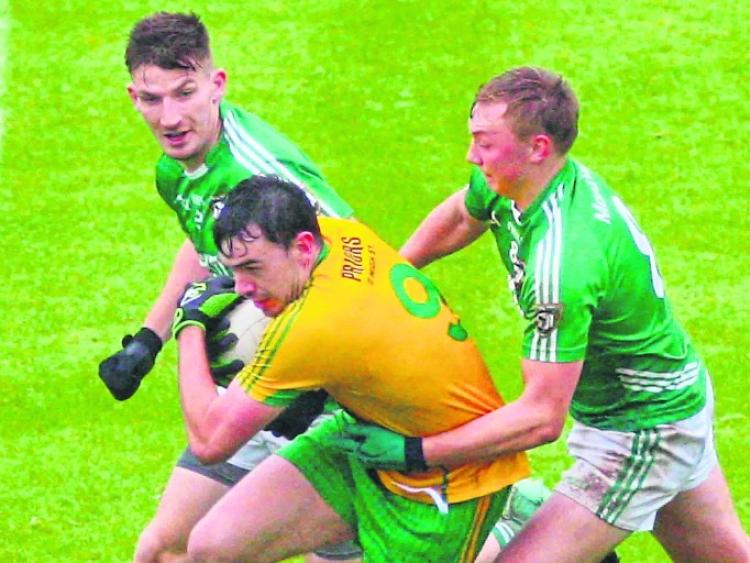 It’s strange - Mohill are the team who were in last year’s Final, knocked out the defending champions and are looking to add a third title in five years to their collection yet everyone seems to be putting Liam Keenan’s side as some sort of sacrificial lambs before the monster that is Ballinamore Sean O’Heslin’s!

Well, I suppose it is not that strange if you saw what Ballinamore have done to each and every one of the teams that has faced them in this year’s championship - their average winning margin is over 20 points a game! Now that is winning margin, not total score!

Dominic Corrigan’s side might keep a solid defensive structure at all times but they have been a scoring machine all year, the only game where they didn’t win by double digits was against Aughawillan in the group stages and Mohill will look to that, particularly as they beat the champions in the quarter-finals.

Aughawillan’s template was a strong midfield, tigerish defence and scoring forwards - does that remind you of a Mohill team? What makes Mohill’s results all the more impressive is the fact that they’ve done it with so many first choice players away for much of the championship and they’re only really getting back to full strength now.

Throughout the group stages, Shane Quinn, Domhnaill Flynn and Oisin Madden have carried this team and are the key figures. Keep one of those quiet and Mohill might struggle. But what has been so impressive about Mohill this year has been the introduction of a lot of young players who had swum, rather than sink, in the choppy waters of the championship.

It is going to get a lot choppier next Sunday - Ballinamore look the team of all talents and strangely, apart from Tom Prior, they’ve nobody new starting. Indeed, they lost Philip Farrelly to serious injury and even lost Mark McGrory, Barry McGovern and Oisin McCaffrey in the quarter-final but they’ve rolled on unperturbed and in devastating fashion.

It was interesting that Shane Moran was restored to midfield and had a much more commanding influence on games. It was the one area that I felt Ballinamore were not operating at peak efficiency with Moran on the 40 as they were whipping the ball in early to Luke Murphy and Dean McGovern.

Murphy has been Ballinamore’s killer finisher so far and Tom Prior gives them a dimension they were lacking but the real power remains in Dean and Niall McGovern. Mohill have to stop the brothers to disrupt the Ballinamore’s plan and Shane Quinn, Keith Keegan and Alan Armstrong are all capable of big performances.

All this would suggest that I’m leaning towards Sean O’Heslin’s, hard not to but there is a question that arises from dominance - have they been truly tested? And what happens when a team sticks with them and puts them under pressure.

Aughawillan got closest to them, putting a hesitant O’Heslin’s under fierce pressure but they couldn’t finish it out after the former champions lost Pearce Dolan in that game. Mohill have certainly been battle tested, losing heavily to Glencar/Manor and then coming through an intense quarter-final with Aughawillan.

No more than the first semi-final, the prediction is going to come with caveats - if Ballinamore get into their scoring group early, it’s going to be a long day for Mohill. But if the 2017 champions show the energy and power they did in the quarter-final, tie up Ballinamore and make them nervous, there is no better team to take advantage.