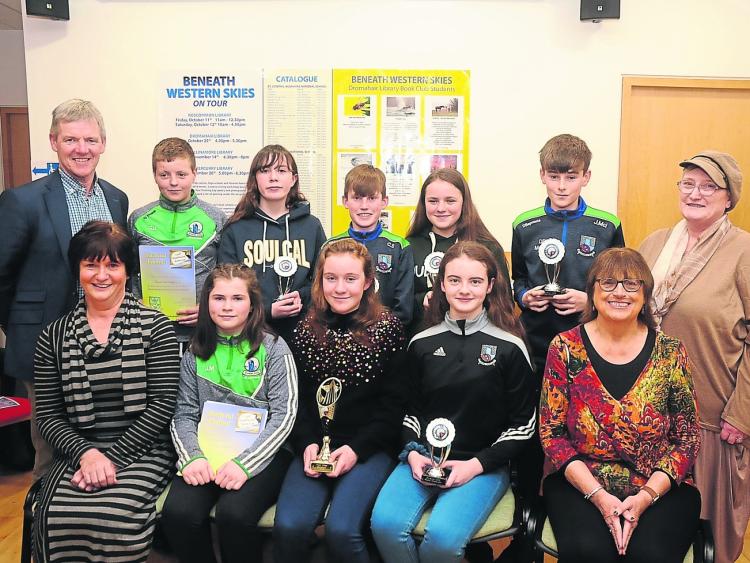 Exciting Literary SiarScéal Festival event took place on Thursday, November 14 in Ballinamore Library hosting the Beneath Western Skies exhibition and the presentation of the Hanna Greally Literary Awards. First year students, past pupils of Aughavas National School received their trophies and certificates presented by Pauline Brennan, Leitrim’s County Council, County Librarian.
They are also hosting the Beneath Western Skies exhibition which is a compilation of creative writing with National School children from Aughavas, Bunnanaddan, Drumlease, Ransboro, Gaelscoil and Castleplunkett NS.
SiarScéal was officially launched in Roscommon Library early October when all the participating students from the named schools arrived by coach for their trophy presentation and to see their creative writing exhibited.
The then sixth class now graduated into first year were delighted to return and Read very confidentially in front of their parents where Seamus Tiernan, Principal of Aughavas National School lent support and local writers from Carrigallen and Ballinamore featured after the children’s Recital.
Anni Wilton- Jones was their inspiration and muse with her photography and poetry collection ‘Put on your Thinking Cap.’ which the children responded to when penning paper. Gwen McNamara Bond, SiarScéal Founder and workshop facilitator says
‘SiarScéal has a national and international platform through the Hanna Greally Literary competition, and this year due to Creative Ireland funding we incorporated national schools in regional counties into the SiarScéal collaborative. The exhibition and award winning ceremony portrays the high standard of inspired creativity achieved by participating rural students.’
The Hanna Greally Trophy Award winners are: Caoimhe Maguire 1st - five Highly Commended winners; Jack McIntyre, Edel McKiernan, Sarah Greene, Chloe Canning and Conor Shortt, followed by Certificate presentations to Gavin Gallogly, Heather Canning, Eanna McNamara, Jane Morris and Cian Nolan. Beneath Western Skies exhibition can be viewed in Ballinamore Library before it travels to Tubbercurry on the 26th November. www.siarsceal.com 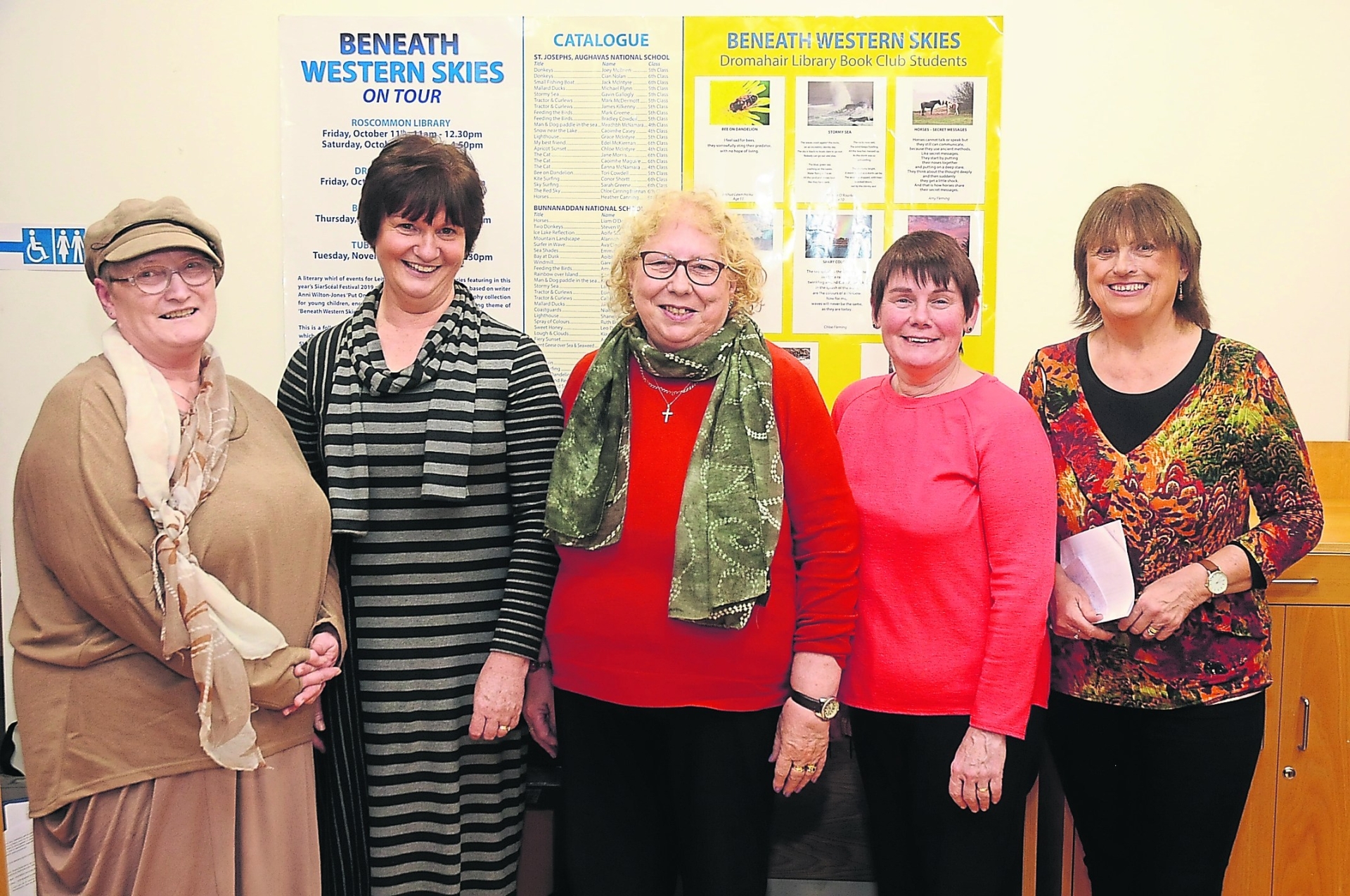