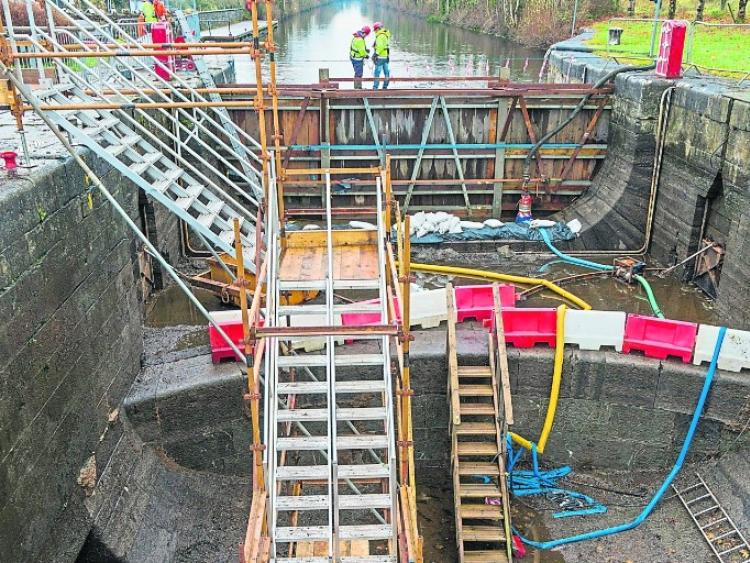 Massive new lock gates are to be installed at Albert Lock, Jamestown, by Waterways Ireland 171 years on from its opening.

In a lifetime you will probably never see a lock drained to ponder the quality of the masons’, carpenters’ and ironmongers’ workmanship involved.

The Shannon apparently flows North in only one place on its long journey to the sea: that’s between Jamestown and Drumsna, the unnavigable, shallow, rocky loop the canal was built to get around.

The lock was built of magnificent cut stone by skilled masons in 1848 and its engineering with internal sluices is a marvel. The barrel-vaulted floor and the step the gates swing on is an engineering wonder.

All these works on the upper Shannon were done in Famine times. They opened up proper navigation to Carrick, including through its then new bridge, and on to Cootehall, Knockvicar, Drumshanbo and beyond.

A multitude of forgotten poor labouring souls were also involved in taming the mighty Shannon to man’s purpose. The access road is widened, the huge new gates are on site, and the works are scheduled to finish in February in time for the new cruising season