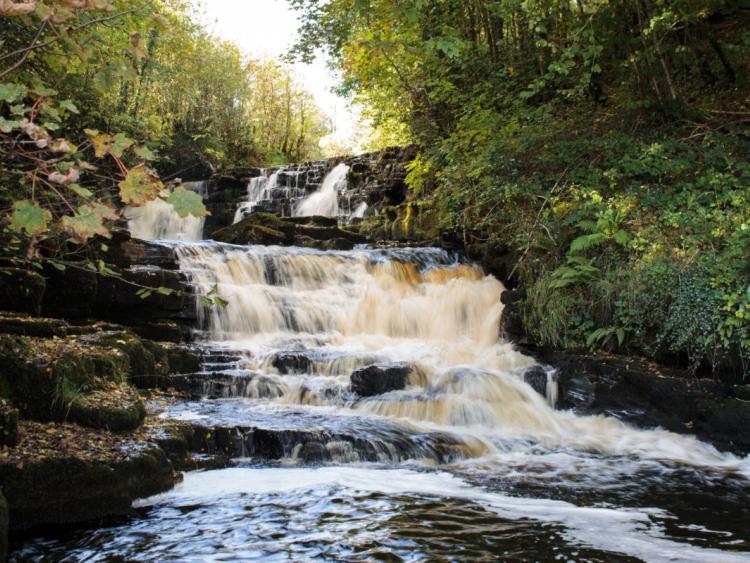 A beautiful poem about Aughnasheelin was submitted to the Leitrim Observer recently.
The poem is on file in Leitrim County Library, Ballinamore it is understood the poem was written by Bernard Dolan from Aughnasheelin who emigrated to the US. The poem appeared in The School's Folklore Collection (1937-38), it was collected by Charlie Comerford, Stradermot, Aughnasheelin, he was told the poem by Tom Creamer.

It seems the poet had to emigrate from his/her native Aughnasheelin to find work and was very home sick when he wrote the poem.

I’m lonely since I said goodbye. And shook my comrade’s hand, Since cruel fate decreed that, I should leave my native land. That saintly earth that gave me birth, The land that I adore. My father’s cot, that cherished spot, Not far from Ballinamore.
It was hard to leave the dear old land, The land where I did dwell. It was hard to part with scenes so grand, With friends I loved so well. Where I did stray in boyish play, To pluck the crab and sloe, By Tubman’s Fort, that famed resort, With comrades long ago.
And in my dreams no wonder, That I wander back again, To meet my old companions, At the end of Charlie’s Lane. Each close of day O'Rourke would play. His favourite Bonny Kate, The mug of ale, The Swallows’s Tail, The Pigeon on the Gate.
And if depression came it fled, When e’er I rambled o’er, That old familiar road that led, Past Tommy Costello’s stone. I heave a sigh for days gone by, When I was but a boy. I wandered there with sweet-heart fair, Wrapped in delicious joy.
No wonder that my eyes oft fill, When I those scene recall, Whilst lingering the old Scutch Mill, To view the waterfall. Famed Poll an Eas you can’t surpass, Bedecked with beauty rare. In all the land no scene so grand, As nature planted there.
And often in my youthful pranks, With spirits light and gay, I roamed the yellow River Banks, Down by Terry’s Bay. On pleasure bent ‘twas there I went, Of that there is no doubt, With rod and fly, in days gone by, To take the golden trout.
And all the boys for miles around, Who loved the Gaelic game, Would gather on the football ground, When Sunday evening came. And ladies fair assembled there, For recreation sake, So graceful shone, just like the swan, On Kiltybarden Lake.

And in those days, those good old days, Of football chivalry. The Wolfe-Tones fame it lit a blaze, All o’er the country. They all could score at fifth-four: And Paddy, Packs and Pee , Could send it through at sixty-two, Or maybe sixty-three.
McTague, that great athlete of fame, Was captain of the crew. He dearly loved the Gaelic game And loved his country too. I’ve been told, with courage bold, He nobly led Sinn Fein. To make the sod our fathers trod, A nation once again.
McGirl too, and Master Phil, Of Gaels they were the cream. They gladly gave their cash and skill, To organise the team. Although to day I’m far away: Their memory I hold dear. From Castlefore to Ballinamore, I’m sure they had no peer.
Those happy days I’ll not forget, Though far across the sea, Though years are past and gone, But yet they are dear in memory.
Though years are gone I’ll think upon, Those good old days of yore, When I was king upon the wind, Away back in Ballinamore.
I long to see the old cot, For nowhere can I find, In all this earth, another spot, So hallowed in my mind.
I long to see the scenery , Where Glosh does gently flow, By Tubamn’s Fort where I did sport, With comrades long ago.