Tommy Moran paid a lovely tribute in the Ballinamore Golf Club notes to the late Josie Cryan, Ballinamore, who passed away on Tuesday, February 23.

Ballinamore Golf mourns the passing of Josie Cryan RIP, one of our members who had a very direct influence on the success of the club over the years. Josie’s death, of course, is most directly felt by his family and the club Captains, Officers and members want to be associated with the many expressions of grief and sympathy being extended to each one of them and to their extended families.

Ballinamore Golf Club also wishes to extend thanks to the Cryan family for the life-long support given to the club by their parents, by their annual and loyal membership and by their very willing participation in every endeavour to ensure its progress and ever improving facilities for current and future members. Josie and Bernie were proud of Ballinamore Golf Club and this pride was reciprocated towards this very popular couple.

Sport was very much in Josie’s blood. His father, Batty, who later set up the Cryan Drapery Business in Ballinamore, was a member of the team that won a Leitrim Senior Championship for Mohill in the early years of the 1900s.

Josie had a great interest in sport and one constant in his life was Ballinamore Golf Club. He was no Arnold Palmer, but he played his heart out on the golf course, desperate to win, particularly when selected on a club team in many of the regional or provincial golf competitions.

When Ballinamore would beat some better-known club, Josie took specific joy in that and you would be certain to hear him roar “Up Ceannabo” when back in the clubhouse. He liked to win, not for personal satisfaction, but for the prestige of Ballinamore Golf. 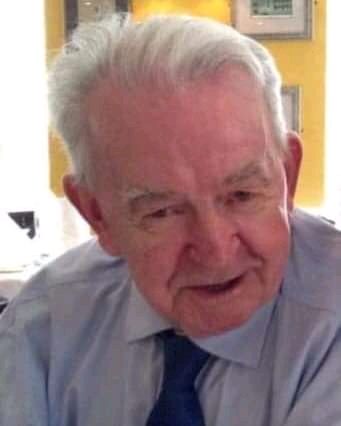 The Mixed Doubles were one of his favourites, when he and Bernie paired up on the tee box. They say couples should not golf together and perhaps Bernie would have often agreed, when her husband berated her for not keeping her head down when teeing off, or when missing a 12 inch putt on the green.

But what happened or was said on the course stayed on the course and the pair of them would join in the craic in the clubhouse afterwards, when they would give and take the usual slagging that went on. On these social occasions, when Michael Solon would call on Josie for “The Auld Triangle”, Bernie would feel it was time to head for Kiltymooden and home.

Finding people willing to accept officer roles at annual general meetings is often difficult, but with Josie Cryan this was never the case. He served as Club Captain, Club President, Secretary, Treasurer at various times, as well as being part of a myriad of committees organising fund-raising, club classics, course and greens development, improvements to the clubhouse – everything that was for the betterment of the golf club and its members. He was the first Chairman of the Leitrim GAA Clubs Classic that proved so successful over the years.

People in official positions can often come in for criticism from those on the outer edges, but for Josie, this was just another challenge. How he revelled in those situations. Not everyone would agree with him, but he had his own way of dealing with nay-sayers and his turn of phrase could be as delicate or as straight-forward as the occasion demanded.

Stories abound of his famous one-liners and put-downs and also of the sheer enjoyment he generated when part of a group, on the course, in the clubhouse, or on the many golf outings, when his great wit and repartee always added to the occasion.

Josie Cryan is gone, but he certainly will not be forgotten. He is one person whose memory deserves to live on.