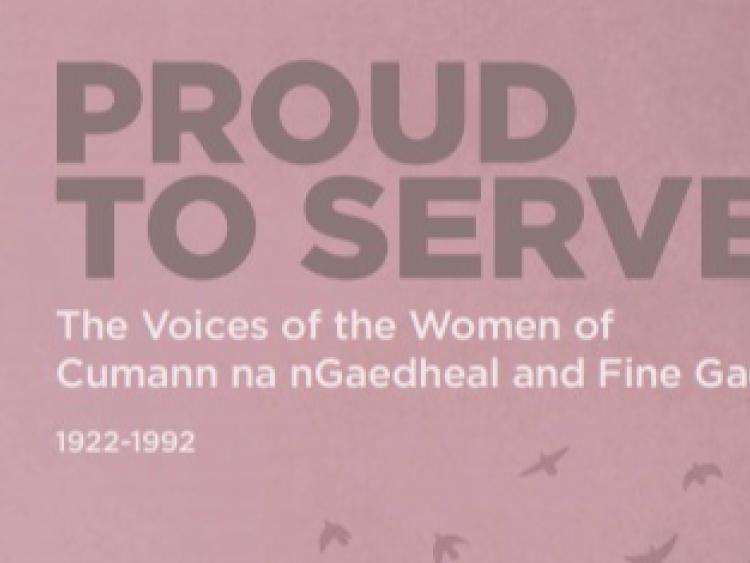 Mary Reynolds, the first female TD for Sligo-Leitrim, features in a new book published by Fine Gael which was launched in time for International Women's Day which took place last Monday, March 8.

The book is called ‘Proud to Serve: The Voices of the Women of Cumann na nGaedheal and Fine Gael 1922-1992’ and is written by Martina Murray and Maria Hegarty.

The book was launched by An Tánaiste Leo Varadkar at an online event yesterday, evening, Tuesday, March 9.

Maria Hegarty is a researcher, diversity and inclusion expert and equality campaigner. She studied Business, Economics and Social Studies at Trinity College Dublin and is the Founder of Equality Strategies Ltd and Diversity Charter Ireland.

Martina Murray is a writer and historian with a particular interest in campaigns around social change. She studied English and History at Trinity College Dublin and currently works as a freelance writer and web editor.

The story of Mary Reynolds is a remarkable one and a chapter of the book is dedicated to her.

The following is a brief extract from the book:

Such was the bitterness engendered by the Irish Civil War that violence was still a regular feature of political involvement at the time.

The election of Mary Reynolds to Dáil Eireann took place in shocking and dramatic circumstances.

On the eve of the 1932 general election, word reached her that her husband Paddy, who had been a Cumann na nGaedheal TD, had been fatally shot while out canvassing. As the rest of the country went to the polls, the general election was postponed in the constituency for two weeks.

Having just buried her husband, the bereaved Mary Reynolds was nominated to contest the election. She ran a successful election campaign and was the first female TD for the Leitrim-Sligo Constituency.

Following her election, she joined fellow Cumann na nGaedheal TD Margaret Collins-O’Driscoll in the chamber of Dáil Eireann in 1932.

She narrowly lost her seat at the general election of 1933, but was returned to the Dáil to represent the newly named constituency of Sligo-Leitrim in 1937, successfully contesting every subsequent election until her retirement in 1961.