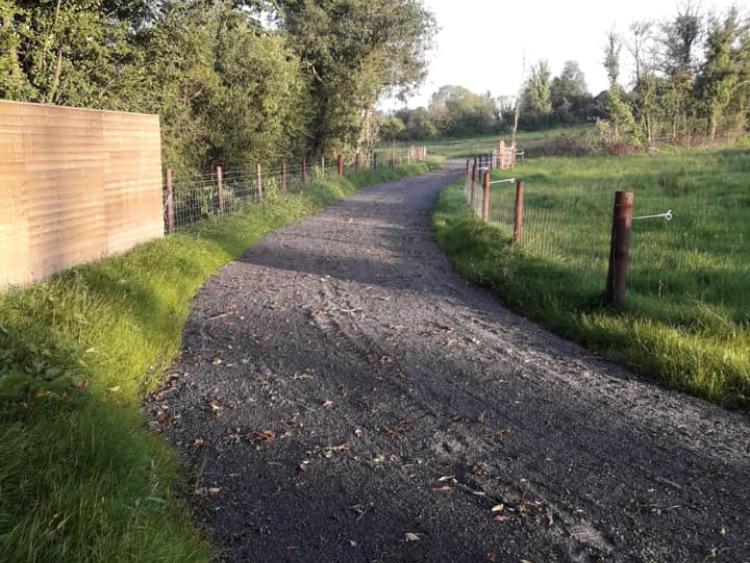 Part of the existing Ballinamore Greenway

The planned extension of the existing Cavan Leitrim Greenway was dealt a blow on Monday after Leitrim County Council received verbal confirmation that the funding application for the project was unsuccessful.
Leitrim County Council had applied for funding to complete an additional 1.5km stretch from Corgar to Drumcullion in South Leitrim under the Outdoor Recreational Infrastructure Scheme (ORIS) Measure 3 funding programme.
At Monday's meeting of Ballinamore Municipal District meeting, Head of Finance, Vincent Dwyer said that he had received notification just prior to the meeting.
“We will be looking for other funding sources,” he told the meeting. “Our capital office will have to look at how to move it forward.”
He said the news was very disappointing in view of the amount of work that had gone into the project and he noted that the Council were close to resolving all issues with landowners in the area.
Cllr Caillian Ellis asked if there was any chance funding could be secured for the project this year but Mr Dwyer said that they had only received the news of the unsuccessful bid and work will have to start on finding why the application was unsuccessful as well as finding an alternative funding stream.
Cathaoirleach of Ballinamore MD, Ita Reynolds Flynn said it was very disappointing news and she hoped that an alternative funding stream could be found.