Ireland is in danger of “sleep walking” into Brexit 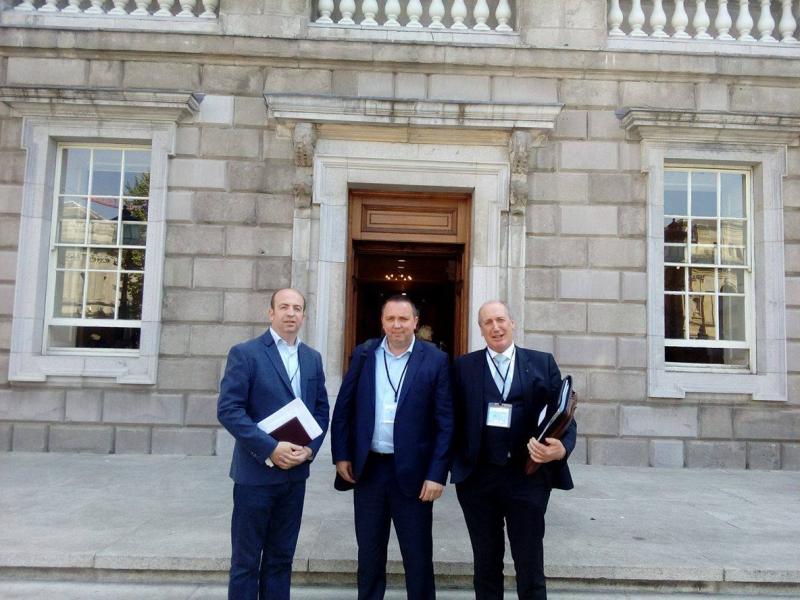 Communities on the border in Leitrim and Sligo need to wake up to the threat of Brexit says JJ O’Hara one of the founder members of the award winning Border Communities against Brexit.

JJ O Hara spokesperson of the Border Communities against Brexit has warned that Ireland is in danger of “sleep walking” into Brexit that will have repercussions from tourism to the peace process.

The newly formed group has been making waves in Europe and recently won the prestigious European Citizens Prize for 2017. The prize is awarded to groups, associations or organisations that have displayed exceptional achievements and/or outstanding commitment.

Nominated initially by MEP's Martina Anderson, Matt Carthy, Liadh na Riada, Marian Harkin and Nessa Childers they are set to pick up their award on October 11.

The group were behind a number of successful actions to highlight the risk of Brexit including an action on six points along the border in Autumn 2016 to remind the general public about the restrictions to life when checkpoints were in operation. O Hara claims that the public need to be aware that life on the border will be changed totally and there wont be single thing that will remain unchanged if a border is reintroduced from house prices, tourism, cattle prices to transporting freight.

The businessman said, "Tourism Ireland markets the island as a whole and it is the second biggest industry in the country, so this will be a major concern for local people and our government. At the moment, almost everyone is doing the 360 degrees of Ireland. That will change."

There will be other effects of Brexit, according to O'Hara in haulage. The group has calculated that if haulers have to stop for even just 10 minutes on the border, the industry will lose €150m a year in wasted time.

But more worrying again he suggests is the impact it could have on the hard won peace process. "The biggest thing of all is to protect the Good Friday Agreement," said JJ O'Hara. He believes that if the Border goes back up, peace in the North will be put under real threat, warning: "There are people who won't take it."

"The reality is we'll have to wake people up very fast and not just on the borders in the country. This will be very real on the ground for people effected but will have a huge impact nationally as well," warned Mr O'Hara.