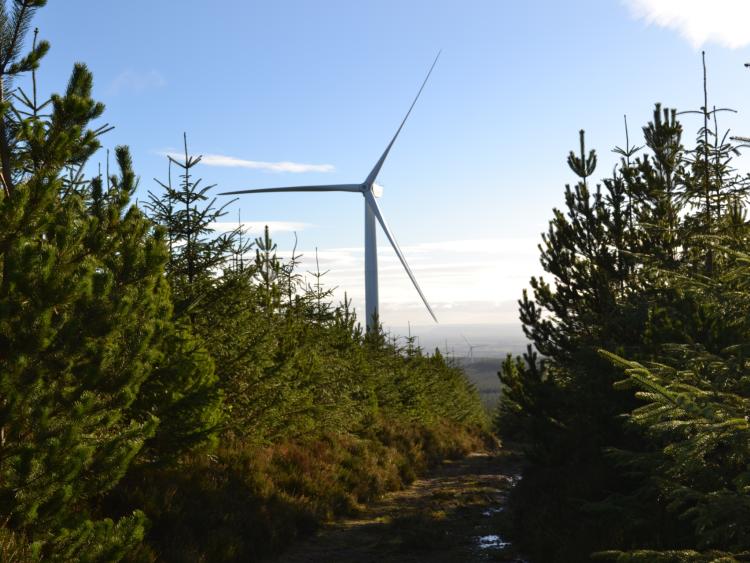 Coillte, the state-owned commercial forestry company, is on track to submit its planning application to both Sligo and Leitrim County Councils for the proposed Croagh Wind Farm in the coming weeks.

Coillte are uniquely positioned to make a significant contribution to the decarbonisation of Ireland’s economy as it finalises its planning application for the proposed Croagh Wind Farm development.

Coillte, the state-owned commercial forestry company, is on track to submit its planning application to both Sligo and Leitrim County Councils for the proposed Croagh Wind Farm in the coming weeks.

The application follows an extensive two year-long community engagement programme which actively sought input from the local communities, and particularly those living closest to the proposed wind farm site.
Coillte’s aim is to develop renewable energy projects responsibly in a way that will bring benefit locally, regionally and nationally. It is uniquely positioned to make a significant contribution to the decarbonisation of Ireland’s economy and to achieving the goals outlined in Ireland’s Climate Action Plan.  The proposed Croagh Wind Farm project forms part of that contribution to a more sustainable, greener and energy secure future.
The proposed development is comprised of:
• Up to 10 wind turbines with a proposed overall blade tip height of up to 170 metres and all associated foundations and hard-standing areas;
• Electricity substation with one control building and associated electrical equipment;
• One borrow pit (to source stone on-site for road upgrade and construction and to minimise construction traffic);
• Two peat and spoil repositories (to place excavated material during the construction phase);
• One permanent anemometry mast up to a height of 100 metres;
• Upgrade of existing and provision of new site access roads and associated drainage;
• Two temporary construction compounds;
• All associated internal and grid connection underground cabling; and
• Amenity walks and trails and biodiversity enhancement areas.

Coillte has adopted a best-in-class and conservative approach to determining a proposed project layout for consideration in the planning submissions. Following the application’s submission to both Sligo and Leitrim County Councils, Coillte plan to maintain a strong and constructive working relationship with the local community.

Should the project receive planning permission and enter construction, there will be a significant Community Benefit Fund put in place for the lifetime of the project. This will be divided into two components, a Near Neighbour Fund and a Wider Community Fund to provide direct project funding to those areas surrounding the project. The project will also actively explore the potential for direct community investment for those seeking to financially participate in the Wind Farm when clear guidance is provided by DCCAE. During the construction phase, up to 100 people will be directly employed by the project.

This project has the potential to generate clean, renewable electricity capable of powering approximately 35,000 Irish homes and would make a substantial contribution towards Ireland’s stated goal of producing 70% of its electricity from renewable sources by 2030.

The full Planning Application will be available to view online on the project website (www.croaghwindfarm.ie) and in hard copy in the Leitrim and Sligo County Council offices.

This article was sponsored by Coillte