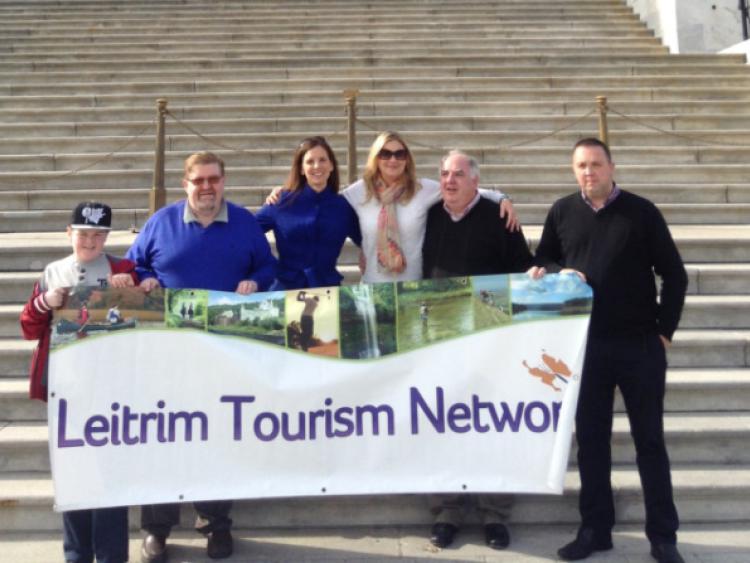 Members of Leitrim Tourism Network went Stateside this November selling Leitrim and the Wild Atlantic Way/Wild Atlantic Butterfly Route to the American market in an ambitious road trip that saw them travel from New York to Boston and Washington in the space of 10 days.

Members of Leitrim Tourism Network went Stateside this November selling Leitrim and the Wild Atlantic Way/Wild Atlantic Butterfly Route to the American market in an ambitious road trip that saw them travel from New York to Boston and Washington in the space of 10 days.

The trip turned out to be a great success with the three person delegaton meeting with, amongst others, William Condon, Tourism Ireland’s Vice President, Andrew McGowan, President of the Yeats’ Society of New York.

They also linked up with the New York Business Owners Association, a number of travel firms dealing with travel to Ireland, as well as Niall O’Dowd from the ‘Irish Voice’ and Ray O’Hanlon of the ‘Irish Echo’.

Members were represented at one of the biggest festivals for the Irish diaspora in America, called the Maryland Irish Festival where they presented the Chairperson with an antique watch.

They also met with the Leitrim People’s Association in New York, who have promised to organise a fundraser for the network in May 2015.

While tourism numbers in Ireland continue to grow with an estimated number of 6.3 million nationally in 2012, worth €4 billion to the exchequer according to Failte Ireland, the North West of Ireland lags behind some of the other regions.

Whereas the British market is remains a steady source of tourism, visitors from America remain low particularly in counties like Leitrim. The networks trip was on a voluntary level to try and address this issue.

JJ O’Hara, Chairperson of Leitrim Tourism network one of the group of three travelling to the US.

He told the Leitrim Observer “Leitrim Tourism Network is a self help body set up by tourist providers in Leitrim to support each other. We are go getters, and not willing to sit back.

“There’s one thing about reaching out on the internet, but we feel you cant beat getting out and meeting people the old fashioned way face to face. Many of them are our own diapora,” he acknowledged.

JJ said that he was overwhelmed by the positive reception the Leitrim contingent received in America and noted;

“People might not automatically think of coming to visit us in Leitrim, Sligo, Cavan and Fermanagh.

“We want to start to open their eyes on what this area has to offer, and create new networks and contacts for the region that will help us do that.

“We have a little gem of a product to offer and we are delighted to sell it,” he said in conclusion.