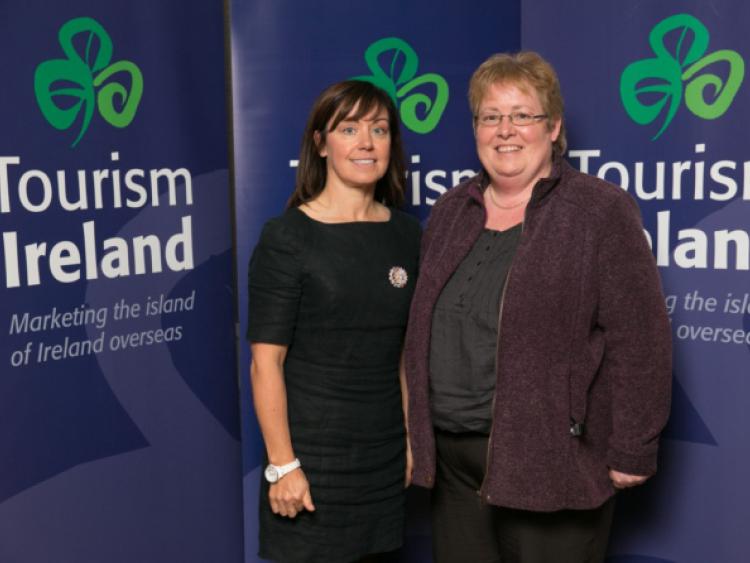 Tourism Ireland has launched details of its marketing plans to promote Ireland overseas in 2015 and beyond at an event attended by Tourism Minister Paschal Donohoe and tourism industry leaders from around the country, including Ecotourism Ireland in Manorhamilton.

Tourism Ireland has launched details of its marketing plans to promote Ireland overseas in 2015 and beyond at an event attended by Tourism Minister Paschal Donohoe and tourism industry leaders from around the country, including Ecotourism Ireland in Manorhamilton.

The organisation aims to build on this year’s growth in overseas tourism and to welcome 7.74 million visitors to Ireland in 2015 – surpassing the previous record year of 2007.

This figure will represent growth of +6% over 2014 and deliver almost €4 billion to the Irish economy (+7%) next year. In the longer-term, the aim is to welcome some 10 million visitors to Ireland in 2025, contributing €5 billion to the economy and helping to sustain about 250,000 jobs.

Building on this year’s success and sustaining growth into the future is at the heart of Tourism Ireland’s strategy in 2015.

The plans will see Tourism Ireland prioritise those markets that offer the best return on investment, in terms of holiday visitors and revenue i.e. Britain, North America and Mainland Europe.

Ireland’s ‘best prospect’ visitors will be targeted more closely – with distinctive holiday experiences, events and special offers tailored to their interests and designed to trigger their ‘must go now’ impulses.

Emerging markets of high potential will also be targeted, particularly China and India, where Tourism Ireland will highlight the new British-Irish Visa Scheme.

Important factors working in our favour for 2015 include new access developments; as well as consumer confidence, which is returning in our key source markets.

Exchanges rates for sterling and the dollar are favourable; and the lower price of oil will help make air and sea routes more sustainable.

In 2015, Tourism Ireland will continue to leverage its strength in digital and social media.

The organisation is now the fourth most popular tourism board in the world on Facebook (about 2.65 million fans), number three on Twitter and number two on YouTube.