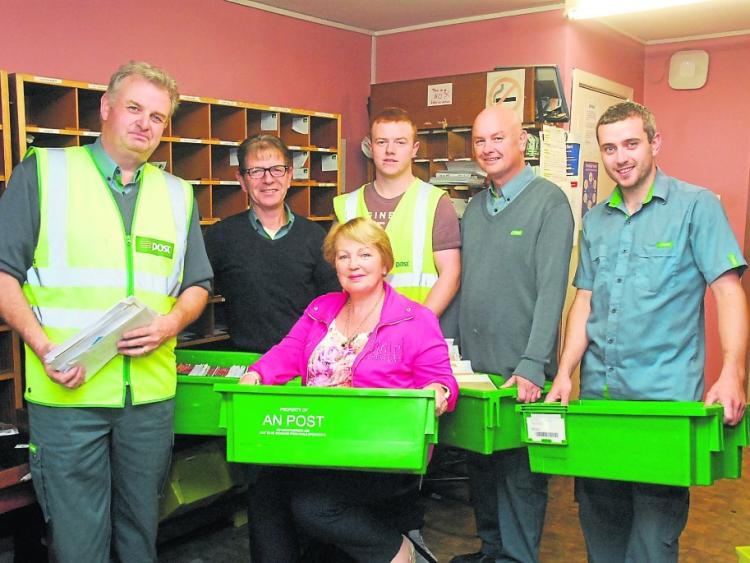 Mohill Postmistress, Mary Flanagan said it is with a “unique sense of sadness” that the postal sorting service provided to the people of Mohill over the past 200 years has come to an end on Friday last, 10 August 2018.

Mary said that another local institution provided out of a rural post office has been “withdrawn without even a whimper.”
“We would like to thank the number of post persons who have provided such a valuable service to the community during the stewardship of my late mother Kathleen, and father Stephen Flynn, and myself.

“We were the local Postmistress/Postmaster over a 50 year period and I for my part would like to express my deepest gratitude to the level of efficiency and professionalism that their service to the community has provided during that time.

“Lest we forget those that served in their capacities as post persons in the community I remember John Gallagher, Treanmore who returned from a career in the Defence Forces, Francie Clyne, Green Road who combined a career as a butcher and farmer,
“Michael Cumiskey, Green Road who was a keen huntsman and farmer, the Clyne brothers Christy and John, Main St who served the community in many voluntary capacities, Tommy McCrann (100) Hyde Terrace who came from a career in the defence forces and also butchered during his time with the post.

“Mick Murray, Main St who combined his duties as a Shopkeeper and local hackney driver, James Sonny Wynne, Eslin who combined farming with his duties, Paddy Beirne, Drumbeeragh who farmed and of course was married to my aunt Nan Wrynne. 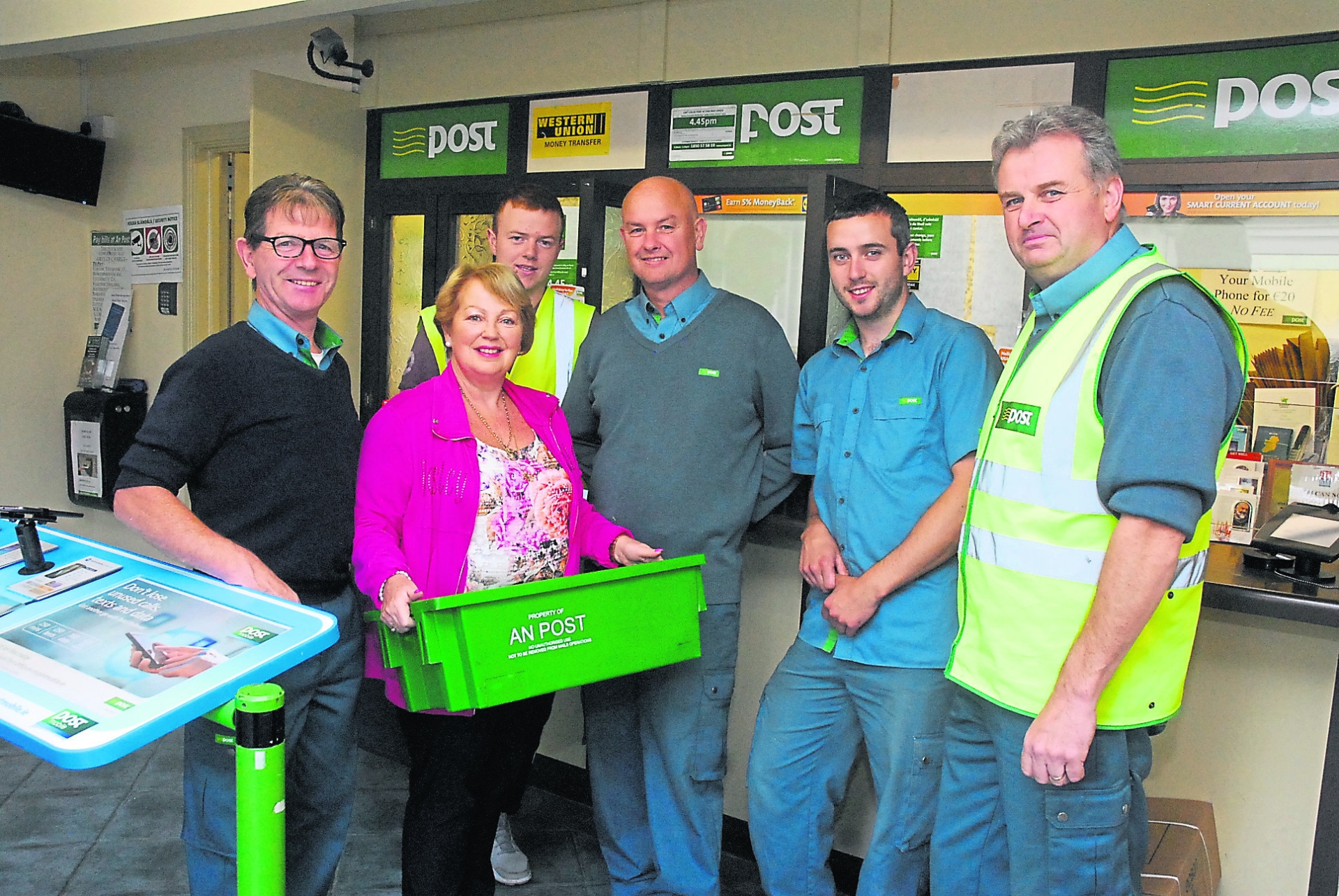 “Tommy Reynolds, Gorvagh who worked as a mechanic, Tommy Daly, Cappagh who was also a mechanic, Noel Wynne, Gortnalug, who was also a farmer and digger driver, Charlie Britton, Gortfadda who having been a chef was a career postman, Michael Tiernan, Drumgowla/Jamestown who was another career postman, Rory Mulhern, Carrick-on-Shannon, Seamus McNabola also farmed while combining his duties, Deirdre Reynolds, Trean was the first female delivering post in the area and she combined that with domestic duties and motherhood.

“Stephen Flynn, Mohill who also farmed and operated as a hackney service, Sean Reid, Tulcon who was also a mechanic, Michael Duignan, Cloncahir who also farmed, Thomas Flanagan who also operated as a general tradesman. Sean McNabola, Drumsna who is a career postman, Kiera Gormley, Cloonloo/Rooskey who is presently serving and also finds time for motherhood, Dan Bruder, Limerick/Keenagh who is presently serving in the Cloone area, and is also a keen musician, and Hughie Glancy, Carrick-on-Shannon who is a budding young postman.

“All of the above have served the community well in their capacities as post persons in the Mohill area during the Flynn/Flanagan era of organising postal deliveries over that period of time. To all of them who are still living and those gone to their eternal reward may I express my gratitude for their service to the Post Office and the community,” said Mary.

Emotional and sad day at closing of Aghacashel Post Office