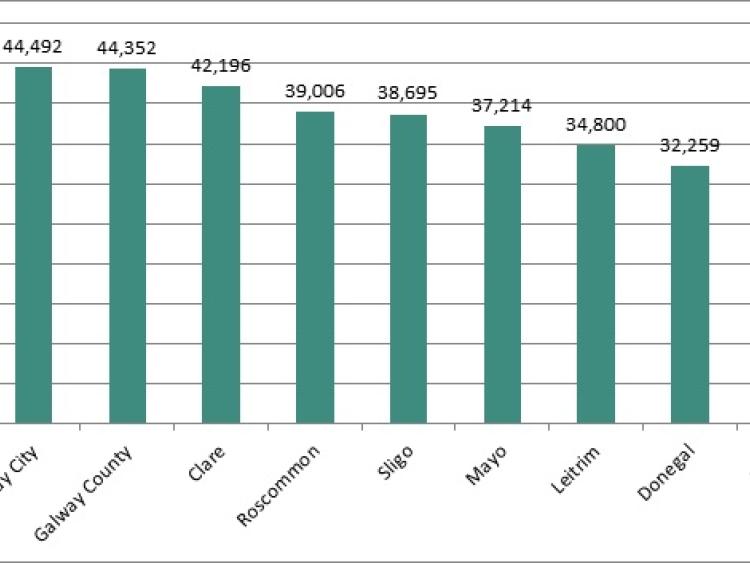 All of the Western Region counties and Galway city had median incomes below the state average according to figures recently published by the CSO focusing on geographical profiles of income in Ireland in 2016.

No Western Region county has household income above the state average. Donegal and Leitrim have lowest incomes. Check out new CSO geographical income data for the Western Region in the blog https://t.co/OSCC9PQIzD pic.twitter.com/WHhGtkDnZo

Looking more closely at the Western Region, not unexpectedly the highest median income was in Galway City (€44,492), with Galway county (€44,352) close behind. Clare also had a median household income of more than €40,000.

Roscommon had the next highest median household income (€39,006), higher than Sligo (€38,695) and Mayo (€37,214). As noted above Donegal had the lowest median income, with Leitrim significantly above it, although this was still the second lowest in the country. 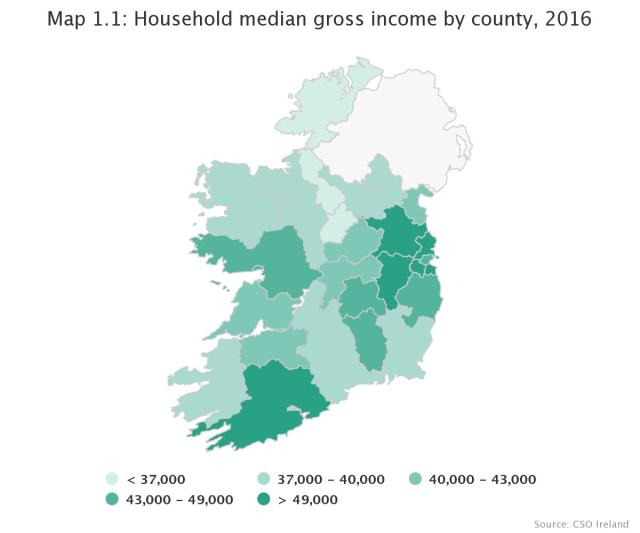