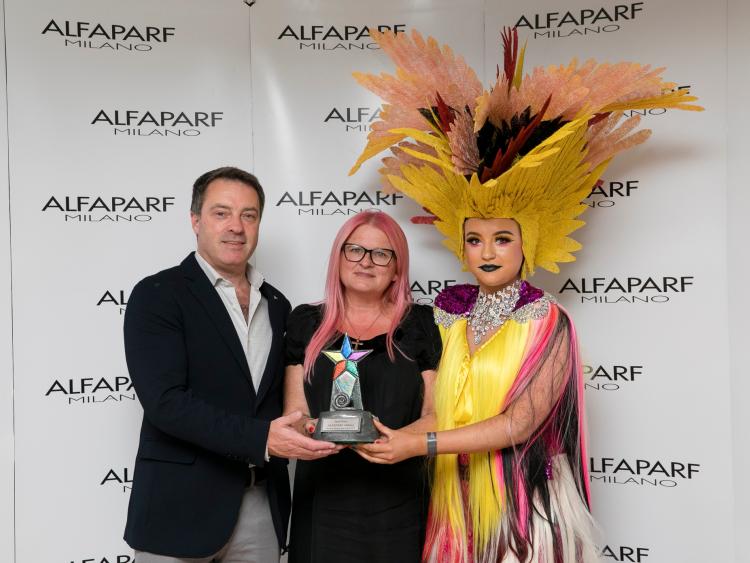 Now in its tenth year, it is the most widely attended awards ceremony in the hairdressing industry on the island of Ireland.   The Awards took place in the RDS, Ballsbridge on Sunday, October 20.

The Awards give stylists an opportunity to showcase both their creative strengths and commercial acumen, through six creative, three business and one artistic – the ALFAPARF MILANO Inixia photographic award. The 10 category winners are recognised and acknowledged as representing the best in Ireland’s hairdressing industry. The Awards’ prestige guarantees a large volume of contestants with over 300 hairdressers from all over Ireland dedicating months of hard work preparing their entries for the 10 categories. This year saw the introduction of a Lifetime Achievement Award.

Acclaimed stylist, designer and TV presenter, Brendan Courtney, hosted the event to which some 1,200 stylists and industry insiders attended.