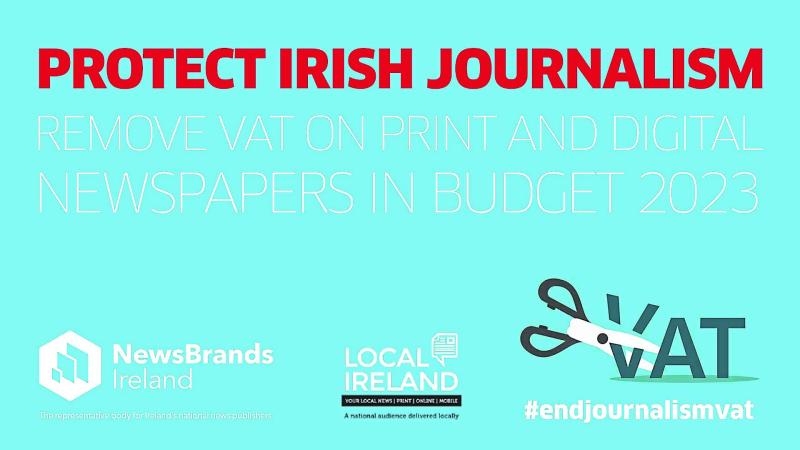 TD Marian Harkin has called on the government to follow the example of many EU countries and introduce a 0% VAT rate on newspapers in budget 2023.

“We all know that newspapers, particularly local newspapers have been struggling for quite a number of years and many titles have gone out of business,” she said. “Newspapers staffed by professional journalists play a vital role in making sure that, as a society, we are informed by reliable, fact-checked news and information. This is crucial for a healthy society and a healthy democracy.”

The Sligo Leitrim TD went on to say that newspapers must be helped in every way to weather current storms, especially the threat from the relatively unregulated social media sector and certain platforms purporting to be legitimate sources of news.
“The mushrooming of social media has had many benefits, but it has also led to an unending stream of unregulated news and comment. This has muddied the waters and leaves it more difficult for people to tell the difference between fact, fantasy and downright untruths,” she said.

Ms Harkin says that local newspapers are a particularly important part of local communities and local political life, “It is vital the stories that matter locally are told and made available to local audiences and local readership. Community initiatives, community successes and community problems need reliable forums where they can be presented and aired factually and professionally.”

“Denmark, Austria, the UK and other European countries have applied 0% or low VAT rates to protect and support their indigenous newspapers in the digital age. Our newspapers should also be assisted in their adjustment to the new reality. With advertising revenues falling and a decline in circulation they need to be able to reinvent themselves. It takes money to make the digital transition, meanwhile, monetising digital newspapers is an on-going struggle,” she said.

“If we want to avoid what is happening in other countries, where democracy is being endangered and society is being riven apart by rumour, misinformation and conspiracy theories, a simple measure like dropping VAT on newspapers is a low-cost first step.”