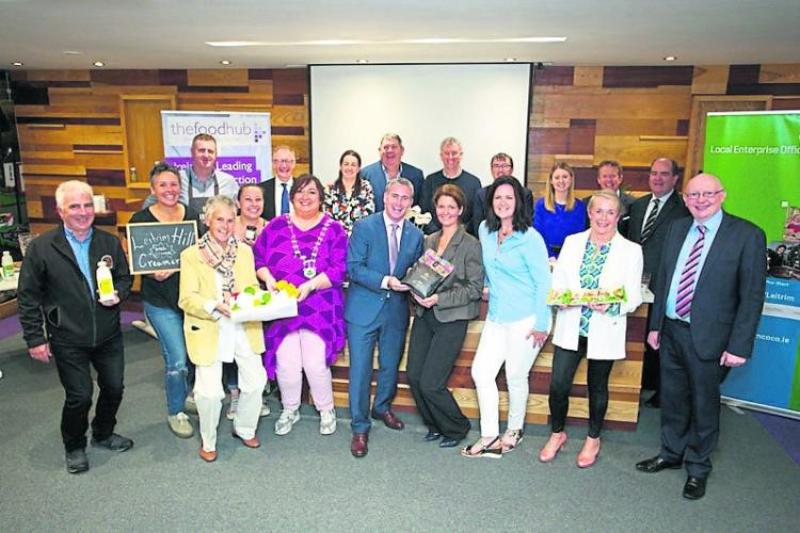 Minister of State for Business, Employment and Retail, Damien English, T.D., visited the Leitrim Local Enterprise Office (LEO) on Wednesday, September 7, where he met with council officials and members of the LEO team as well as some of their client companies.

Minister English’s first stop was the Food Hub in Drumshanbo where he was greeted by Minister of State, Frank Feighan, Cathaoirleach of Leitrim County Council, Ita Reynolds-Flynn and Leitrim Chief Executive, Lar Power. 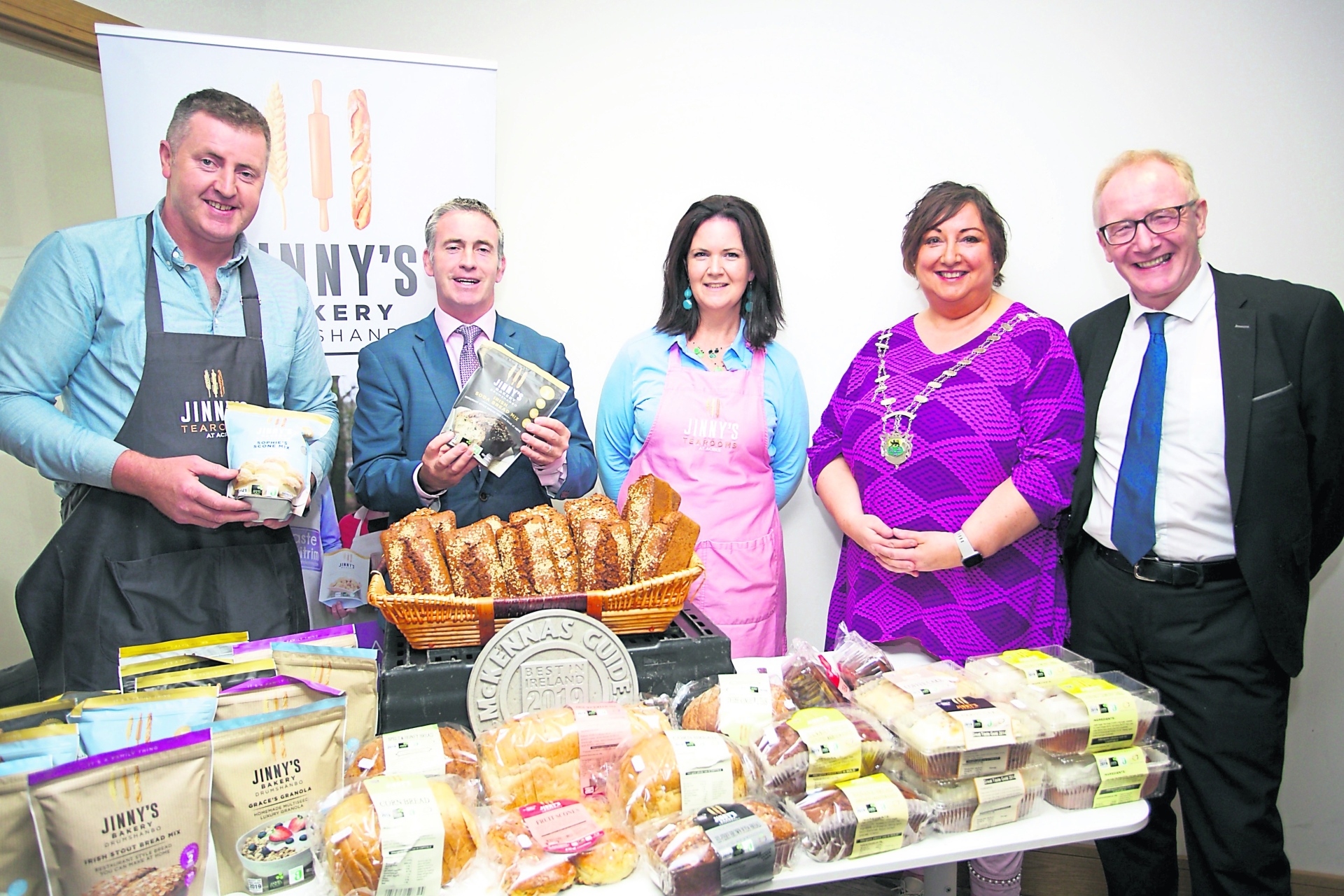 The Minister then heard from Director of Services, Joseph Gilhooly and LEO Head of Enterprise, Joe Lowe about developments in the county and their future plans and priorities.

Minister English said, “I am delighted to be here in Leitrim and to meet the LEO team. Whether it is through the provision of training, mentoring or through other important assistance, the LEOs are a fantastic support for local businesses.

“I am also pleased to visit the Food Hub which is part of the Leitrim Food Enterprise Zone. This project has received funding from my Department’s Regional Enterprise Development Fund and the initiative will ultimately see Drumshanbo and its hinterland develop as an area of food excellence and production.” 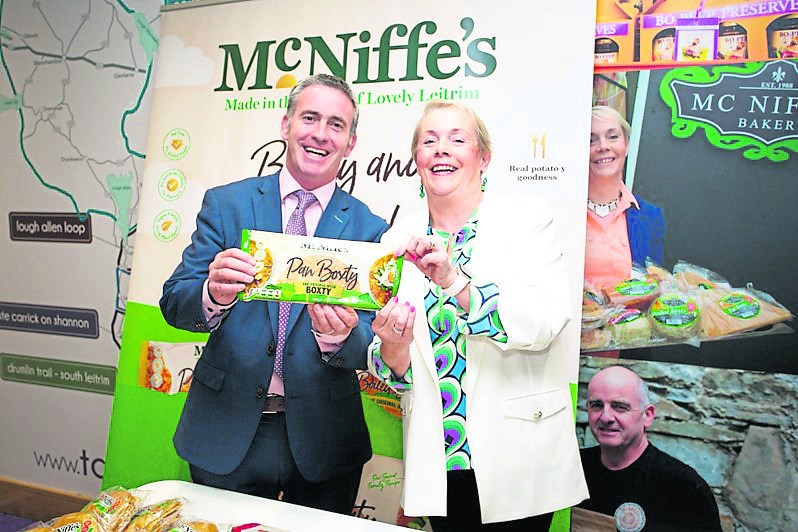 At the Food Hub the Minister met several LEO client companies to find out about their produce. First he was introduced to McNiffes Bakery, famous for its boxty which is stocked in shops throughout Ireland.

Next he spoke to John Brennan of Blakes Always Organic which was established in 2012. The company produces organic kefir and whole-bean artisan organic coffee beans. 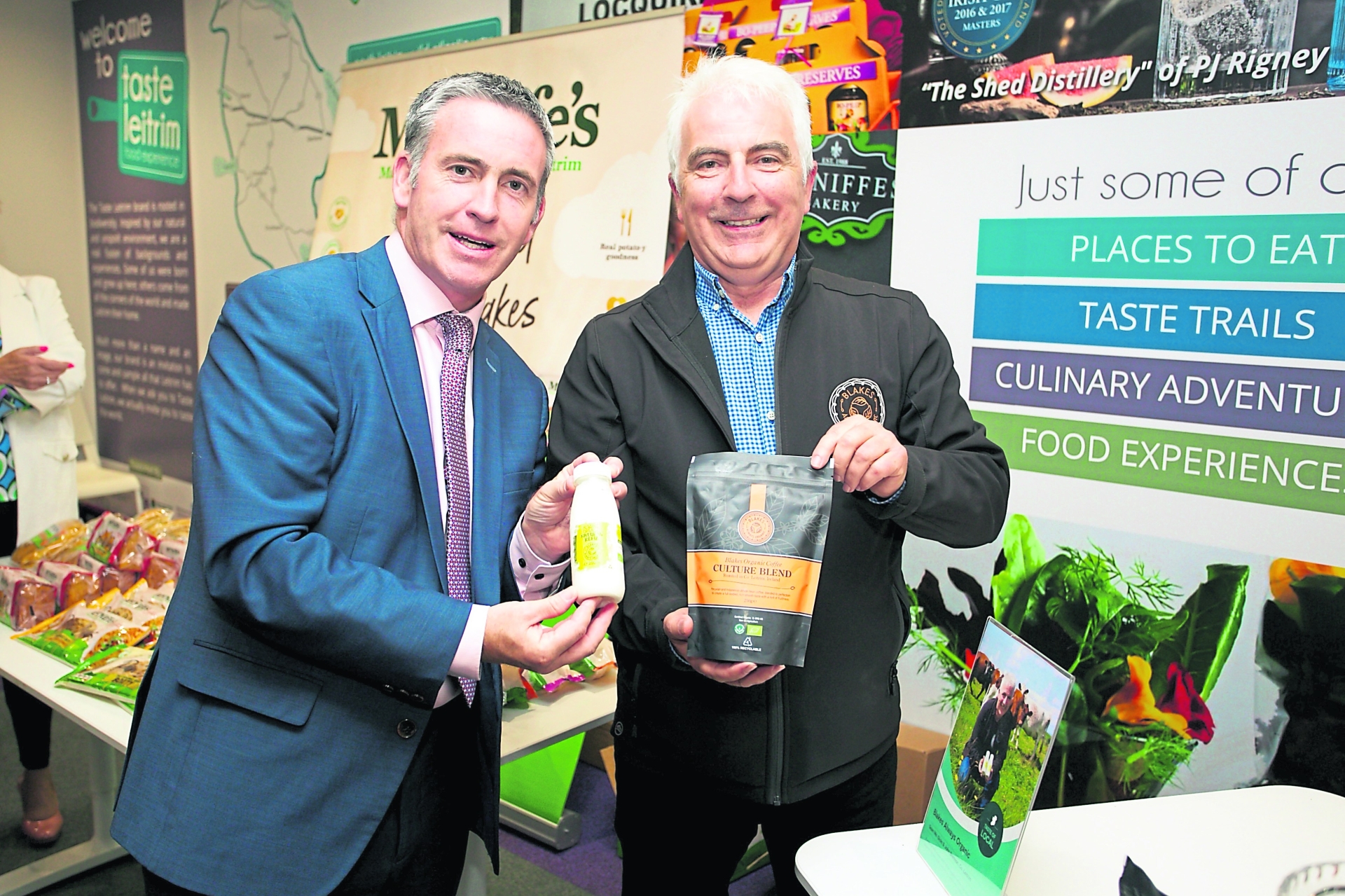 Sinead and Pascal Gillard then told the Minister about their family business, Jinny’s Bakery and Tea Rooms. They now supply bread to retailers nationwide as well as to Supermacs and hotels across the country.

Minister English then spoke with Lisa Gifford of Leitrim Hill Creamery who told him about her business that produces hard and soft goats’ cheeses.

Finally, the Minister met with Georgia Visnyei of Artessa, a coffee roastery that supplies coffee to customers in Ireland, the UK and across Europe. 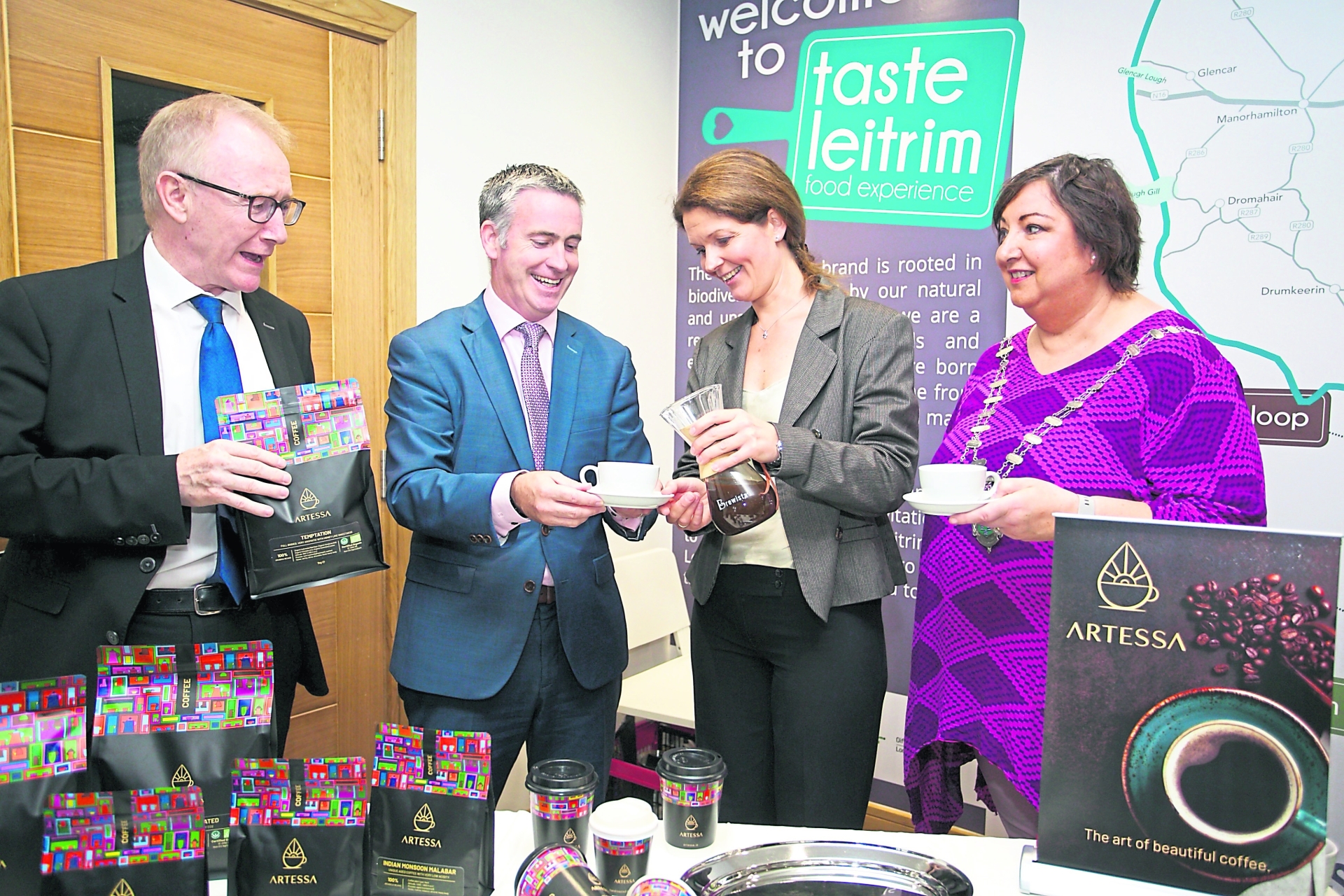 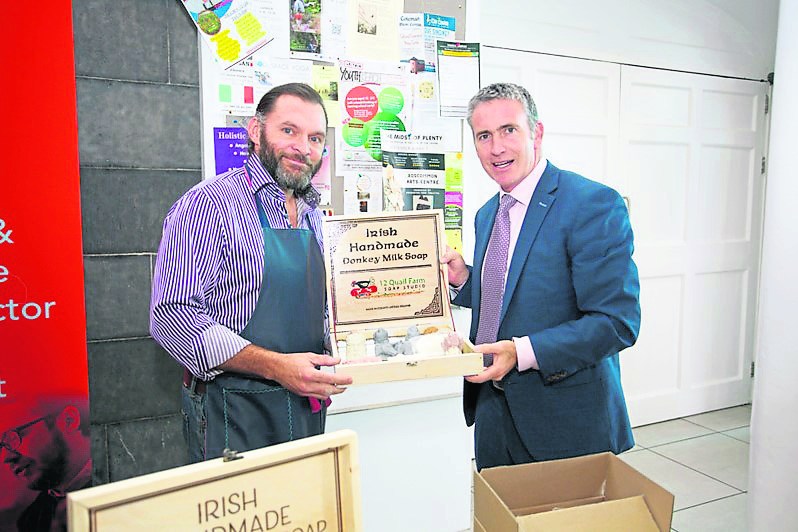 Minister English also learned about the Creative Heartlands/Fab Lab that was funded by the Regional Enterprise Development Fund. It is a three-year project developed by Leitrim, Sligo and Roscommon Arts Offices and Local Enterprise Offices that aims to strengthen economic growth and sustain existing enterprises in the film sector and in the design and digital fabrication sector. 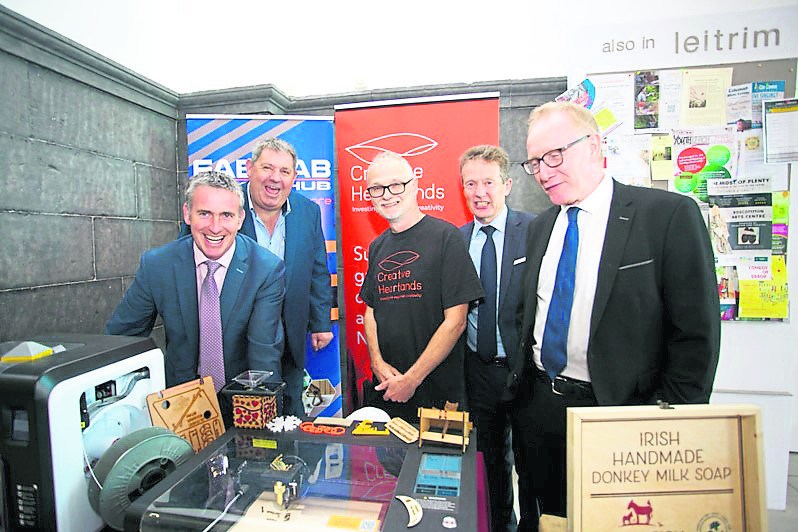 On the conclusion of his visit, Minister English said, “The spirit of entrepreneurship is alive and well in Leitrim. The variety of businesses here really underlines the type of talent that exists in regions all over the country.

“The potential in Leitrim for the food industry, craft and design and many other innovative sectors is clear to see.

“It is wonderful to see people identifying these business opportunities and through the LEO network and other supports, the Government will continue to back these businesses and help them to grow and thrive.

“Underpinned by our progressive Regional Enterprise Plans, this will ensure job creation and economic growth in every part of the country.” 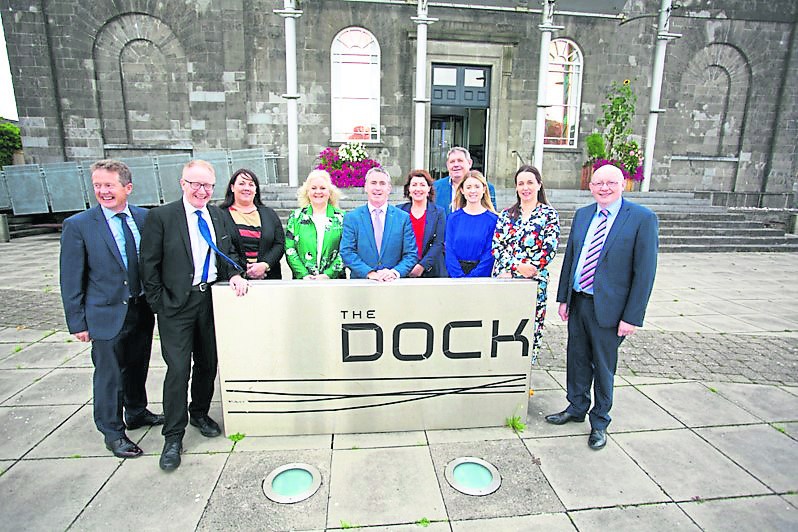