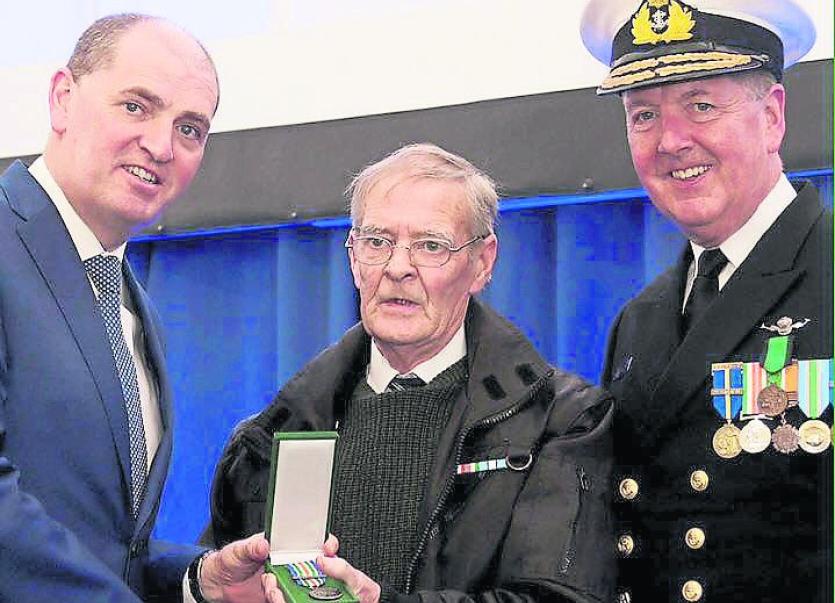 Pat Quinlan, St. Patrick’s Park, Carrick-on-Shannon is presented with a specially commissioned medal for Valiant Defence and Courage on behalf of his late brother, Matthew, who fought with great courage and bravery, as did the men of ‘A’ Company 35th Infantry Battalion, at the Siege of Jadotville in 1961.

The Medal Presentation was made by Minister with responsibility for Defence Paul Kehoe at a ceremony held in Custume Barracks, Athlone on 2nd December last. Also in picture above is Defence Forces Chief of Staff, Chris Mellett. The Quinlan family are delighted that these brave soldiers have finally received the recognition they truly deserve.

The medal depicts a Celtic warrior, and is inscribed in Irish with the words bravery, defence and calm.