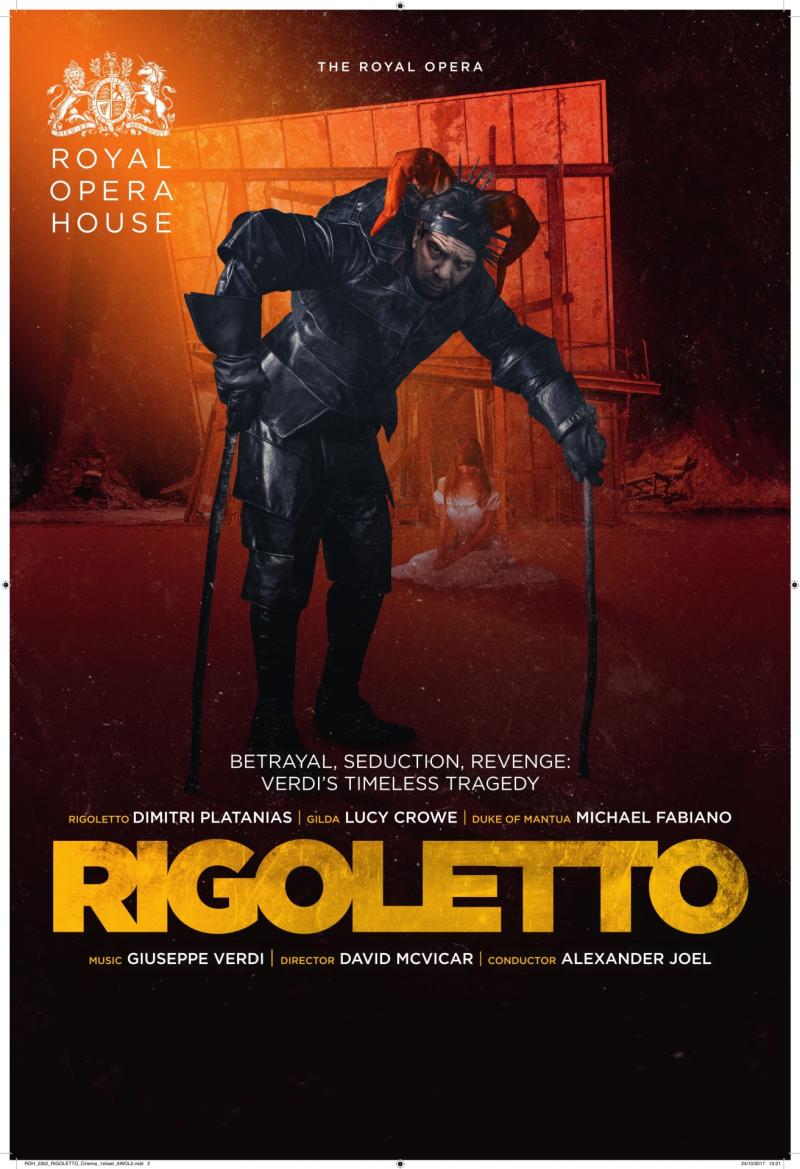 Carrick Cineplex is holding a live screening of the acclaimed opera ‘Rigoletto’,

Get the New Year off to a cultural start at Carrick Cineplex on Tuesday 16th January with a live screening of the acclaimed opera ‘Rigoletto’, in high definition live from The Royal Opera House in Covent Garden, London at 7.15pm; tickets €20 / €16 concession and can be pre-booked online at www.carrickcineplex.ie or by phoning 071 96 72000.

There are 8 world class operas and ballets scheduled for the spring-summer 2018 season. Other season highlights include ‘Tosca’ on 7th February, ‘Carmen’ on 6th March and a ‘Bernstein Centenary Ballet Celebration’ planned for 27th March.

Rigoletto, court jester to the libertine Duke of Mantua, is cursed by the father of one of the Duke’s victims for his irreverent laughter. When the Duke seduces Rigoletto’s daughter Gilda, it seems the curse is taking effect. Rigoletto arranges to have the Duke assassinated. But Gilda still loves the womanizing Duke and sacrifices herself in his place. Rigoletto eagerly uncovers the corpse only to find instead his fatally wounded daughter, who dies in his arms.

Giuseppe Verdi wrote in 1855 that Rigoletto, based on Victor Hugo’s play Le Roi s’amuse, was his ‘best opera’. He had had to overcome state censorship to stage it – the censors objected to its depiction of an immoral ruler – but he was vindicated by the premiere’s huge success in 1851. Rigoletto was performed 250 times in the next 10 years and has remained one of the most popular of all operas. See www.carrickcineplex.ie for further information.

To be in with a chance of winning two tickets to this special event email your name and contact details to editor@leitrimobserver.ie with Carrick Cineplex in the subject line. Entries close on Friday, January 12.