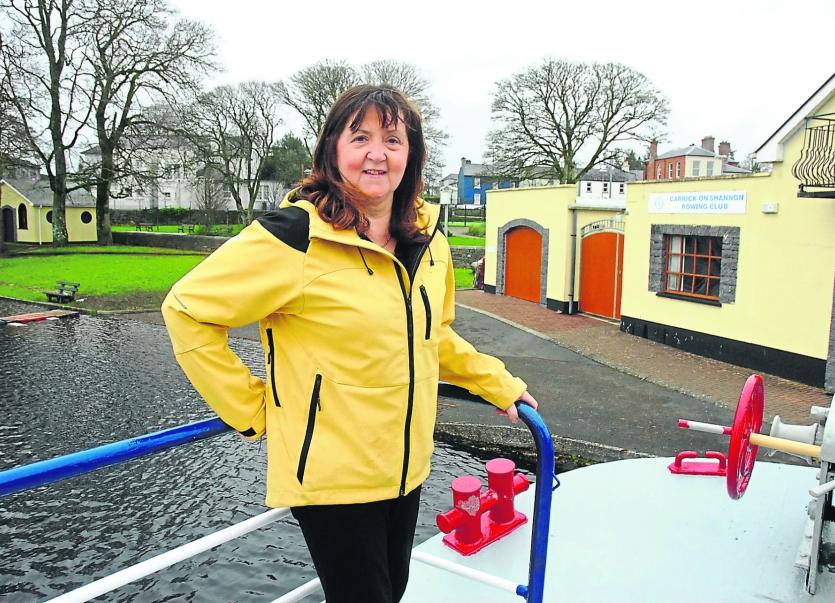 After her rowing achievements were recognised as Leitrim's Greatest Sporting Moment, Frances Cryan is to be Grand Marshal at this year’s St Patrick’s Day Parade in Carrick-on-Shannon which will get underway at 12.45pm on Saturday.

Carrick Chamber would appeal to all shops, pubs and hotels along the parade route to decorate their premises adding some extra colour to the festivities and be in with a chance to win the prize for Best Window Display sponsored by Gallagher Auctioneers.

Parade participants are asked to assemble from 12 noon on Saturday at the Circular road for floats and vehicles.

Marching entries please assemble at the Girls’ School, on the old Dublin Road. The parade starts at 12.45pm.

Parade entry fees are nominal: non commercial groups and floats are free. Commercial entries are €30 for the first vehicle and €25 for each subsequent entry.

Chamber members get one free entry.

There is still time for businesses, local groups, schools, sporting clubs to get organized and join the parade.
Any queries please email or call Monica or Marie at Carrick Chamber Office (071) 9622245 – Monday to Friday.