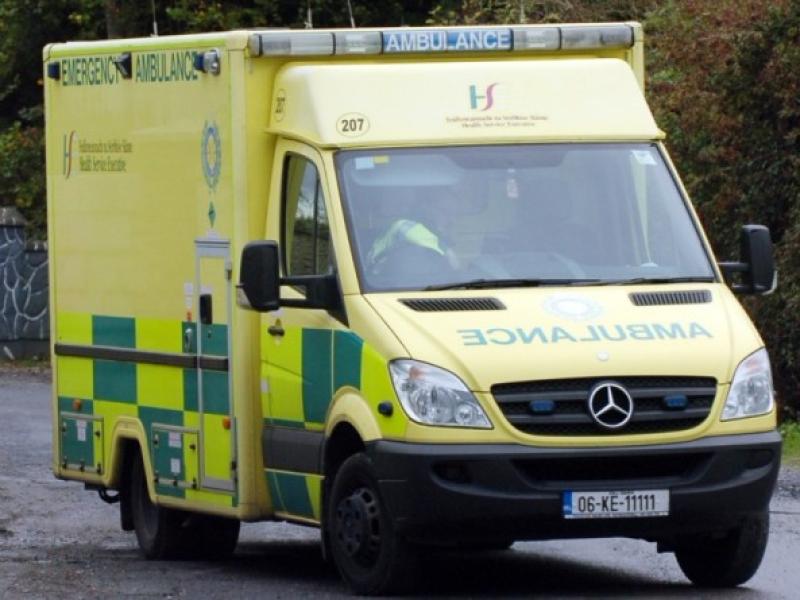 The ambulance service covering Co. Leitrim and other counties in the region is at breaking point due to staff being deployed from their base to cover other areas.

Only last weekend, the town of Carrick-on-Shannon was remarkably left without any ambulance for three days as a staff member called in sick and his shift was not covered.

Another crew had been deployed to calls outside the immediate area leaving the town, which experienced one of its busiest weekends in recent years, without any ambulance.

A source told the Leitrim Observer that there was also now crew in Boyle last Sunday as one crew was dispatched to Sligo while the other was deployed to use a jeep to cover the wider Boyle and Carrick-on-Shannon area. The jeep, while able to respond to emergencies, does not have patient carrying capabilities.

The Ambulance Service say 19 additional paramedic staff were assigned to the North West in 2016 and 2017 but local politicians have called for more ambulances.

The matter of the ambulance service was raised at the February meeting of the HSE West Health Forum with Sligo's Cllr Keith Henry and Cllr Caillian Ellis from Leitrim.

“While there is a base in Boyle and Carrick-on-Shannon the crews there spend nearly all of their time answering calls from Longford, Westmeath, Cavan, Mayo, Galway and several other counties out of region.

“This is because they are the nearest available ambulance in most cases and it has a domino effect in that South Sligo, South Leitrim and North Roscommon have no available ambulance as a result of these out of region calls,” Cllr Henry informed the meeting.

“When an ambulance moves out of the area there’s no guarantee one will always move in to replace it. Sligo’s ambulances already pick up calls from all over the North West.

“If an ambulance leaves a base like Boyle or Carrick-on-Shannon it could be four hours or more before they return leaving a large area uncovered in the event of an emergency,” he added.

A source who spoke to the Leitrim Observer this week said it was incredible that Carrick-on-Shannon where the ambulance crew serves the N4, the river, train station, canals, the local party scene and then the additional numbers associated with St. Patrick's Day parades and people out watching the rugby match, was left without any locally based ambulance.

The Carrick crew spent a large part of last Sunday in Mullingar.

Cllr Henry who is a post primary teacher in Carrick-on-Shannon Community School says that “what happens in one county affects its neighbours as ambulances are pulled out to cover emergencies so that’s why I raise the issue with Boyle and Carrick-on-Shannon.

“If Sligo’s ambulances are on call outs, those locations become our nearest ambulances in South Sligo and they’re constantly being dragged around the country.”

Paudie O’Riordan of the Ambulance Service responded to Cllr Henry by said that “19 additional paramedic staff were assigned to the North West in 2016 and 2017 to eliminate on call.”

Cllr Henry said while this is a welcome move the “recruitment of additional staff into the region and an extra one or two ambulances in outlying areas would go a long way to solving the issues I raise and reduce response times.

“Rural areas are responding to shortages in urban areas and as a result they have longer response times. I’m aware of close to 20 paramedics who would like to transfer to the region but can’t.”

Paudie O’Riordan said that “transfers would be accommodated where it didn’t cause shortages in the regions they are leaving and that is difficult.”

He said that at the moment Galway City is his biggest concern to which Cllr Henry responded is the “reason why rural bases like Boyle and Carrick on Shannon are constantly out of their area. They’re answering emergency calls out of region and leaving a huge geographic area without an ambulance. Getting more crews and ambulances is the only solution.”

This story has made headlines for a number of months now. Last October, Deputy Martin Kenny called on the HSE to provide eight additional trained paramedics to the ambulance service in the South Leitrim, North Roscommon area and to staff an extra ambulance to remain focused on call outs in that area.

Six months later, Deputy Kenny told the Observer the extent of the response from the HSE was just acknowledgment of his letter. He said he also personally brought the matter up with the Minister for Health who said he would address the matter when he next meets with the Ambulance Service.

Deputy Kenny said that over half the time there is no ambulance at the local base when the call comes in, because it is out covering other call outs in other parts of the country.

“Ambulance staff are more often than not out covering other call outs in other parts of the country and could be a hundred miles away due to the management model called dynamic deployment,” Cllr Kenny explained.

“The solution to this situation is to put an additional ambulance in place that would stay within the area. The staff at present are there but in each area there needs to be at least one ambulance on standby,” Deputy Kenny said.