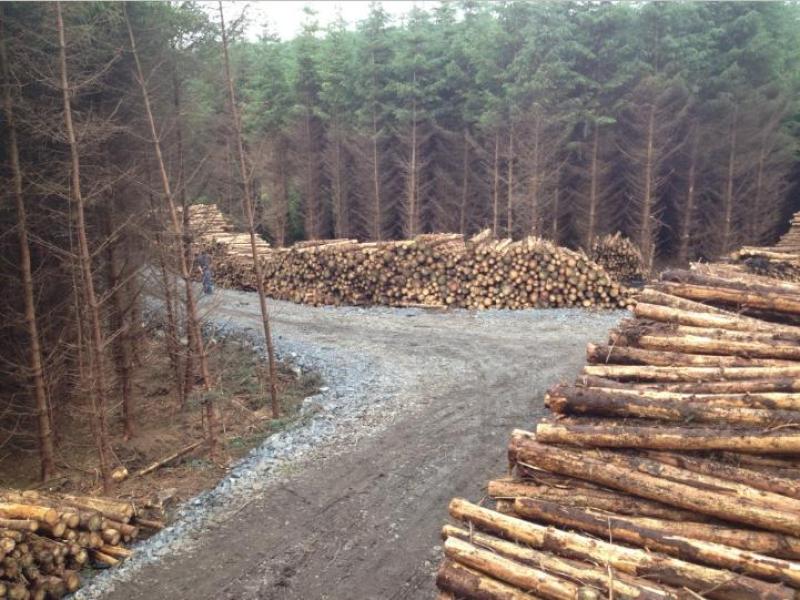 As campaigners continue to highlight their belief that Leitrim is in danger of being severely impacted by forestry, extracts from the recently released 'Lemass Tapes' reveal former Taoiseach, Sean Lemass, was very much in favour of planting as much of Leitrim as possible in forestry.

Extracts from the 'Lemass Tapes', a series of interviews recorded by businessman Dermot Ryan which were conducted in 1967 but not made public until this month, reveal Lemass, who served as Taoiseach from 1959-1966 outlined his vision for how to improve conditions for farmers in Co. Leitrim.

Another gem from the Lemass Tapes where he laments not having dictatorial powers. If he did, he would have planted Leitrim with trees as he believed the land was fit for nothing else. How topical is that? @LeitrimToday @TConlonthecouch @FintanCox @EdwinaGuckian pic.twitter.com/i3at3Hl2z3

The Save Leitrim group who are campaigning against the level of sitka spruce trees planted in the county have highlighted the fact that 50% of County Leitrim’s agricultural land is planted in non-native, invasive species.

"That’s 14,000 hectares of Leitrim land and it is increasing everyday. That’s 34.5 million sitka spruce trees. Once land is planted, it can never be taken out of forestry."

In 1967 the issue had yet to be fully explored but former Taoiseach Sean Lemass used Leitrim as an example when asked by Dermot Ryan if he had ever considered, "that the Government should buy 5,000 acres of really good land as an investment and run an agricultural project in a business-like way?"

Mr Lemass replied, "In Co Leitrim where the land is very poor and where the standard of living is relatively low, I had the idea that the right use to make of the land there would be to plant it with timber.

“This, of course, might mean acquiring the land; or a system would have to be devised whereby the land could be rented to us by the owners. In that way, payment would be on an annual basis.

“This would continue for 25 years or so until the timber was matured.

“I believe that an acre of land in Leitrim, under timber, would, over 25 or 30 years produce more in the way of saleable wealth, than is produced by either cattle or sheep now.

“I tried to think out a plan whereby there would not be that long period to wait for the pay-off, and the farmer could be paid year by year, for the land being planted.”

Outlining the obstacles such a project would face, Lemass noted if he enjoyed dictatorial powers it would be easier to implement.

Lemass continued, "But this again, was one of these ambitious things which you would love to be able to do and which you probably would do if you had dictatorial power and nobody to question you because it involved a very substantial investment of money and it involved considerable opposition from the traditionalists in the area.

“It would be an act of faith in your conviction that this was the right way to use the land."

In recent months there have been a number of high profile public meetings and protests highlighting the extent to which the county has been planted with non-native trees with campaigners expressing the belief that this is damaging for the land.
'Save Leitrim' will be holding an open evening in the Lough Allen Hotel, Drumshanbo on Friday, June 22 at 8.30pm to highlight the impacts of conifer plantations.