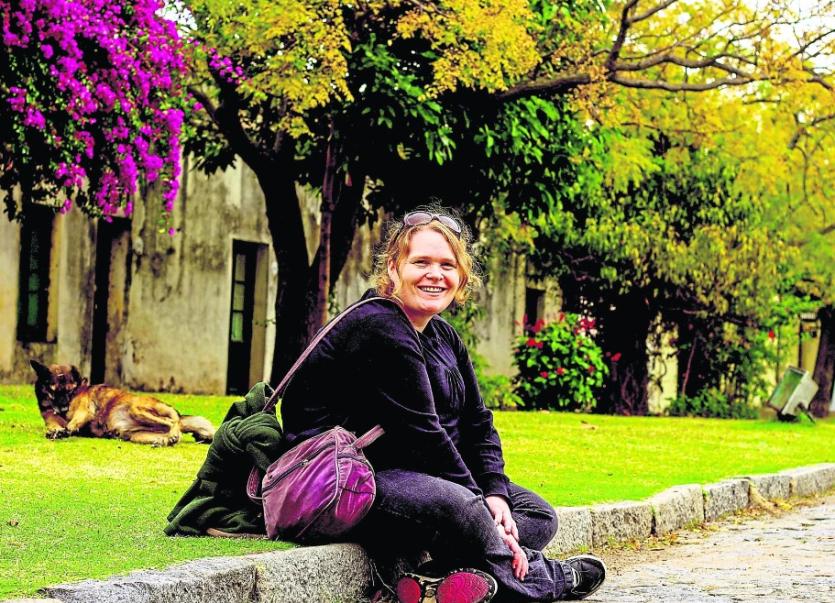 This Saturday night at 8pm, the community of Leitrim Village will gather in the Leitrim Gaels Community Field (Leitrim Gaels GAA Club) for a Benefit Social in support of Ruth Earley.

The 36-year-old daughter of Joe and Beth Earley (Dr. Beth McCarthy), Ruth has been in rehabilitation after dealing with the aftermath of a spinal cord injury all summer.

It kicks off at 8pm with entertainment from Carol O'Dowd and Wallop The Spot. Refreshments will be served and there will be a fully licensed bar on the night.

Living and working in the film industry in London, her activities include the film school (North West Film School) Action School of Film) while she also did charity work for Syrian refugees in Calais, Serbia and Greece. during 2017.

However last April Ruth woke for work as normal and was unable to feel anything below her waist.

She was eventually diagnosed with cuada equina where the nerve roots in her lower spine were compressed. Ruth had emergency spinal cord surgery to try and minimise the long term damage. She was informed by doctors that she would never walk again.

Despite these warnings she embraced the challenge of rehabilitation and with many long and painful months with excellent medical and physio teams she was able to support herself, stand and take some steps with the help of splints and other vital equipment.

She walked, with the aid of crutches, out of the National Spinal Cord Injury Centre in Stanmore, London after 14 weeks constant work and determination.

Despite these small improvements in her ability to move her lower limbs and slowly walk very short distances of up to 30 metres maximum, she will be heavily dependant on a wheelchair and access to specialised equipment to facilitate circulation in her lower legs.

The results of the injuries are not just limited to standing and walking, with other normal bodily functions unlikely to ever recover and they will affect her every day life going forward.

There will be both a prize draw and an auction this Saturday night with prizes donated by local businesses.
The drop off points are : At the event on Saturday, 29th September; The Reading Room in Carrick on Shannon; Leitrim Village Post Office; Blueway Beauty in Leitrim Village or; online at www.gofundme.com/ruthearley

Confirmed Prize Draw will include a minimum of:

The confirmed auction items on the night will be:

A 2 Night Midweek Break for 2 with dinner in the County Arms Hotel, Birr, Co. Offaly; VIP Night Out for 4 at the Landmark Hotel. (Dinner for 4 with a bottle of wine and 4 VIP Tickets to an event of your choice at the Landmark Central); A Sligo Rovers Package (Signed Sligo Rovers Jersey, 2019 Season Ticket and training session with Raff Cretaro); A Leitrim GAA Package (Signed Leitrim Jersey from FBD League winning team & training session with Emlyn Mulligan); Signed Ireland Soccer Jersey (As worn by Shane Long); 2 Framed Photographs of Leitrim Village by Sinead Tracey LIPF.