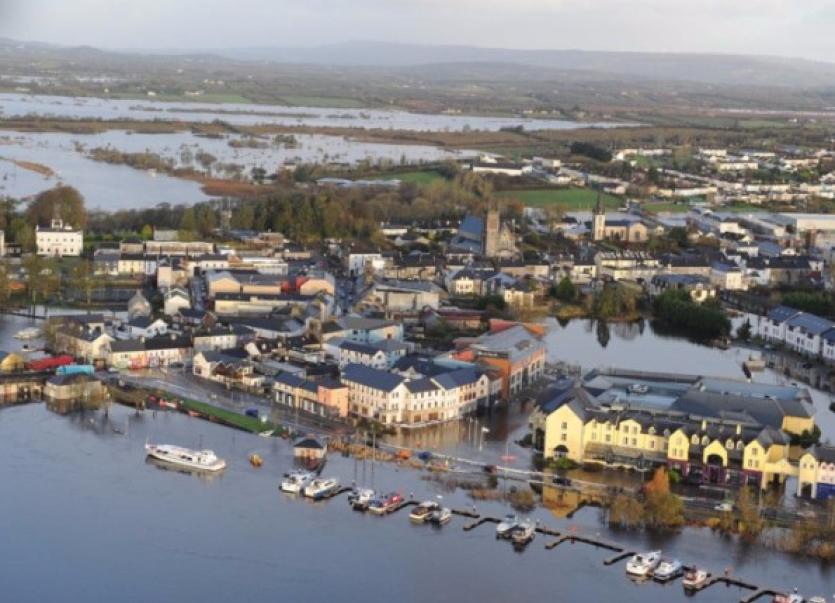 Minister of State for the OPW and Flood Relief, Kevin ‘Boxer’ Moran TD has welcomed Cabinet approval for the establishment of a standing support scheme for small businesses, community, voluntary and sporting bodies affected by flooding.

Approval for the scheme, proposed by Minister with Responsibility for Defence, Paul Kehoe, and Minister for Business, Enterprise and Innovation, Heather Humphreys was obtained at this week's Cabinet meeting.

“As a Minister who has seen at first-hand the devastation caused to businesses and local communities by major flooding events over recent years, I am particularly pleased that the scheme will now be put on a permanent footing and administered by the Department of Business, Enterprise and Innovation.

“This is a practicable and sensible approach and will assist in making payments much quicker and easier to dispense,” said Minister Moran.

Applicants will receive a "quick" payment which will be capped at an upper limit of €5,000.

“While the cap of €5,000 is likely to meet the requirements of the majority of applicants there is scope for a further payment of up to €15,000 after a more detailed assessment of the loss incurred.

The target group of the scheme are sole traders and small businesses with a small number of employees, as well as voluntary, community and sporting bodies. The scheme will be demand-led and will aimed at businesses and organisations who experience flood damage as a consequence of a severe weather event to their premises and who have been refused flood insurance.

“One of the big issues faced by businesses and community groups in the past has been the lengthy of time it takes to receive funding from support schemes in the aftermath of a major flooding event.”

“I am hoping that this new scheme, now on a permanent footing, will significantly reduce waiting times,” said Minister Moran.

“The new scheme will also give clarity and assurances to businesses who cannot obtain insurance to protect themselves against flooding,” said Minister Moran.

Irish Red Cross will continue to administer applications for assistance in accordance with a memorandum of understanding due to be agreed with the Department of Business, Enterprise and Innovation.

In the past, the Department of Defence operated temporary humanitarian support schemes in conjunction with the Irish Red Cross following incidents of flooding. Four such schemes have been opened since 2015 (Storm Desmond, Storm Eleanor, flooding in Donegal and Laois). The establishment of these schemes have operated on an ad-hoc basis.