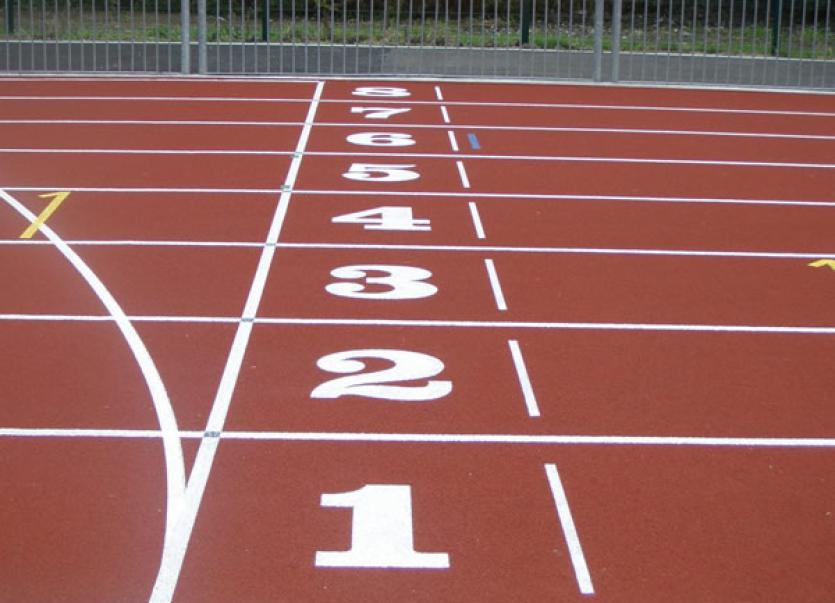 Cllr Guckian has called for a tartan track to be provided in the county town.

Carrick-on-Shannon Municipal District councillors have unanimously backed a call for the development of a regional sports facility in or around the Carrick-on-Shannon area.
Cllr Des Guckian urged Leitrim County Council officials to do “everything within their power to locate and develop a modern athletics tartan track and facilities” close to Carrick-on-Shannon.
Speaking at the December meeting Cllr Guckian said the local athletics club has achieved great success at national level thanks to the wonderful volunteers involved in the club.
However, he said, there still remains a lack of proper training facilities in the town with no changing rooms or tracks available for use.
His motion was seconded by Cllr Sean McGowan who said previous plans to develop a regional sports complex for Carrick-on-Shannon had “fallen by the wayside”.
“Perhaps we should look at (a regional sports complex) again?” he suggested, asking that the motion calling for a tartan track be expanded to include the development of a regional facility.
Cllr Finola Armstrong-McGuire also voiced her support for the motion noting that suitable sites had to be sourced for such a development.
Cllr Sinead Guckian also backed the proposal while Cllr Enda Stenson said that around 15 to 20 acres of land is needed to make this a viable proposal.
“The problem is that if people know that we are looking at this then the prices of land go out of control,” he acknowledged.
“I have spoken to (Leitrim County Council Chief Executive) Lar Power on this and he is very supportive. The problem remains trying to find a suitable site.”
Cllr Des Guckian suggested utilising a site on the Boyle Road if Leitrim County Council are prepared to share the project with Roscommon County Council.
However Cllr Stenson said there are complications with using potential sites on the Boyle Road.
Director of Services, Joseph Gilhooly said the Council are aware that sports training facilities are “badly needed” adding it is “our aspiration to have a regional sporting campus.
“We're happy to engage with any opportunity to develop such a facility,” he said.
Cllr Des Guckian said it is “very important” that the Council move forward with such a project as soon as possible.