Brave Leitrim woman is optimistic for the year ahead

Imagine waking up one morning to find you are paralysed 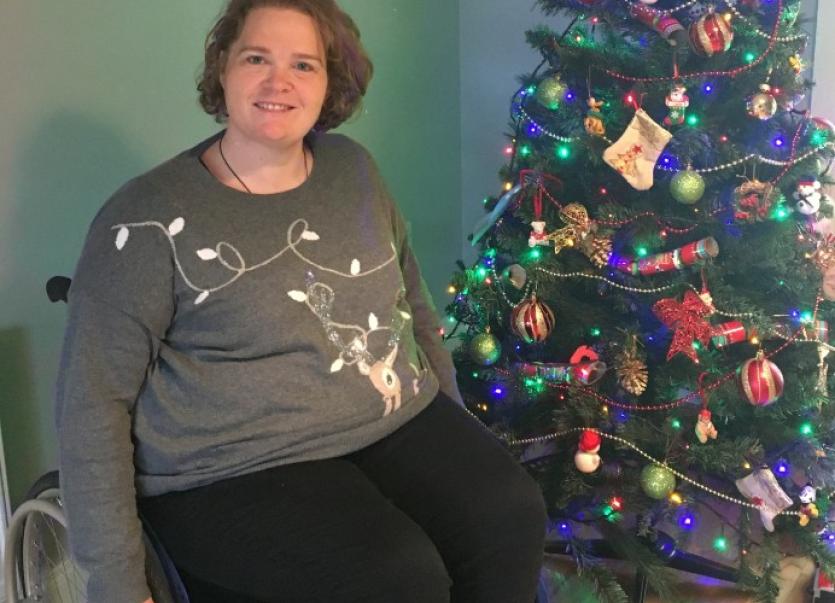 Ruth Earley from Leitrim Village is just like any of us. She moved to England to get work and her life revolved around family and friends. However last April Ruth's world was changed forever when she woke up one morning to find that she had developed a rare and spinal cord injury and was told she would probably never walk again.
This is Ruth's story in her own words:
When I rang in 2018 with friends and neighbours in Leitrim Village, we celebrated by dancing the night away and wishing each other all of the nice things that good people wish each other at the start of every year. Health. Happiness. Prosperity. Like most other years, I made promises to myself that this year would be the one. I would finally knock bad habits on the head.
I would definitely take up a new hobby. I’d dig up and finish that pet project I’d buried somewhere back in 2009. I’d do something to help others. Everything would change.
And it did .The New Year's resolutions waned, as usual, sometime around late January. My holiday at home in Leitrim now a distant memory, I’d returned to London where I’ve been living and working for most of the last 5 years. Normal life settled back in, along with all its habits. It was going to take something a lot more dramatic that a date on a calendar to turn my life on it’s head. So of course, dramatic is exactly what I got.
Monday the 23rd April 2018 should have been just another Monday morning, but it turned into the furthest thing from normal that I could have imagined. I woke with back pain and a terrifying numbness from the waist down that developed into paralysis over a few short hours. The ambulance was called. Friends gathered at my hospital bedside. Overnight bags were packed. Tests were done. Tubes and bags and canulas were hooked up. I was in organ failure. My spine had gone into shock. I had lost all sensation in my lower body. Family were called, flights were booked and the news was broken; I had Acute Cauda Equina Syndrome, a rare and serious Spinal Cord Injury. I needed emergency neurosurgery. They didn’t know if I’d ever walk again.
They didn’t seem to know a lot during those first 11 days. As I lay motionless in a hospital bed, the possibility of a future in a wheelchair became more and more real. The first time the word ‘paraplegic’ was used, I didn’t realise that it was being used to describe me. I argued. “Oh no,” I explained, “this is just temporary. I’ll be back on my feet before long.” Knowing, sympathetic smiles. The outlook was grim and the Doctors and Physiotherapists spoke with soft voices and pitying eyes as they talked about what would come next.
There was a small chance, they told me, of a full recovery. I might improve, but given the severity of my condition, they weren’t convinced. I needed machines and devices to control most of my lower body, including internal organs. There would be some rehabilitation, of course, but I had to be realistic. I heard only ‘chance of a full recovery’ and blocked out the rest. It turns out that denial can be your best friend. At some point during those first few weeks, I made the decision that I was going to carry on as close to normal as possible. I wasn’t going to put a full stop where life had put a comma. I researched the rehab facilities in London and pushed for a referral to the London Spinal Cord Injuries Centre where I was fortunate enough to get a bed six weeks later.
That’s where the real recovery began. Hour after hour, day after day, week after week, I worked on learning the basic things we take for granted. I took part in their education programs and learned how to manage the many elements of a Spinal Cord Injury that affect day to day living. I got involved in activities and followed every instruction from physios who never doubted me or my ability to get back on my feet. I reached milestones I might never have seen if I’d given in - my first toe twitch; the first bend of a knee; my first time sitting up; my first stand; my first step. As I grew stronger, my confidence came back and I knew that the full recovery the Doctors had reluctantly spoken about wasn’t just a pipe dream.
In the eight months since my injury, I’ve learned to walk short distances with the help of crutches and splints. I’ve still got a long way to go, but there’s not even a shadow of a doubt in my mind that I will eventually get there. I’m a sucker for a silver lining, so it probably comes as no surprise that I found plenty of positives among the challenges of 2018. For one thing, I’ve finally kept a resolution or two. 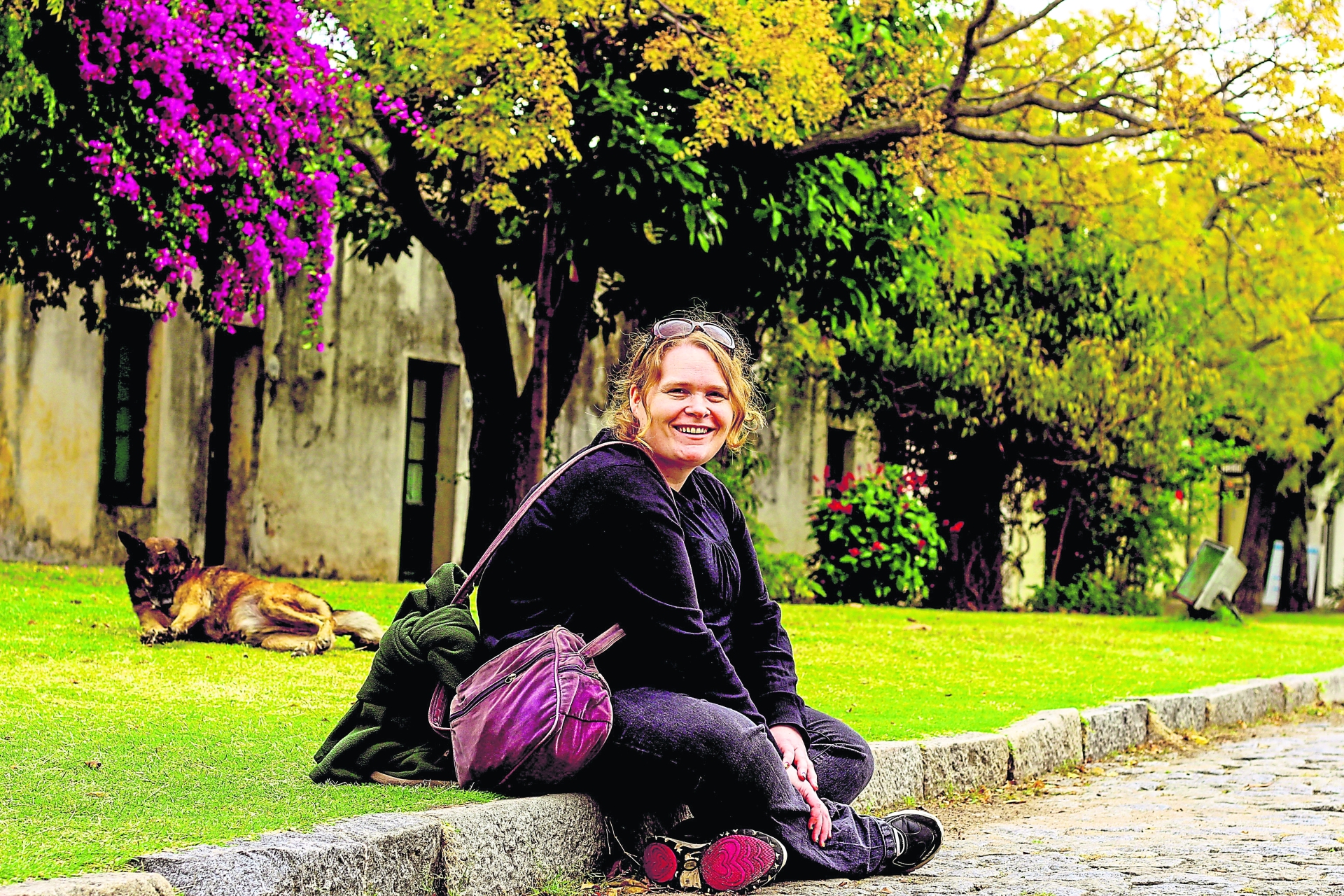 There was the new hobby resolution - I took up wheelchair basketball and joined a team who train in the leisure centre at the hospital. I’ve since become a spokesperson for Sports England and the #thisgirlcan campaign which encourages women, regardless of ability (or disability), to take up sports. Then there was the pet project. I’ve always loved writing, so I kept a blog to keep me occupied and keep writing while I was in hospital.
In October it was selected as a finalist for the Irish Blog Awards and it’s currently nominated for two UK Blog Awards. Life since hospital has been a bit more demanding so the blog has taken a bit of a backseat, but you can still read posts from earlier this year on www.ramblingruth.com. And then there’s the resolution to help others.
Since my discharge, I’ve been asked to return to the LSCIC to talk to current patients about living with Spinal Cord Injuries. When that call came in, I realised that mine is a success story. It’s far from over, but I’ll count it as a success nonetheless. Like most success stories, I didn’t do it alone. From the very first days in the hospital and over eight months since, I’ve been supported and encouraged by friends, family, neighbours and well wishers. The population of Leitrim and surrounding counties will have taken a few hits this year because there seems to have been a mass exodus all en route to London hospitals. I cannot thank my friends and family enough for their support and their fierce friendship during that time. In true Leitrim style, loved ones went the extra mile to make sure I had the support I needed. They organised a fundraiser in September to help me with the ongoing costs of therapy and equipment. I was fortunate enough to be able to be there. I talked to as many people as possible but with such a huge turnout, it was impossible to see everybody. I’d like to thank everybody who attended, who made a donation or who sponsored prizes, all the people who organised the event and volunteered on the night to make sure it was a resounding success, the musicians who gave up their time (and voices) to keep us entertained, all who travelled to be there - including those who flew from the US - and all of my very lovely friends who made it a night I’ll always remember.
Against all the odds, I was able to attend the fundraiser on a pair of crutches and was delighted to be able to get around on them throughout most of the night. That’s the stubborn Leitrim streak in me. I’d spent months in physio working up to it. I spent weeks in bed afterwards recovering from it. Every bit of it was worth it.
The funds raised on the night have made a huge difference to my recovery. I’ve been getting regular specialist Neuro-Physiotherapy which has helped my walking, balance and strength. In the week before Christmas, I picked up a brand new wheelchair and a specialised FES machine (Functional Electronic Stimulator) to help recover muscles and improve motor neuron function. All going well (and why wouldn’t it?).2019 will see me progressing to the next phase of my rehab - walking without crutches. None of this would have been possible without the kindness and generosity of everyone who supported the fundraiser, so from the bottom of my heart I’d like to say a massive Thank You all. This year, I rang in the New Year, surrounded by friends and loved ones in Leitrim. I might have had to pass on the dancing this time, but that won’t make it any less of a celebration. With so much to look forward to in 2019, I’ll be wishing health, happiness and nothing but nice things for all who have taken such good care of me this year (2018).