Irish and Scottish music melts together at The Dock 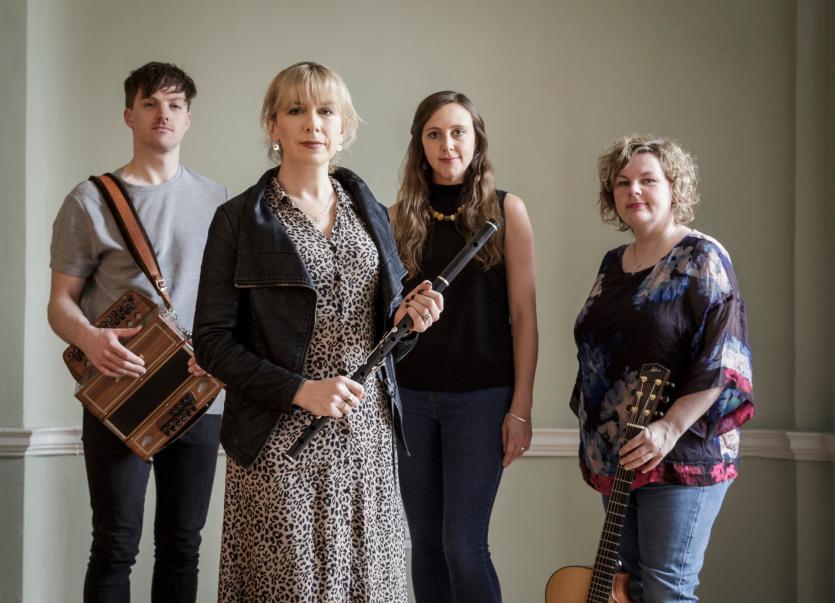 Don't miss the first gig of 2019 in The Dock, Carrick-on-Shannon

Why not kick-start 2019 with a vocal match made in heaven, featuring the ethereal voice of award-winning Scottish songstress Siobhan Miller and the honeyed tones of Muireann Nic Amhlaoibh at The Dock, this Thursday 17th January at 8pm?
The Corca Dhuibhne singer and flautist Nic Amhlaoibh and Scots songbird Miller will be joined by accordionist extraordinaire Damien Mullane and the stylish accompaniment of Anna Massie on guitar showcasing a variety of traditional Irish and Scots songs and tunes alongside exciting contemporary material.

Expect these players to strike sparks off each other!
Winner of the 2018 BBC Radio 2 Folk Award for Best Traditional Track, Miller has been lauded as “the finest young interpreter of Scots traditional song,” while highly-acclaimed singer and flautist Nic Amhlaoibh (recent winner of RTÉ Folk Awards 'Best Traditional Folk Track of the Year') is best known for her performances as a solo artist and with Irish super group Danú, and her work as a TV and radio presenter.

Gifted accordionist Damien Mullane brings his unique creative talents to the collaboration.
Winner of numerous All-Ireland titles on both accordion and melodeon, Mullane has collaborated with stars from a wide range of genres including Ronnie Wood, James Taylor and Sting.
Completing the line-up, fleet-fingered guitarist and banjo player Anna Massie is renowned for her work with Blazin’ Fiddles and such luminaries as Bella Hardy, Julie Fowlis, Kate Rusby, Capercaillie and Eddi Reader.
The first gig of 2019 at The Dock is going to set a very high standard and the organisers hope that you will join them to enjoy it on the night.