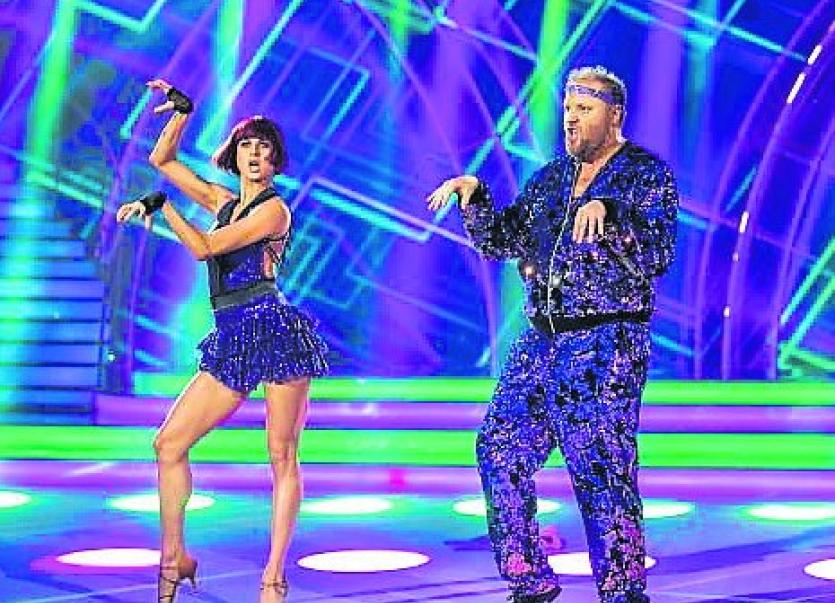 Fred Cooke and Giulia Dotta dancing the cha-cha to LMFAO’s Sexy and I Know It during the first live show of Dancing with the Stars .

He's certainly making an impression on Irish audiences as he takes to the floor on Dancing with the Stars and Meath comedian Fred Cooke has the support of Carrick-on-Shannon behind him as he boasts strong links to the area.

The son of Mary and Eamon Cooke, his mother Mary, whose maiden name is Holt grew up in the area.

He is the nephew of the late Lila, Fred and Sammy Holt who had a shop at the bottom of Bridge Street for many years.

Mary is now calling on the people of Carrick to vote for him as he takes to the floor again this weekend.

Speaking about taking part, Fred commented: “I'm so happy to be taking part on Dancing with the Stars this year. When it comes to dancing, I'm full of passion but I don't have the technique. I'll do my best to try and get both right on this incredible show."

Fred is partnered with Italian dancer Giulia Dotta. She has loads of experience with comedians on the show after being paired with Des Bishop on the first series back in 2017.

Last year, she was eliminated on Week four after a Paso Doble with former Ireland and Munster rugby player Tomas O'Leary.
Fred is no stranger to tv having appeared on Republic of Telly; The Savage Eye; The Tommy Tiernan Show; Vexed; The Fear; The Late Late Show.

He has performed at many big events and festivals like Cat Laughs Comedy Festival, the Vodafone Comedy Carnival, Edinburgh Fringe Festival, Tampere Comedy Festival in Finland, London Irish Comedy Festival, Kells Hay Festival, Mayo Summer Festival, The Trim Satire Festival. Commenting on taking part he said "There's very few people my age who get this experience. It's only like moments in the Gaeltacht when you get to meet people and hang out this intensely. It's very hard as a grown person to get this.”