Public supportive of plans for Carrick-on-Shannon but businesses concerned

Work on the town improvement to commence in September 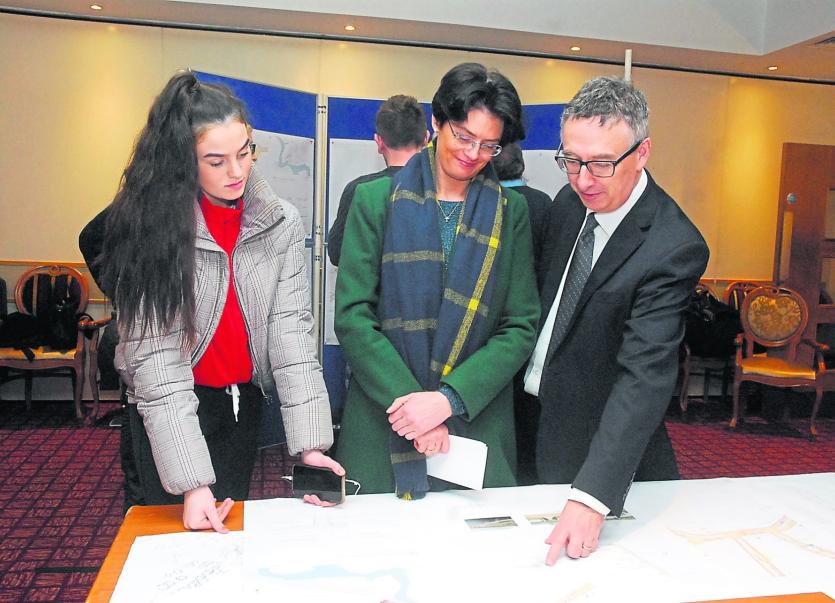 Plans for the regeneration and improvement of Carrick-on-Shannon town centre were brought before members of the local municipal district last week with a general welcome for the proposals.

The Public Realm Improvement Scheme within the town centre aims to enhance the existing street scapes of Main Street and St George’s Terrace to include the junction of both streets with Bridge Street. The scheme extends from Main Street onto the old Dublin Road, lower Summerhill, the Leitrim Road, Priest’s Lane and Church Lane.

The work, which has been allocated funding of €8.9m over three years, is expected to start next September and be carried out in stages. The first stage is due to be completed by May 2020 in time for the summer season.

Parking is perhaps the biggest issue regarding the scheme and it is proposed to provide a public car park with 105 spaces within the area known locally as Flynn’s Field to the rear of Main Street and Bridge Street.

The other main aspect of the work is to replace the existing fixed boardwalk along the River Shannon at the property of the boating companies and to provide a public floating boardwalk at that location connecting to the existing car parking area at the quayside.

Councillors addressed their own particular concerns with a general welcome for the funding and the proposed works.
The biggest sticking point appeared to be the reduction of on-street parking by about 50 spaces and the introduction of a new car park in the town.

Bernard Greene, Senior Planner, said they had received 28 submissions from the public with many being complimentary of the efforts being made to enhance the town.

“We are delighted with the engagement. It was mixed; the general public is very supportive, the business community has concerns,” he said.

The issues raised were almost entirely to do with car parking spaces and the impact their removal would have on existing businesses.

Mr Greene was questioned about the ownership of the Flynn's Field site and he said the local authority does not yet own it but is in the process of acquiring the property and is satisfied with its procedures to date in that regard.

He told Cllr Sinead Guckian that the existing gradient from the car park lane way onto Main Street does comply with the building regulations but discussions can be held to try and reduce that gradient.

In response to a query on whether the new car park would be paid parking, Mr Greene said the issue of paid parking was not part of the current report being considered and can be discussed at a later date.

Mr Greene pointed out to the meeting that the car park at the fire station is as close to Main Street as the Flynn's Field car park will be.

Cllr Des Guckian was not enthused by the report and said: “the model hardly suits Carrick-on-Shannon” and described the cost as “very prohibitive.”

The scheme was formally proposed by Cllr Sean McGowan and seconded by Cllr Finola Armstrong- McGuire.