The Breffni Players are back with The Plough and the Stars 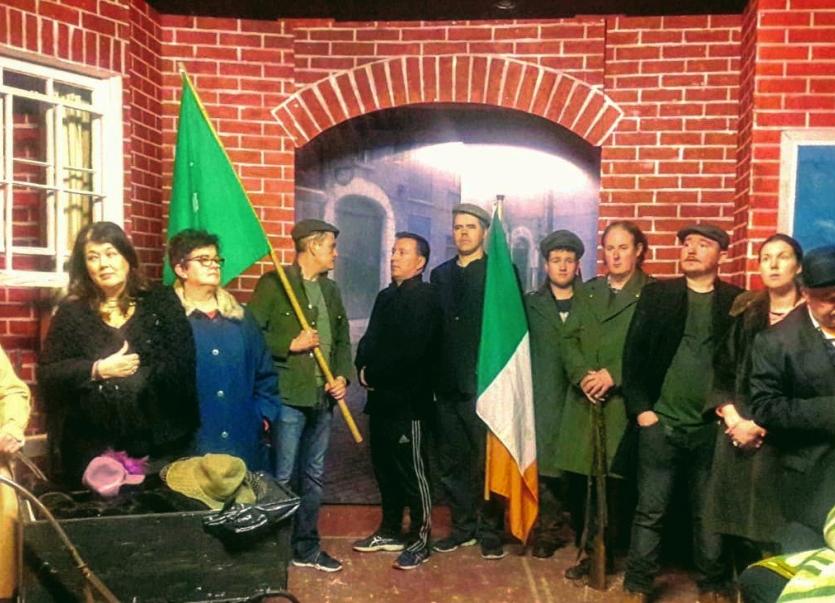 The Breffni Players present Sean O'Casey's The Plough and The Stars in The Dock from Tuesday, February 26 to Friday, March 1.

Set in 1916 Dublin amidst the bombing and shelling of the rebel positions, Sean O'Casey’s historical play takes on a new life in the masterful hands of director, Angus Dunne.
The background is an impoverished Dublin of tenement houses. The sombre atmosphere is invigorated by the wit and humour of the local inhabitants.

The Clitheroes, Nora (Louise O'Callaghan) and Jack (Michael McLoughlin) are trying to create a safe home for their future.
They, like many of the time, are never too far from tragedy.
Their neighbour, the young and sickly Mollser (Mia Branagan) with her mother, the assuredly sharp Mrs. Gogan (Dympna O'Rourke) are also trying to find some peace in the madness.
Surrounded by warring sides the comic timing of Dessy Doyle as Fluther and the eccentric Uncle Peter, portrayed by Thomas Winston, offer some relief from the tension created by the British Army (Martin Branagan and Gavin Sweeney) searches and the dangers of sniper fire.

In the midst of all is The Covey (Darragh Beirne), politicising and pontificating on behalf of the socialists to a somewhat unimpressed audience.
The humorous Rosie Redmond (Emer Keaveney) and the strong minded Bessie Burgess (Roisin Doyle) fight their corner as strong women do, while showing vulnerability and endearing characteristics that crown a well-cast play full of polished performances.

This truly is a not to be missed production. The Breffni players never fail to disappoint and their professionalism always shines through.
Tickets can be booked at The Dock, Carrick-on -Shannon with the show running for four nights from Tuesday, February 26 until Friday, March 1 at 8pm sharp.