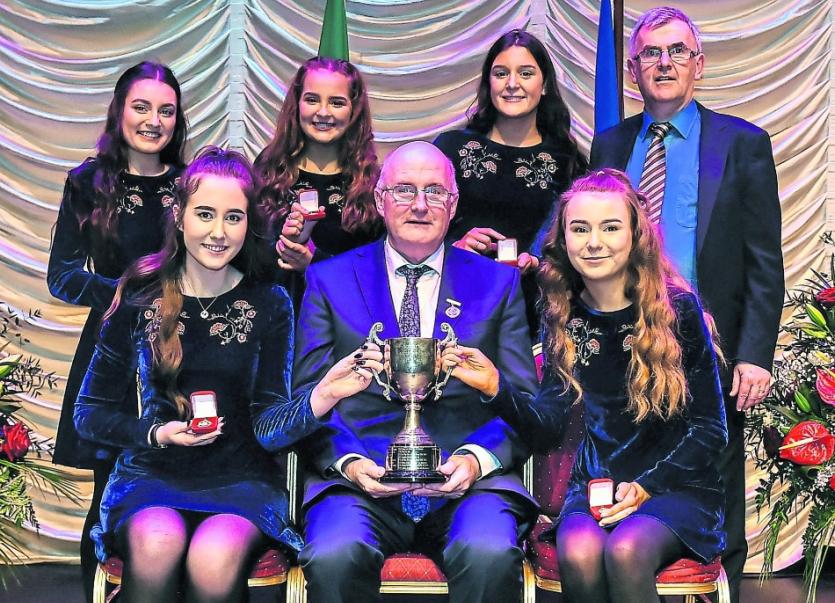 It is a day that will go down in the history books of St Mary’s Kiltoghert as their Junior Ballad Group were crowned All-Ireland Champions at the Scór finals which took place in the Royal Theatre in Castlebar last Saturday, February 16.

The group, consisting of Ava Brogan, Eleanor Smith, Elsie Harman, Rionach Nic Conmara and Roisín Noone are reigning Connacht Scór na nÓg Ballad Group Champions for the past four years in a row. 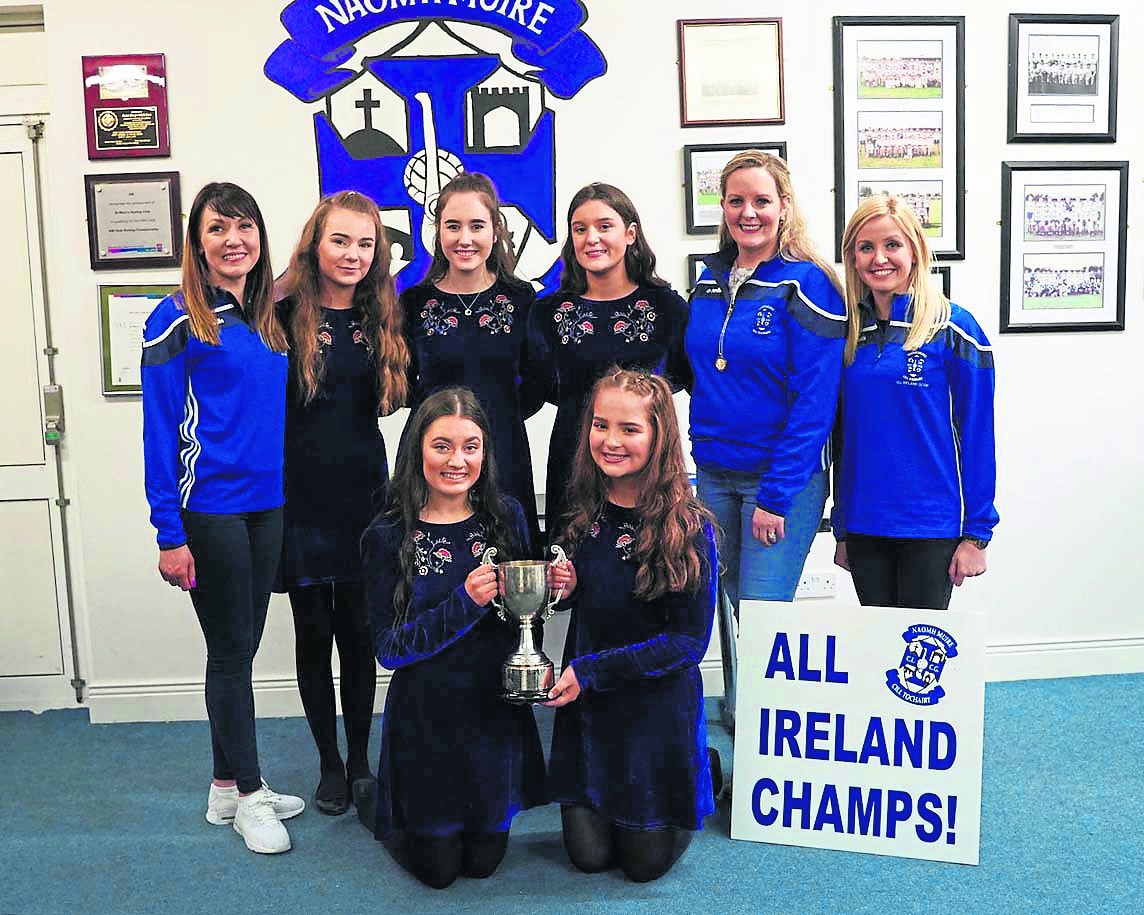 The girls have contested the previous three All Ireland finals in Killarney, Belfast and Sligo. To everyone’s delight, their quest for gold was fulfilled in Castlebar on Saturday.

They sang two beautiful renditions of My Cavan Girl and Eireoimid Feásta and it was more than enough to capture the judge’s vote and earn that coveted All-Ireland title. It is 48-years since St Mary’s won an All-Ireland title. Tom Fitzgerald won a title for recitation at Scór na nÓg in 1971.

Needless to say, the red carpets were rolled out at the St Mary’s club grounds to welcome back the newly crowned champions along with the silverware. 2019 marks the 50th year of Scór which makes it even more special to bring an All-Ireland title back to Leitrim for the 50th anniversary celebrations.

Over the last 50 years, Leitrim clubs have won seven All Ireland titles in Scór na nÓg with St Mary’s adding an 8th title to that list.

It is Leitrim’s first victory in the Ballad Group at Scór na nÓg level.

A huge thank you to mentor, Clodagh Flynn, advisers, club officials, parents, friends and loyal supporters who have helped, encouraged and celebrated with the girls along the way. 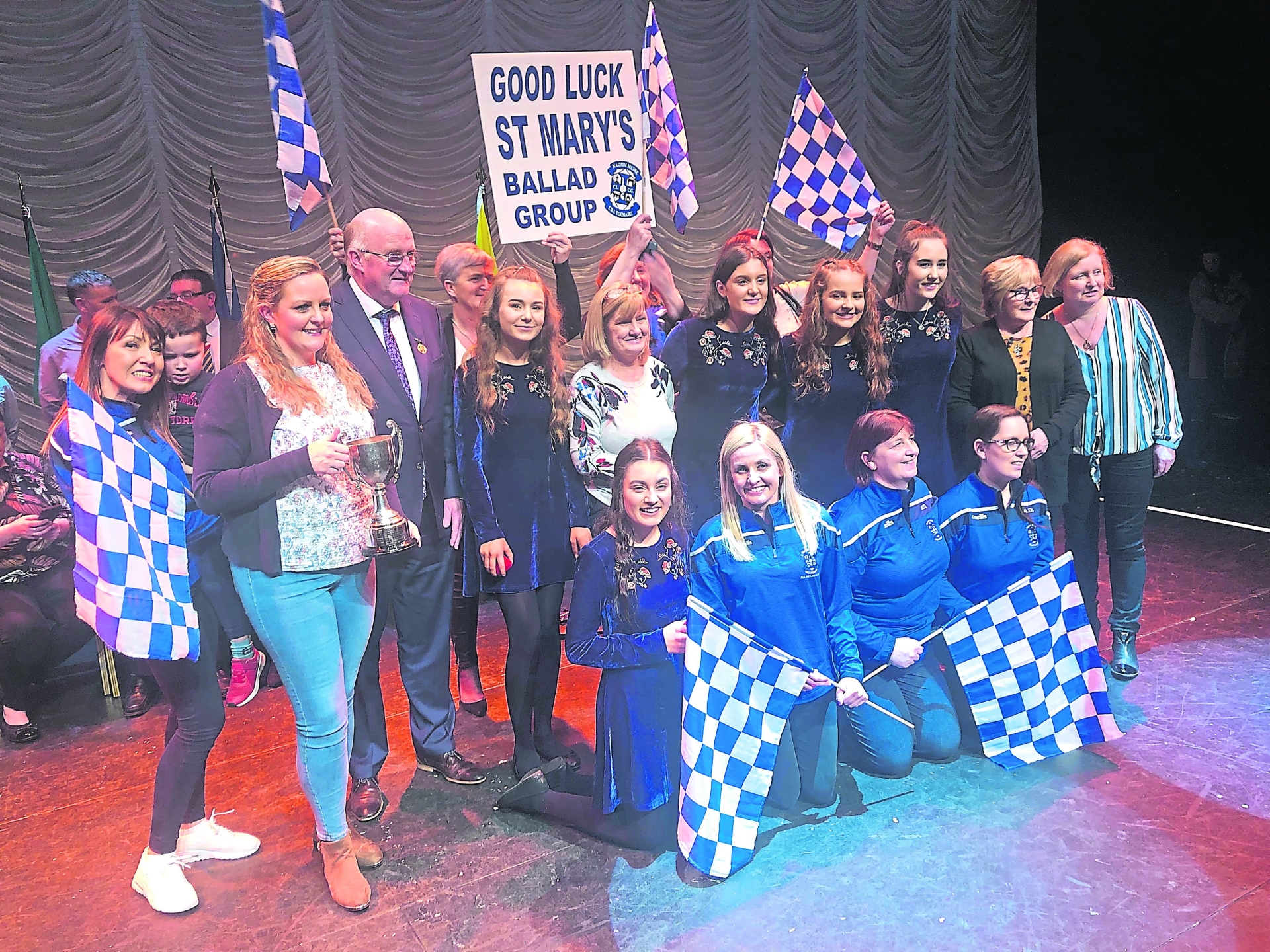