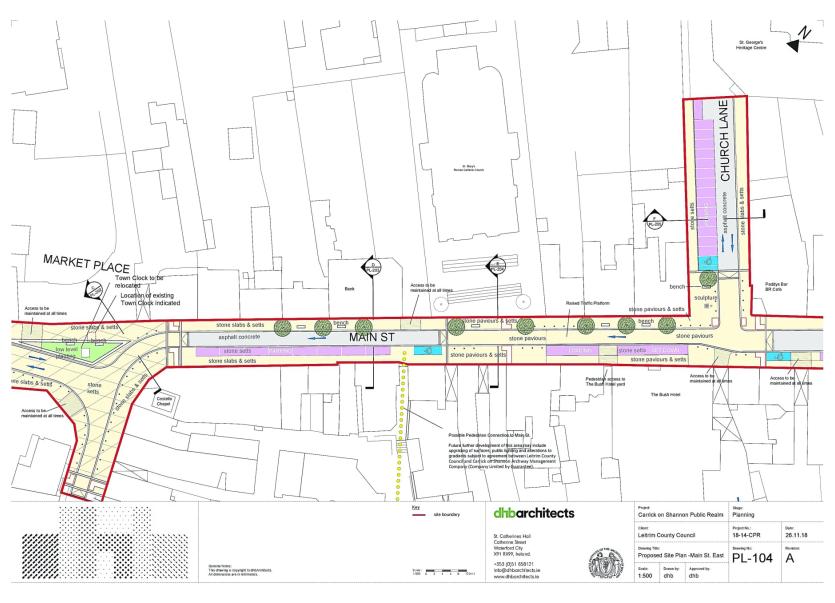 The issue of the public realm improvement scheme for Carrick-on-Shannon was raised at last Monday's meeting of the local municipal district with accusations being made that the council had “misled” the public in regard to the scheme.

Cllr Des Guckian tabled a notice of motion in which he said there was “widespread dissatisfaction” with the scheme and called for “immediate meaningful discussions with affected parties to iron out the difficulties.”

However, it was pointed out that prolonged discussion on the issue actually took place at last month's meeting and the town plan was formally adopted by the members at that meeting.

Cllr Guckian described it as a serious situation that has not been properly considered and argued there has not been ample negotiation with the businesses.
Remarking that he had described the plan at the February meeting as “a well polished veneer” he said the members were “misled” and “not told the full facts and given all the information.” 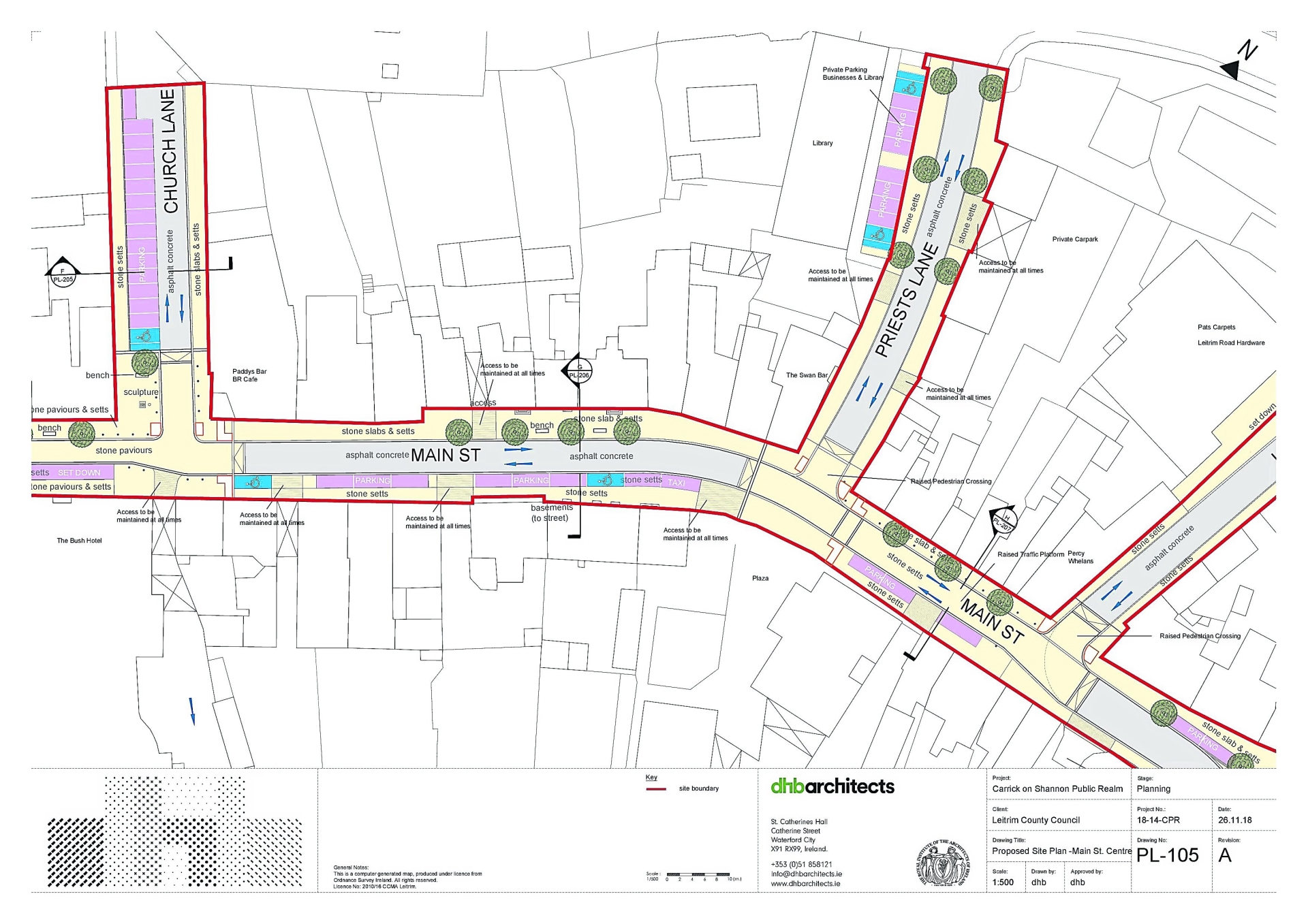 Cllr Guckian added that what was passed the last day “was not the end of it” and suggested there could be “a lot of protests in this town.”
He added that he was not opposed to the plan but the way it is being implemented.

Continuing, he said traders have rights and accused the council of treating them in “a poor and cavalier way” and said it was in the local authority's own interests to treat people decently and ensure they are happy.

Cllr Séadhna Logan said it was his view “there was more information in the domain than was shared with us.” He said "the whole project was very much rushed through" and there is a lot of concern about the Upper Main Street and Summerhill area.
He said they were “speaking in a bit of a vacuum” at the time and that worried him.

Bernard Greene, chief planner, in reply to Cllr Des Guckian, said he was at a loss to understand how people were “misled” and said he took exception to that comment.

He said there was no attempt by the designers or the local authority to disguise the number of parking spaces being removed.
He said members were told that all the options, including what they said at the time, will be taken on board.

He said the Part VIII process was concluded by the decision at last month's meeting at which there was no abstentions, no proposal by any councillor to modify the scheme further than was recommended in the chief executive's report, or to not proceed with the scheme.

Cllr Guckian reiterated his belief that the level of consultation was “not sufficient” and said they should “not accept any more soft talk about this or beating around the bush; it's far too important for that.”
He said it was abundantly clear the project was not working for the locals.
“You are alleging this cannot be reversed. It can be and I'm saying reverse it, go back and start again,” he said.

Cllr Sinead Guckian pointed out that the Part VIII process has been passed and said the issues were discussed at length including loading bays, gradients, wheelchair access, mobility issues and more. She said it is a legal process and they (members) are not going to mislead the people. 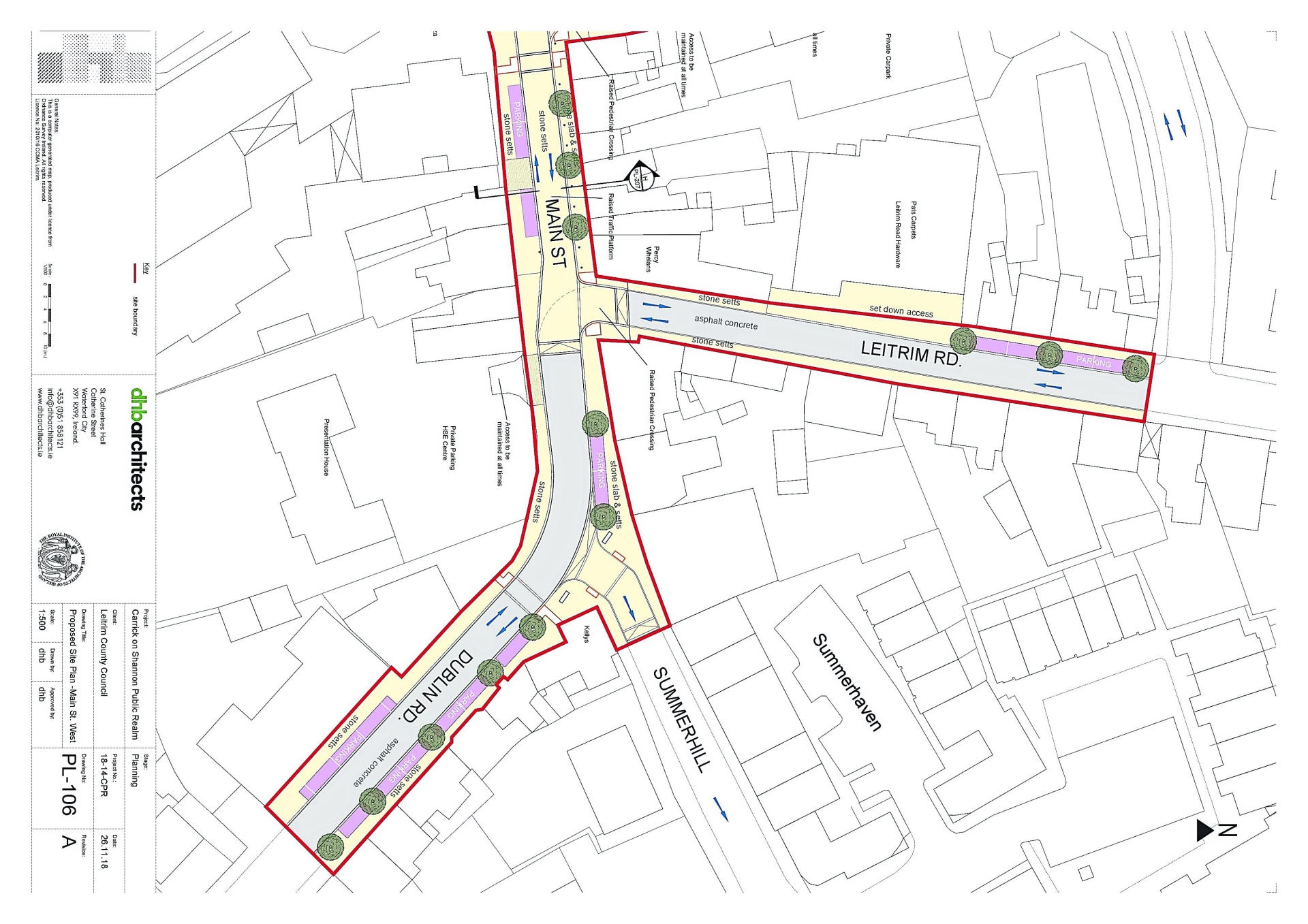 Joseph Gilhooly, director of services, explained that Part VIII is the approval of the whole project through the planning act.
Mr Gilhooly explained that the scheme is about transforming the town and moving it forward to become modern and fit for purpose.

In regard to the formal process, he said they can revisit the information that was delivered last month so long as it has no technical impact or doesn't materially alter the decision that was taken.
“Part VIII isn't available for re-discussion,” he said.

He explained that Part VIII is the approval of the project from a planning perspective in accordance with the planning act and has absolutely nothing got to do with the CPO which he said is a separate process completely. He said CPOs are used sparingly but are used when the common good takes precedence.

“The design was put forward and adopted. It's a detailed modern, forward-thinking design put together by an external group employed by the council who are the best in the game,” he said.

Cllr Finola Armstrong-McGuire said it was very difficult to make everyone happy. She said people were disappointed that everyone who made a submission received the same reply and did not receive a personal reply.
In regard to Flynn's Field, she said there was not a bone in her body that would go against it being used as a car park.
She asked the council to look again at the parking plans for the junction at Summerhill.

In relation to on-street parking, she said businesspeople themselves were among the main culprits. She said she took a photo of a car outside her premises at 10am and again at 1pm; it hadn't moved in that time. "It's (parking spaces) just being taken by the same people," she said. 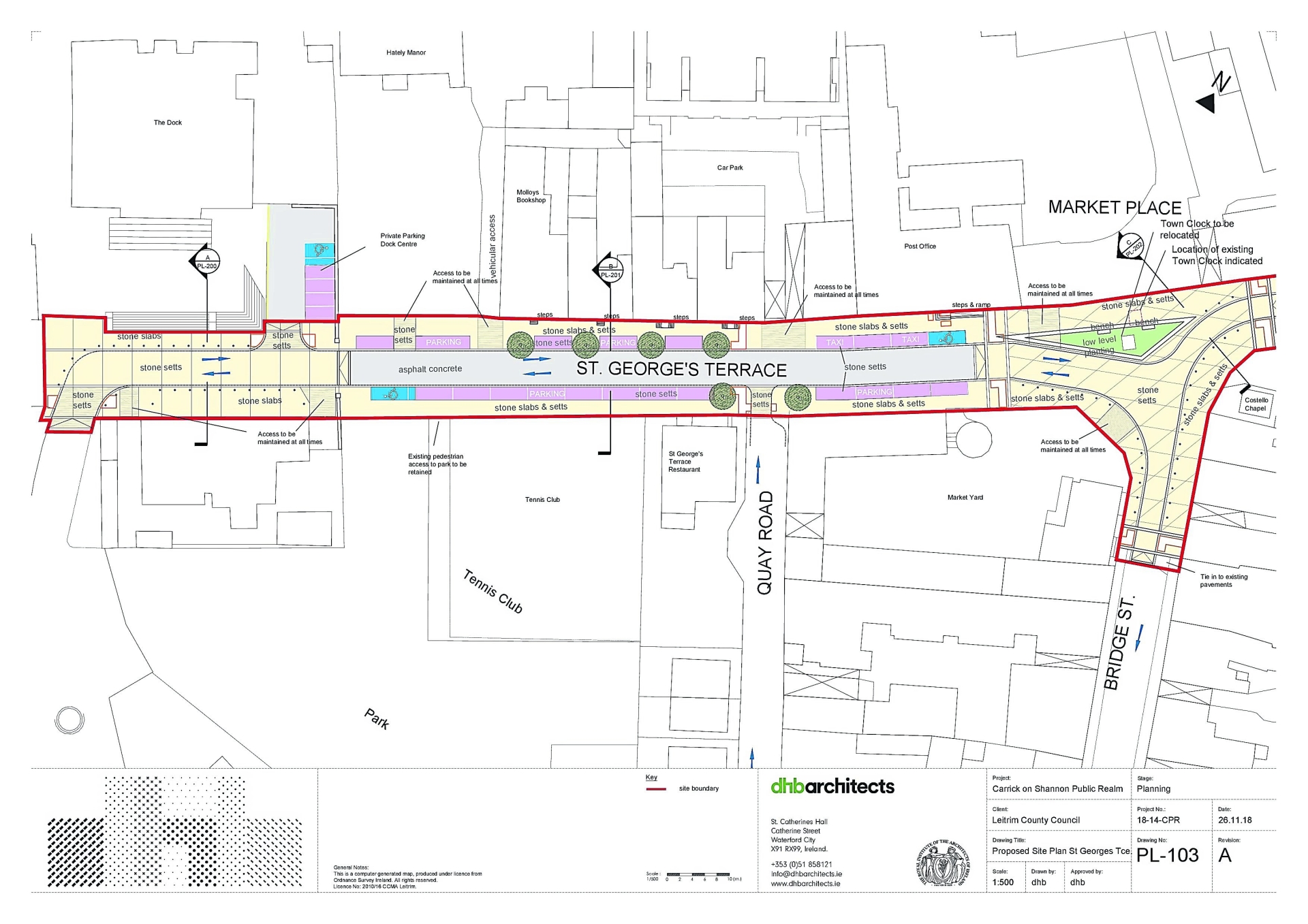 Cathaoirleach, Cllr Enda Stenson said he too shared the genuine concerns regarding the loss of parking space at Summerhill and asked if there will be individual consultations with people who have businesses on Main Street.

In relation to concerns by Cllr Logan about flooding of the new car park, Mr Greene said there is a “very rigorous report” by the consultant engineers and the car park is being raised above the 'one in hundred years' flood level and the access roads at Cryans and the Bush hotels will also be raised.

Mr Greene also repeated that the car park at the fire station is under utilised and is the same distance from the town centre as the proposed new car park at Flynn's Field.

He said the two agreed loading bays will be outside Mulvey's and outside the Tipsy Tailor, the latter also acting as a set down area for buses.

Mr Greene said in relation to the Summerhill junction, the local authority is concerned for the safety of children and pedestrians as at the moment it is being used as an area where cars turn. It is proposed to reduce the width of the road entering Summerhill to three and a half metres, enough for emergency vehicles to enter the road but narrow enough to allow pedestrians to cross safely.

Cllr Des Guckian concluded his remarks by saying: “There's too much talk and too much waffle. I'm not going to sit here and allow it to happen. It's a codology of a plan,” he stated.