Conversations of a Homecoming for Breffni Players 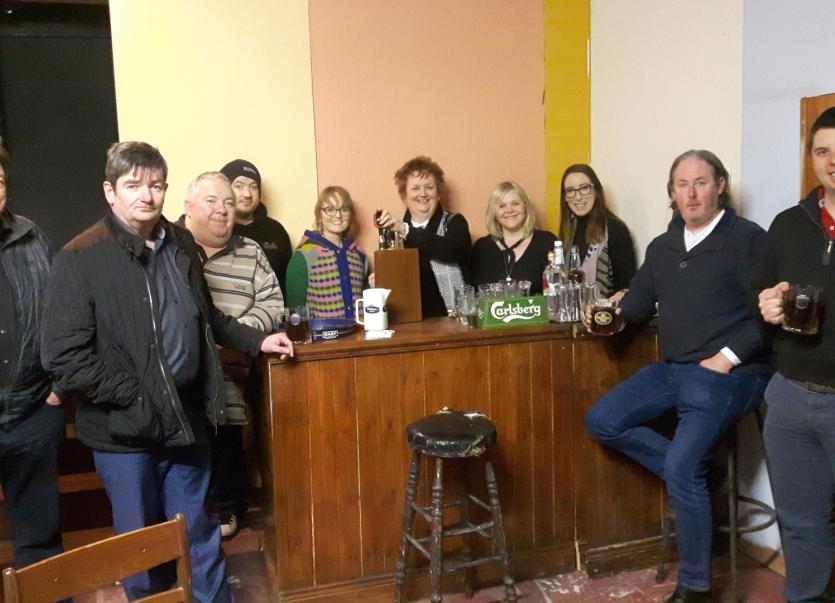 Conversations of a Homecoming for Breffni Players

Following the recent sell out of The Plough and The Stars by Sean O’ Casey, the Breffni Players stay loyal to great Irish playwrights as they present Tom Murphy’s acclaimed play Conversations of a Homecoming.

Set in 1972 in a run-down pub in Galway, the economic downturn and the troubles in Northern Ireland feature amongst some of the many topics of conversation in a one act play which follows the interactions of a group of friends who are gathering together after an absence of ten years.

Michael (Oliver Fallon) returns home from America in the hope of being re-inspired by JJ, the owner of The White House pub and his childhood idol who offered refuge to him and his friends many time during their teenage years.
JJ filled their heads with hope and aspirations, urging them in his many speeches to fulfil their potential and realise their dreams.

In a way, JJ became their very own JFK, captivating Michael and his best friend Tom (Pat Guckian) with his fervent eulogies on youthful idealism, hoping to open their minds to see beyond the parochial perimeters of their rural town.
As they gather in a the pub run by Missus (Annetha Kieran Loughran) and her daughter Anne (Aoife Roddy) the local gang are intrigued by the return of Michael.
Tom, along with other friends, Liam (Martin Branagan), Junior (Dónal Mc Cabe), Johnny (Pat Reid) and Peggy (Eithne Tansey), begin a long process of self-discovery as pints are poured and souls laid bare over the course of a November evening.
This well chosen cast, in the capable hands of director Sinead Quinn, bring Tom Murphy’s characters to life in a very thought-provoking play.

Conversations on a Homecoming runs for four nights from the Tuesday March 26 to Friday March 29 at 8pm in The Dock Theatre, Carrick on Shannon.
Booking on (071) 9650828.