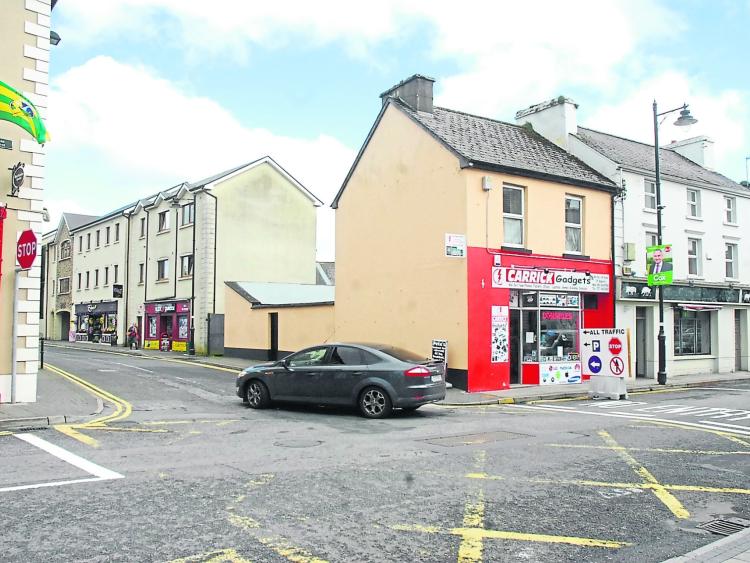 A discussion took place at the Carrick-on-Shannon Municipal District meeting about pedestrian crossings in the county town and the need for more crossings to aid pedestrian movement.
Cllr Paddy Farrell proposed the Council consider a pedestrian crossing on the Leitrim Road. He said there has been “a few near misses in this location some of which have been brought to the attention of the Gardai.”
In reply, Cllr Farrell was informed that the new regeneration works being carried out in Carrick-on-Shannon will look at the possibility of creating elevated 'table top' junctions at the Leitrim Road and Park Lane junctions. This will help cater for easier pedestrian movement.
The Council will also look at the possibility of a pedestrian crossing at the Fire Station to allow easier access to the adjacent car park.
Cllr Sean McGowan supported the motion and said it was timely and could be considered as part of the urban regeneration of Carrick-on-Shannon.
Cllr Enda Stenson commented that the new traffic layout in the town is very good and is working exceptionally well.
He said, however, that a crossing is needed to the Fire Station car park at some stage.
Cllr Des Guckian asked Cllr Farrell where he envisaged such a crossing on the Leitrim Road and Cllr Farrell said somewhere around the hardware store while Cllr Stenson said it might be better at the Social Welfare office crossing to the Health Board offices.
Cathaoirleach, Cllr Finola Armstrong-McGuire supported the motion and said pedestrians who wished to go up towards St Patrick's Hospital had to go up the town on the left hand side (due to the difficulty crossing the Dublin Road from Presentation House to Kelly's shop).
She said, “It has to happen because we have to encourage people to walk in Carrick-on-Shannon.”
Cllr Stenson questioned if there will be a vision of what the various pedestrian crossings will look like before they are done.
Darragh O'Boyle, area engineer, said they have been talking with the Gardai in relation to it and described it as “a bit of a challenge at some junctions.”
He said it is proposed to have pedestrian ramps (table tops) at Taylor's, Lowe's, the Social Welfare office and the Fire Station.
Detailed design maps will be up in the next couple of weeks in the window of the old bookshop on Main Street.
“We need to look at the vulnerable road users, pedestrians and cyclists; there's a lot of movement from the Fire Station car park across to the library,” Mr O'Boyle said.
Cllr Thomas Mulligan also supported the proposal.