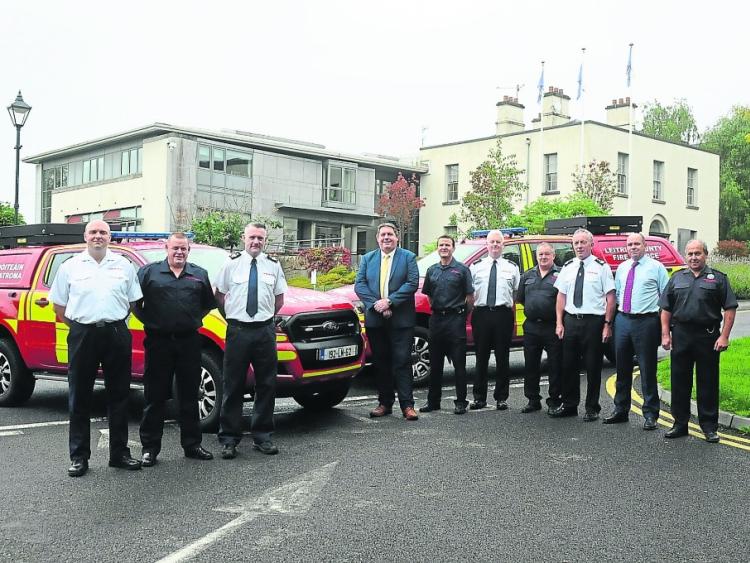 The new fire vehicles were assigned to Mohill and Ballinamore fire stations to replace their existing vehicles. The vehicles were purchased as part of a government procurement contract. Capital funding amounting to €88,000 was received from the Department of Housing, Planning and Local Government for the two new vehicles.

Commenting on the delivery of the new vehicles, Council Vice Chairman, Cllr Sean McGowan welcomed the continued investment of capital funding in the fire services in the county.

He complimented the Chief Executive Lar Power, Head of Finance, Vincent Dwyer, and Chief Fire Officer, Finian Joyce for their efforts in securing the new fire vehicles for the county.

He was delighted Leitrim County Council had secured capital funding for the vehicles as part of the Fire Service Capital funding programme and hoped that it would be successful in the next round of funding for additional frontline vehicles.

Vincent Dwyer, Head of Finance commented that “the arrival of the two new fire vehicles is a most welcome addition to the resources of the fire service in Leitrim”.

Chief Fire Officer, Finian Joyce was pleased that the fire service had increased its capability of dealing effectively with all types of risks in the county.

He said, “The two new vehicles are equipped with the most up-to-date traffic management signs to assist in dealing with scene safety at road traffic accidents on the busier national primary and secondary routes.

“Such an investment will improve the effectiveness and safety of our fire crews in dealing with all types of incidents. This investment is needed to keep our fleet up to date”.

He thanked his own staff for their hard work in delivering the vehicles to such a high standard of workmanship. The two new vehicles have been put into operational use immediately.

Read Also: Concerns over access to car park at top of Ballinamore