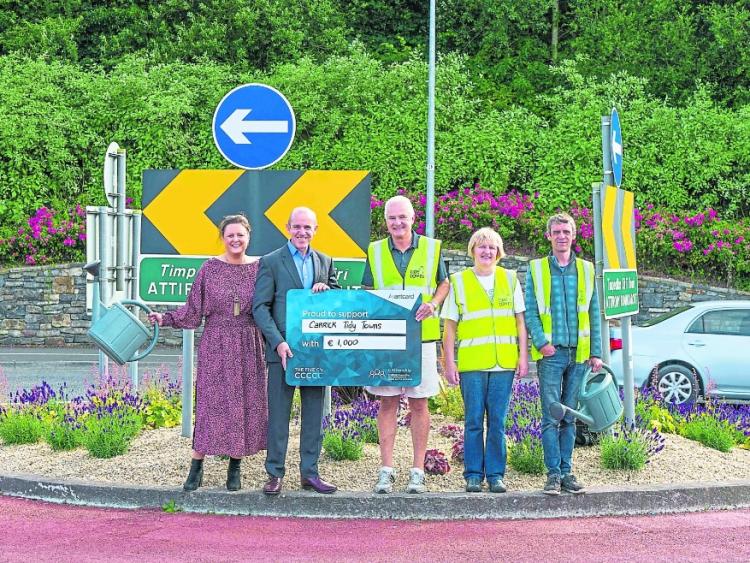 Having last year ended Dromod’s 39 year reign as Leitrim’s tidiest town, this year results from the SuperValu Tidy Towns competition have revealed that Carrick-on-Shannon has retained its place as Leitrim’s number one in the competition.

In total, 17 towns and villages from all parts of the county competed in the competition with all of those areas recording an increase from last year’s points tally.

The overall award was won by Glaslough in Co Monaghan with an impressive points tally of 346.

The towns and villages were separated into categories based on their size with smaller areas such as Drumsna, Newtowngore and Tullaghan place in category A. The likes of Carrigallen, Drumshanbo and Mohill featured in category B, while category C consisted of Dromahair, Manorhamilton and Kinlough. Carrick-on-Shannon was Leitrim's only representative in category D of the competition.

Each town's individual adjudicator's report can be read online at tidytowns.ie. The adjudicators judged each town and village on a number of criteria. They were indidually assessed under the following headings: Community – Planning and Involvement; Streetscape & Public Places; Green Spaces and Landscaping; Nature and Biodiversity in your Locality; Sustainability – Doing more with less; Tidiness and Litter Control; Residential Streets & Housing Areas and finally, Approach Roads, Streets & Lanes.

Carrick-on-Shannon, with 336 points, also received €1,000 in recognition of being Leitrim's Tidiest Town.

The adjudicator's report for Carrick-on-Shannon was very favourable, commenting: “ I found Carrick-on-Shannon a delightful place to visit whether you want to wander around the town and take in its fine buildings and heritage or enjoy being beside the banks of the Shannon taking in the fresh air and I agree with the comments and marking of the first adjudicator.”

The Leitrim 2019 Tidy Towns results were as follows: